This item is SOLD OUT and NO LONGER AVAILABLE

Our collections are crafted in small batches by a group of exceptional artisans who are working hard to meet high demand and overcome the worldwide complications caused by the COVID-19 pandemic.

Supplies of this item are limited and we expect it to sell out soon, especially as we get closer to the holidays. 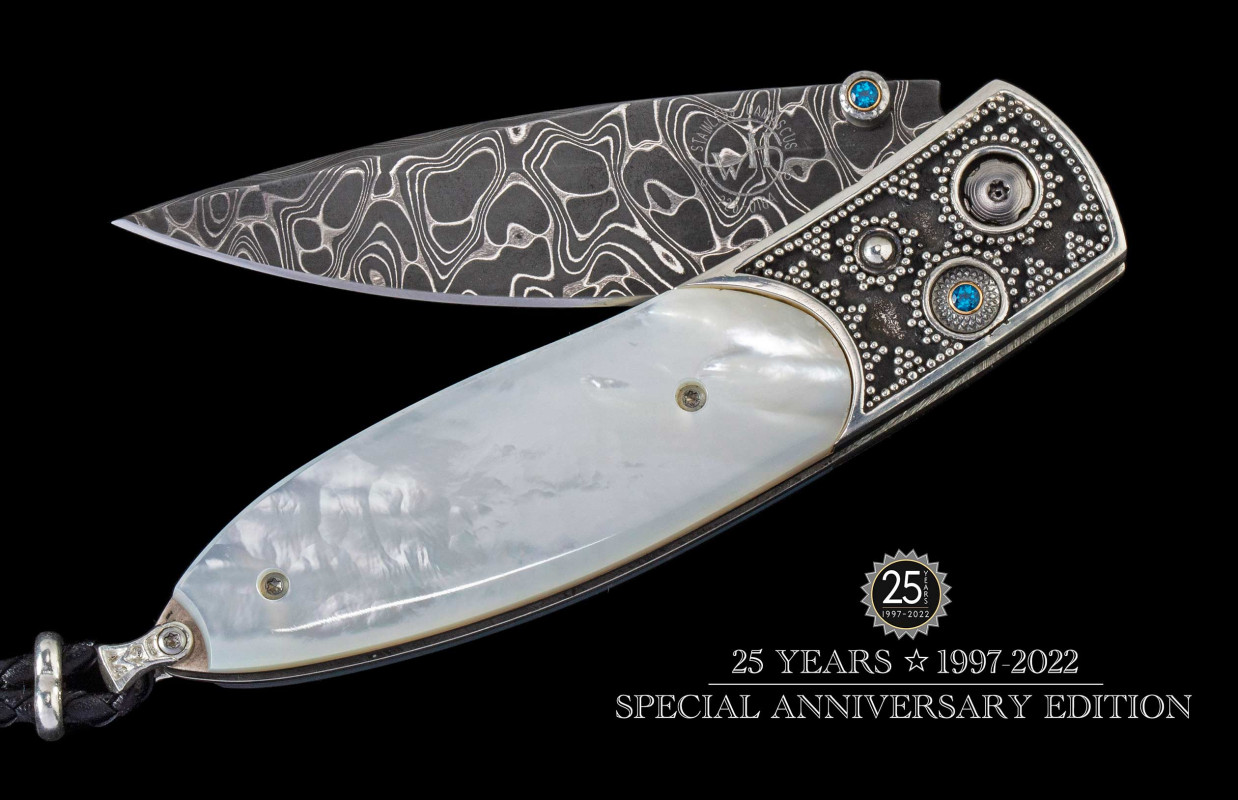 The Monarch 'Twenty-Five II' features a beautiful frame adorned in Sterling Silver granulated beads, a traditional smithing technique known as Jawan, which was used in several of William Henry's early knife designs, and has not been featured in our collection for over 20 years. The handle is inlaid with Mother of Pearl. The blade is hand-forged 'Intrepid' damascus by Chad Nichols. The one-hand button lock and the thumb stud are set with Kashmir blue topaz gemstones.The Monarch is a simple design that is easy on the eye and effortless in the hand; the elegant shape of the handle on this model is also an ideal canvas to showcase several of William Henry's most admired exotic materials. 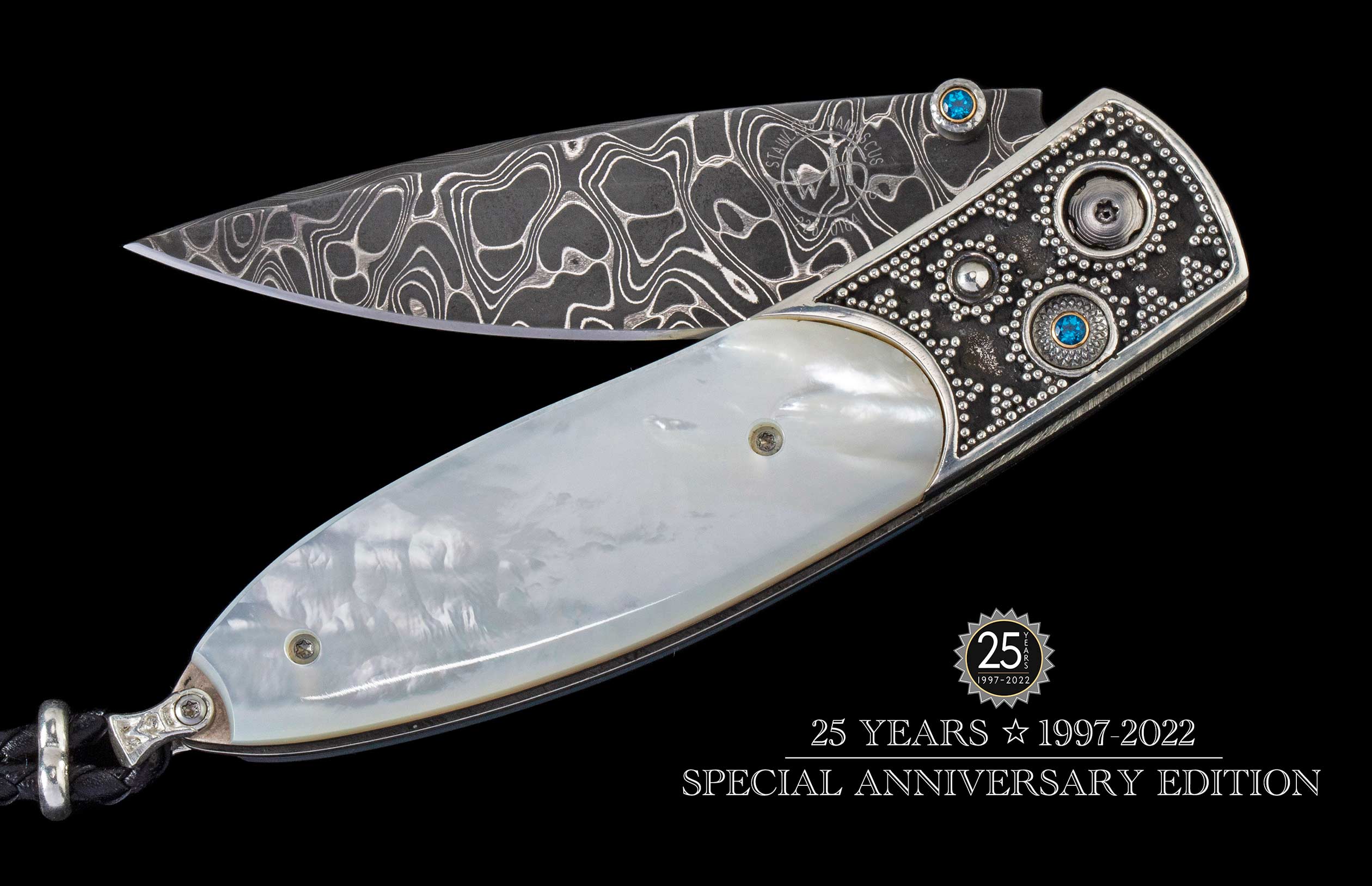 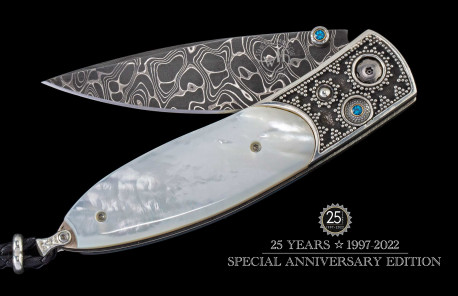