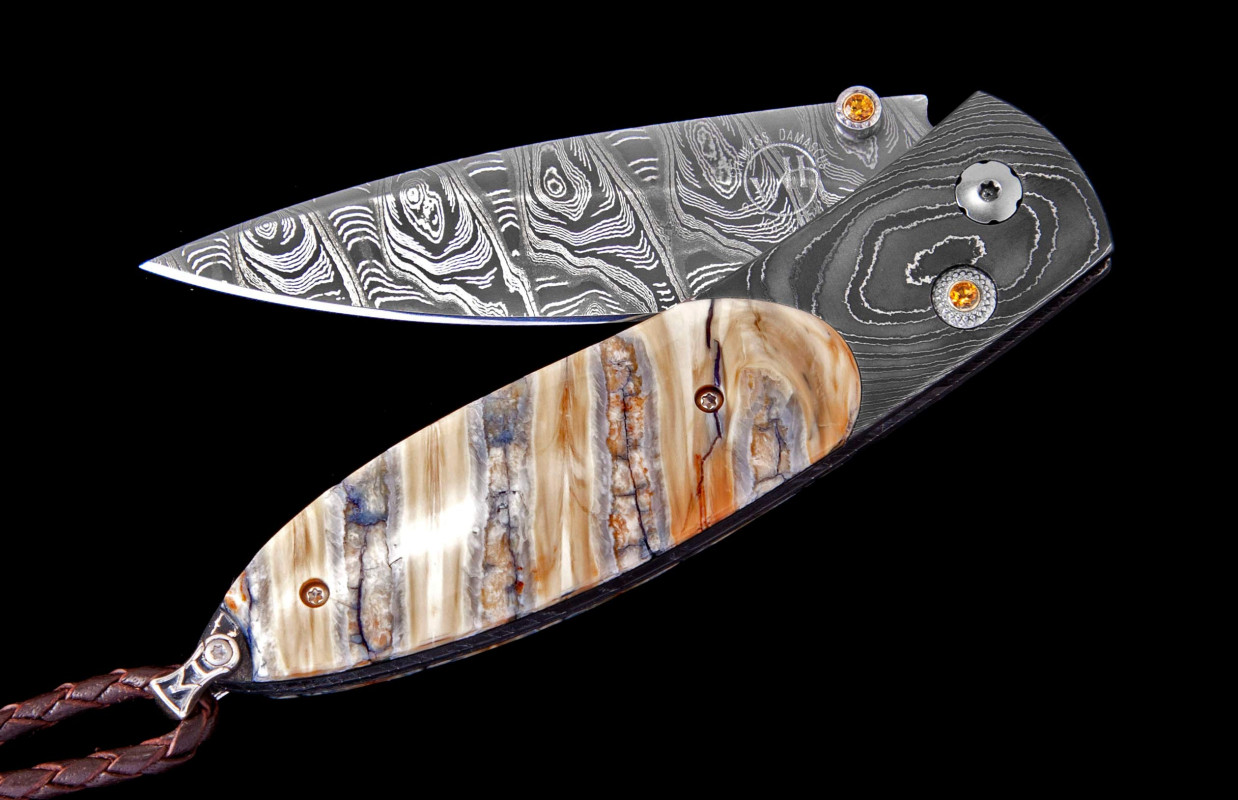 Skip to the beginning of the images gallery
The Monarch 'Archetype' features a beautiful frame in hand-forged 'Twist' damascus by Chad Nichols, inlaid 10,000 year-old fossil Woolly Mammoth tooth. The blade is hand-forged 'Hornets Nest' damascus steel by Mike Norris. The one-hand button lock and the thumb stud are set with citrine gem stones. The Monarch is a simple design that is easy on the eye and effortless in the hand; the elegant shape of the handle on this design is also an ideal canvas to showcase exotic materials. The 'Archetype' features a perfect synthesis of William Henry's most admired and distinctive forged metals, and exotic materials; a distinctive personality statement to be worn and used for a lifetime before being handed down to another generation. 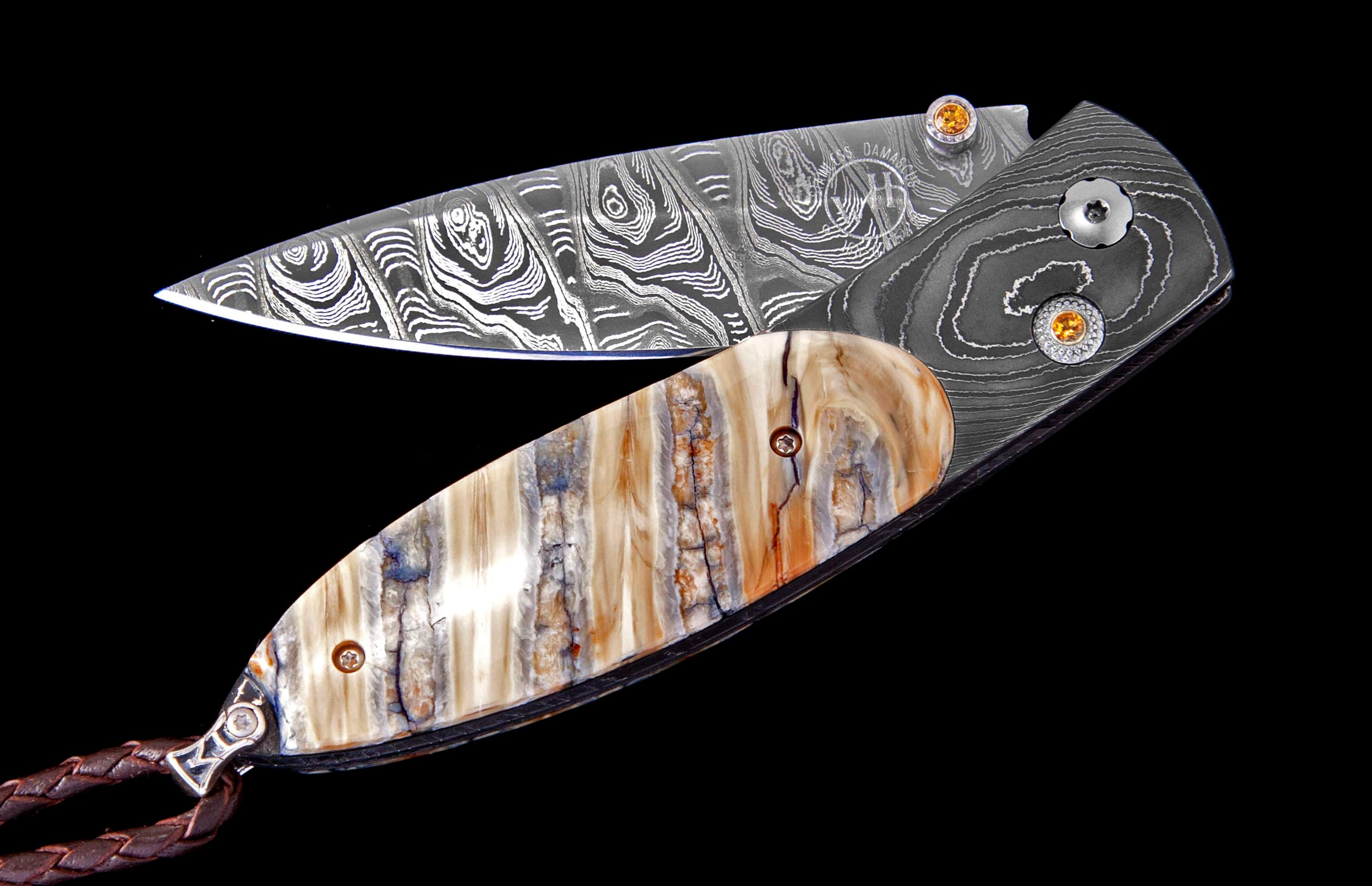 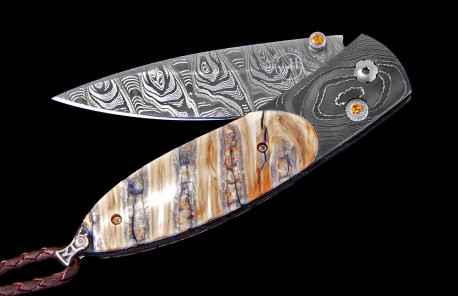