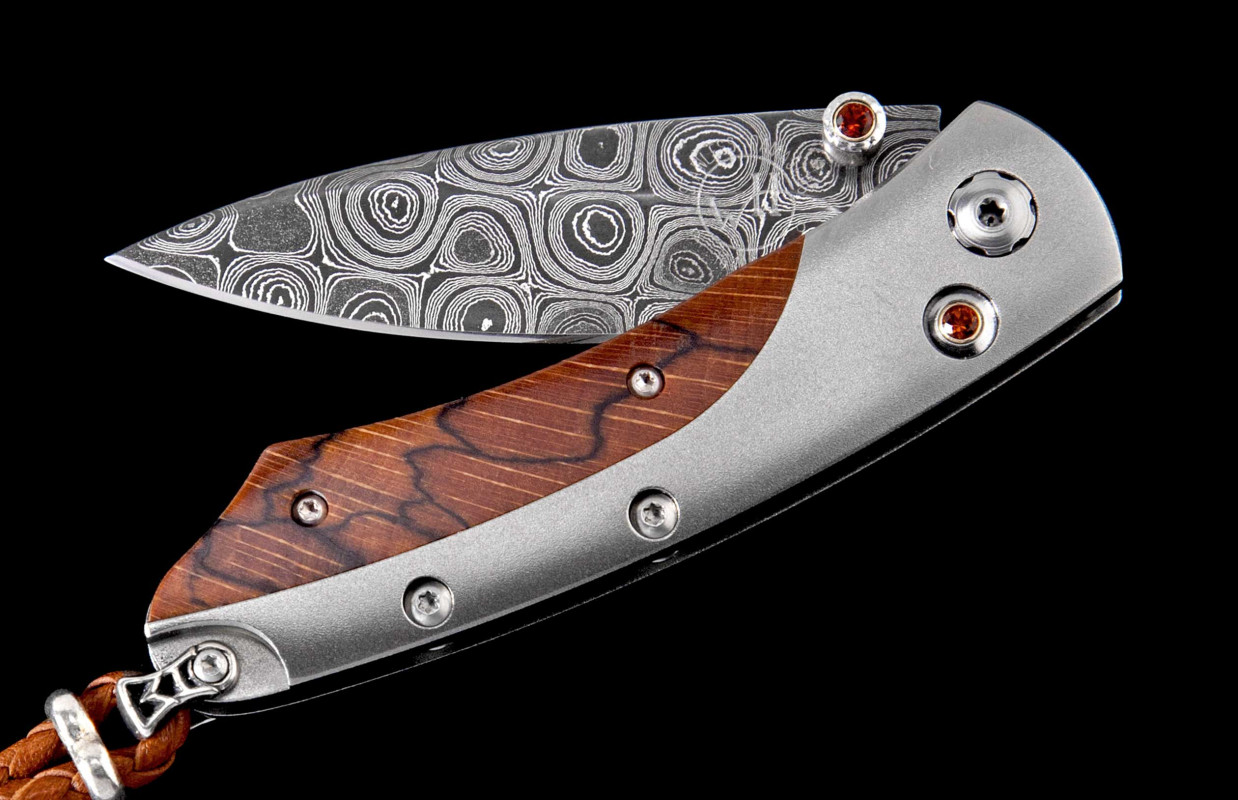 The Pikatti 'Summer Rain' features a beautiful frame in aerospace grade Titanium, inlaid with Orange spalted beech wood. The razor-sharp blade is 'Raindrop' damascus steel hand forged by Mike Norris. The one-hand button lock and the thumb stud are set with citrines. The perfect companion for every occasion, the Pikatti is the smallest of William Henry's folding knives, and the 'Summer Rain' also features some of the exotic materials and forged metals of our collection. 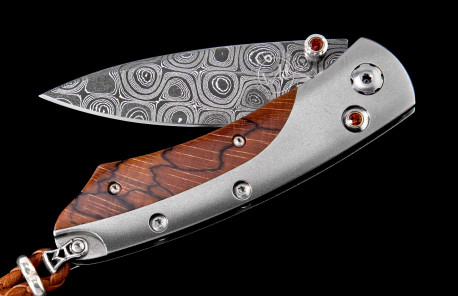 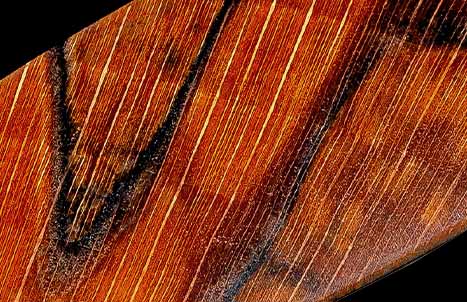 Beech is an important and widely-used hardwood. Its hardness, wear-resistance, strength, and excellent bending capabilities, make this hardwood a mainstay for many skilled woodworkers. Depending on soil conditions, Beech can grow to very large sizes.
The veneer tends to be slightly darker colored, as slicing the veneer usually requires the wood to be prepared with steam, which gives the wood the beautiful golden tone