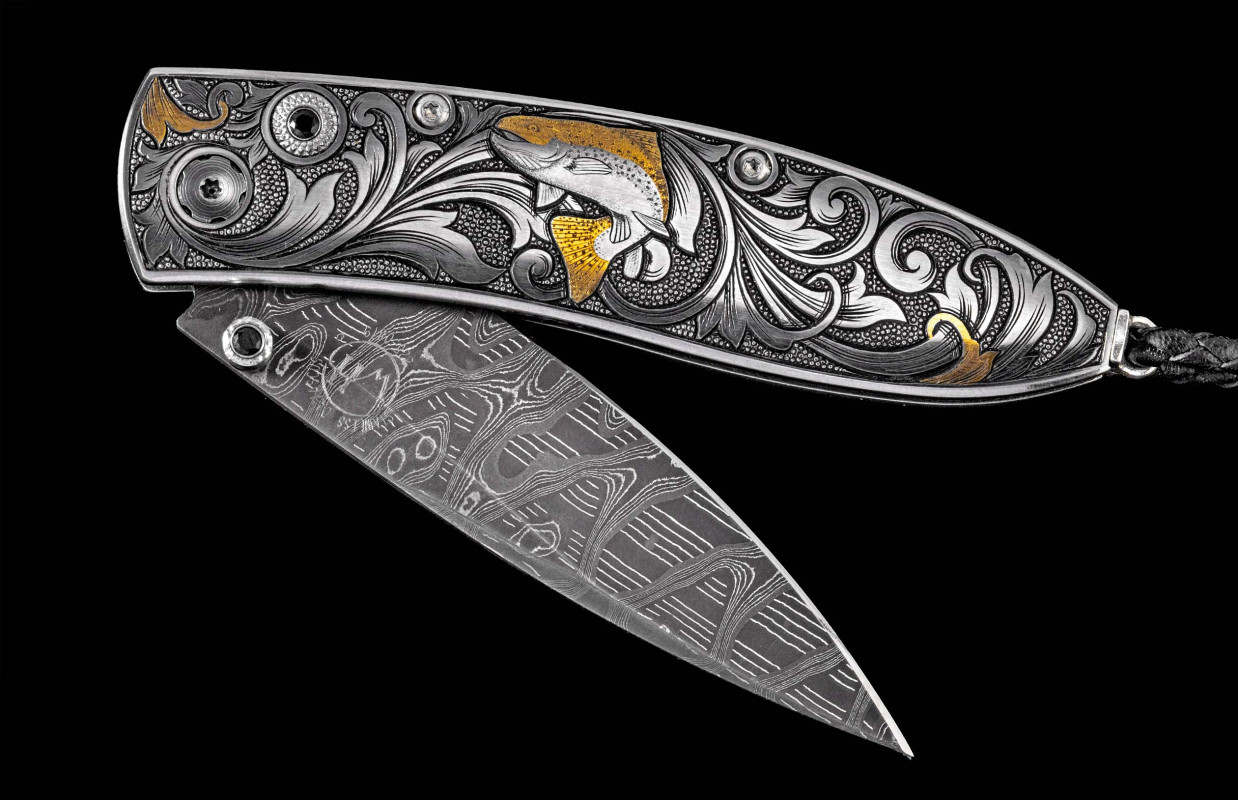 The Monarch 'Trout & Fly II' features a beautiful hand-engraved handle with 24K gold inlays by Tim George and Lisa Tomlin. The blade is hand-forged 'Hornets Nest' damascus by Mike Norris. The one-hand button lock and the thumb stud are set with spinel gemstones. The Monarch is a simple design that is easy on the eye and effortless in the hand. The 'Trout & Fly II' features some of William Henry's signature metals, and represents the perfect synthesis between elegance, function, modern and exotic materials; a distinctive personality statement to be worn and used for a lifetime. 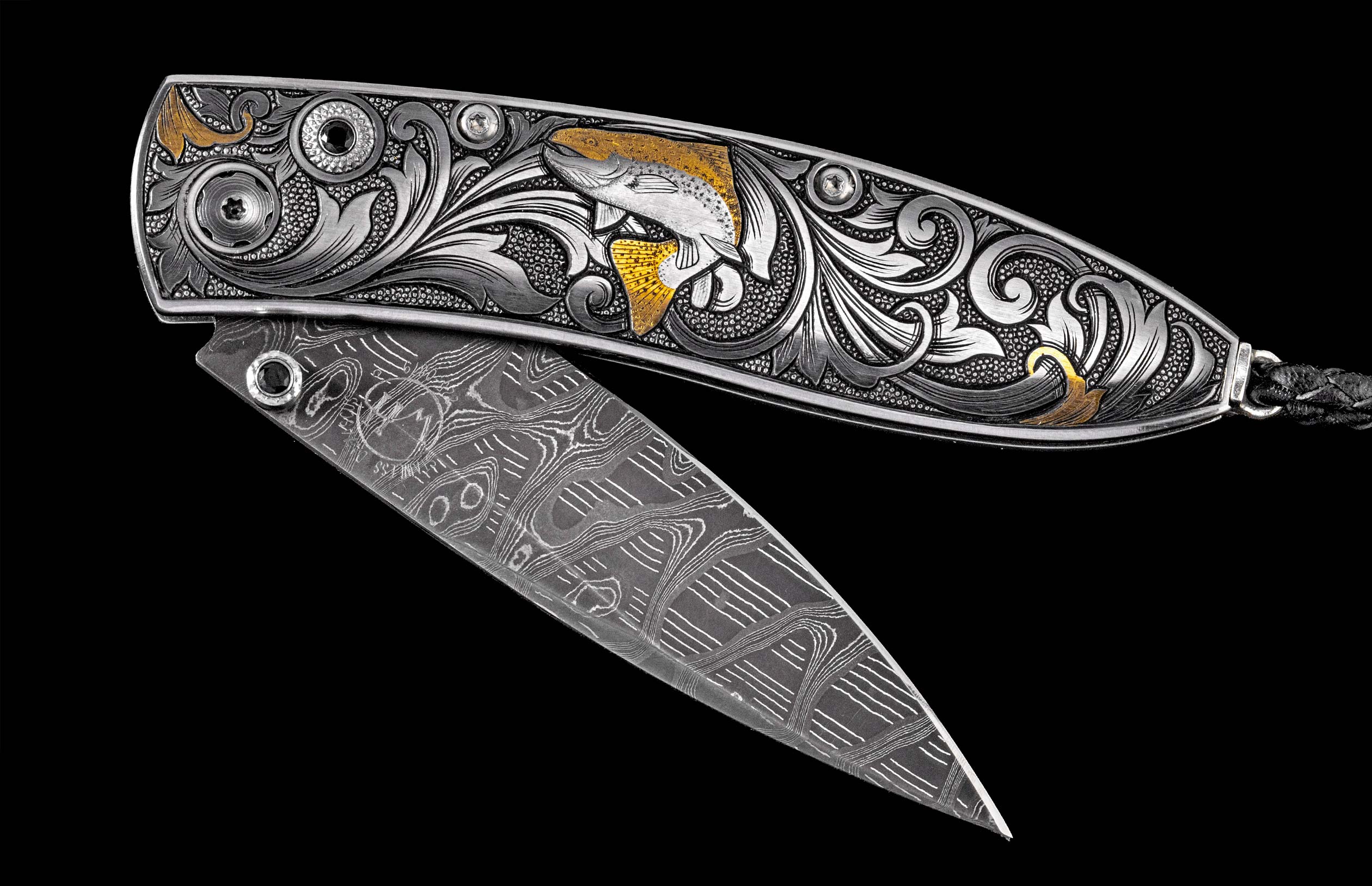 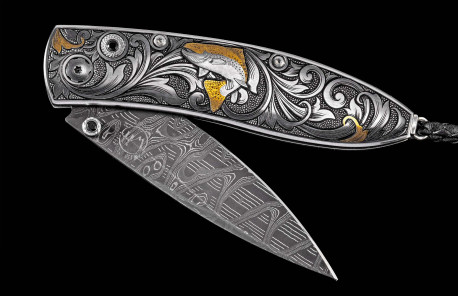