Edition of 250 pieces -
SKU
B05 HEAT WAVE
The Monarch 'Heat Wave' features a light and resilient frame which is machined from aerospace grade titanium, then finished with a fine blast-polishing. The unique...
Read More
$1,250.00
Pay over time with 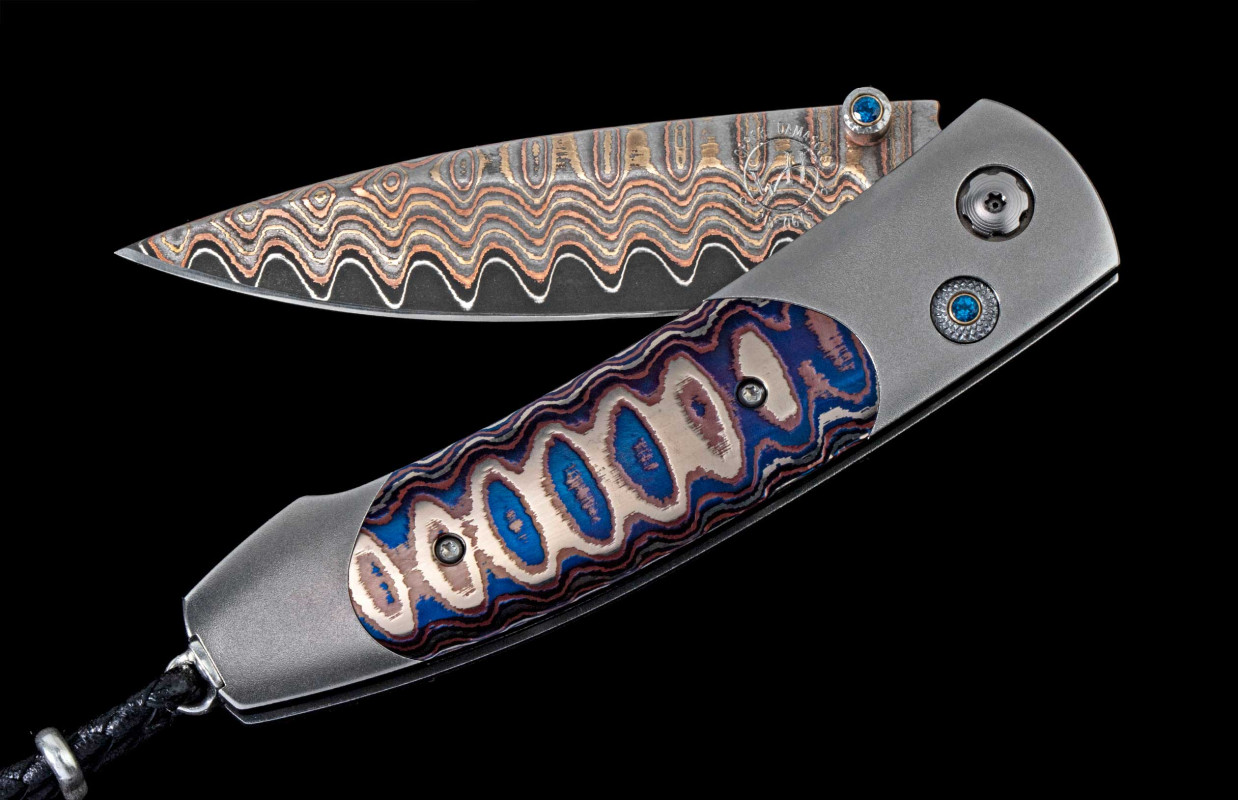 The Monarch 'Heat Wave' features a light and resilient frame which is machined from aerospace grade titanium, then finished with a fine blast-polishing. The unique inlay is crafted from heat-colored 'Wave Mokume'. The blade is crafted from the striking 'Copper Wave' damascus steel; with an extra strong core in VG-5. The one-hand button lock and the thumb stud are set with Kashmir blue topaz gemstones. The Monarch is a simple design that is easy on the eye and effortless in the hand; the elegant shape of the handle on this design is also an ideal canvas to showcase fine hand-engraving or exotic materials. The 'Heat Wave' features the rich and unique synthesis between function, exotic materials, and the superlative artistry that is the hallmark of William Henry's collection. 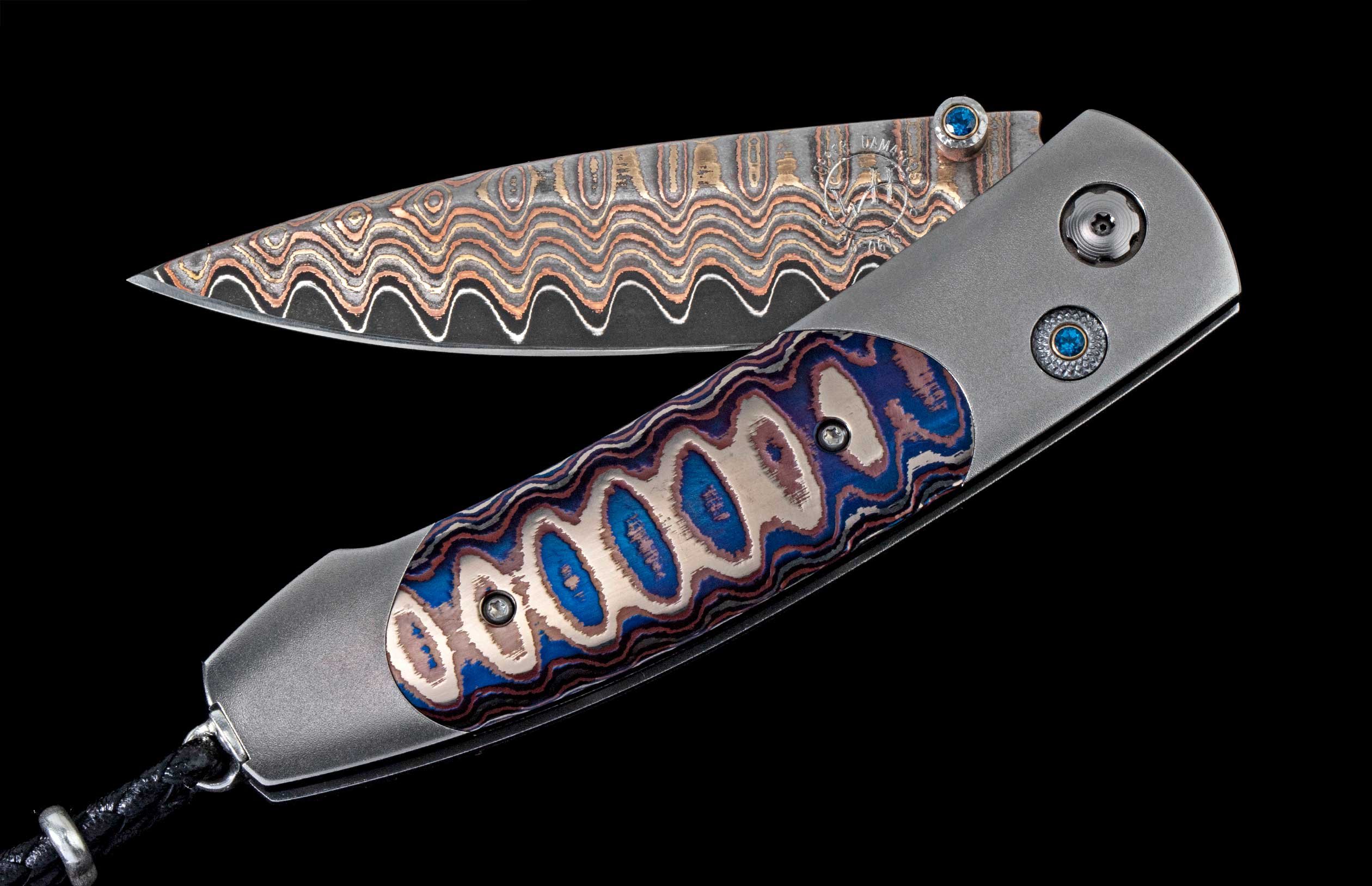 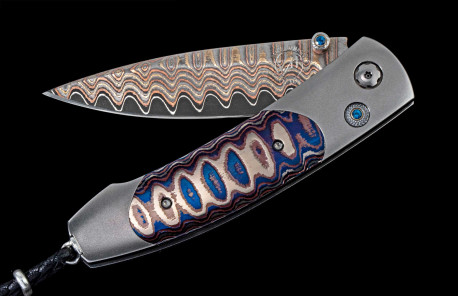