SKU
B02 YORICK
The Morpheus is the world’s first luxury pendant knife, created to be worn on the neck or carried in the pocket. The 'Yorick' is a bold sterling silver pendant...
Read More
$995.00
Pay over time with 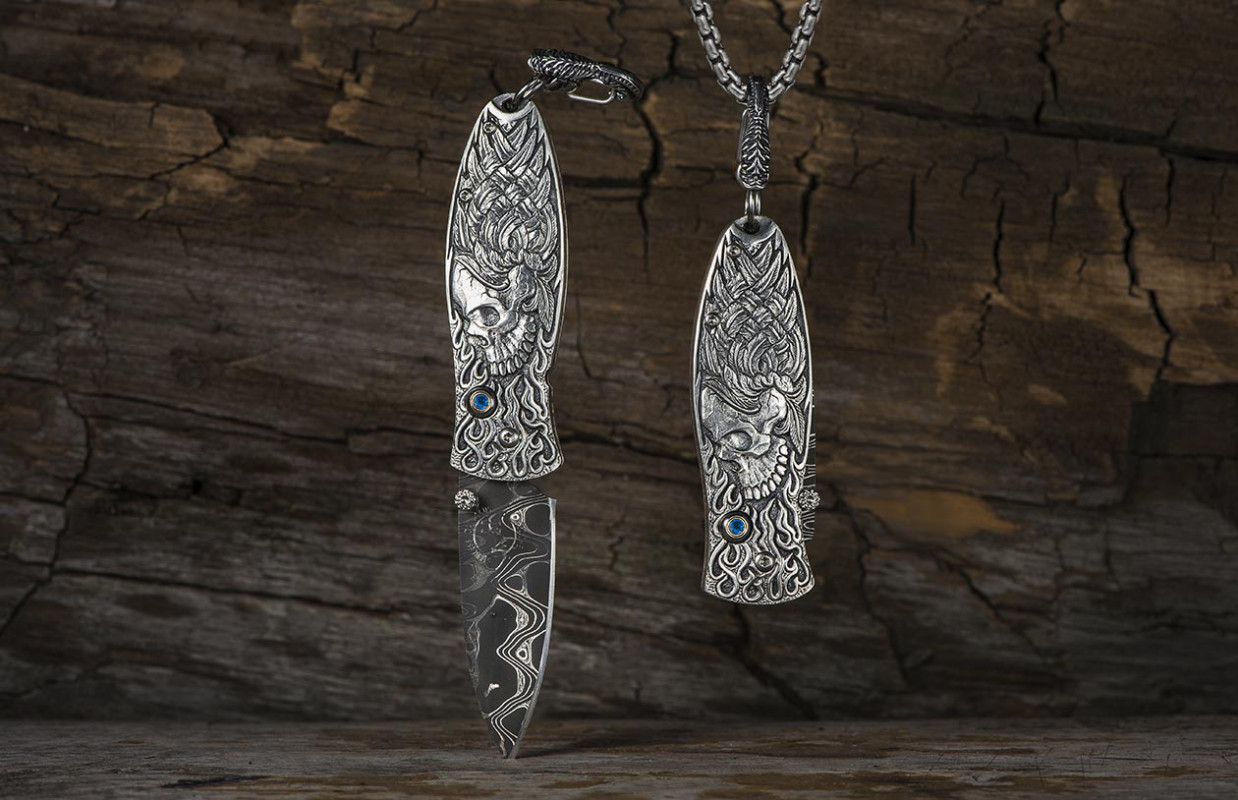 The Morpheus is the world’s first luxury pendant knife, created to be worn on the neck or carried in the pocket. The 'Yorick' is a bold sterling silver pendant finely cast with timeless skull symbols, featuring a hidden, state-of-the-art blade made from 'Intrepid' damascus steel, hand-forged by master forger Chad Nichols from hundreds of layers of different steel alloys and folded into unique tapestries reminiscent of waves and flowing water. A dramatic Kashimir blue topaz conceals William Henry’s button lock ensuring that the blade is securely locked both open and closed, for safe wear and carry. The 'Yorick' comes on a sterling silver chain with a sterling clasp. A quick release clasp, also from sterling, allows you to take the knife off the cord for use, or to attach the knife to a keychain or wherever it will best serve! 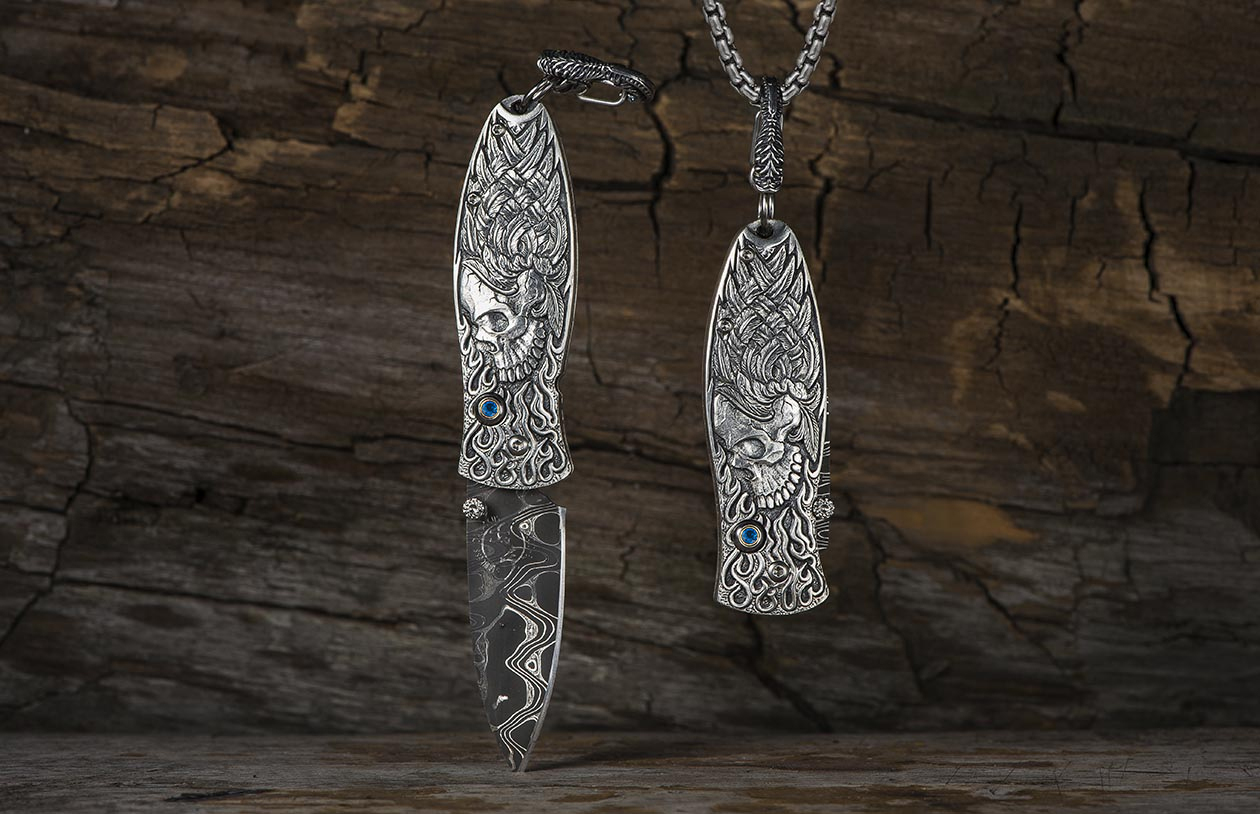 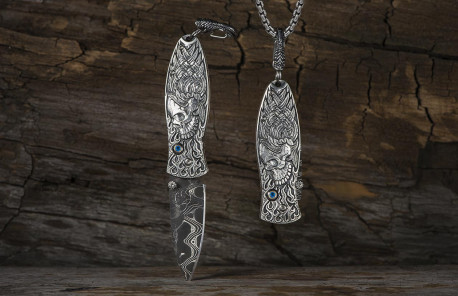