Skip to the beginning of the images gallery
This fine William Henry key chain features a sculpted bronze skull bead, with an antique patina and set with two spessartite gemstones.  The brown leather lanyard is finished with a bronze skull ‘slider’, bronze knot retainer, and a black nickel-coated clasp. Comfortably sized, elegant and masculine, the Touchstone keychain is the perfect addition to a man's pocket; a distinguished personality statement to be used and carried for a lifetime. 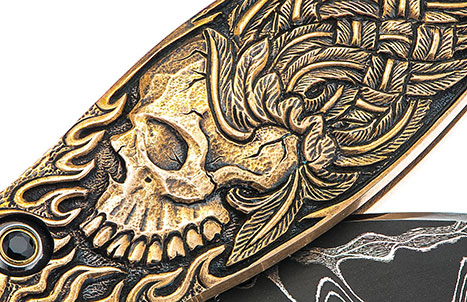