Edition of 25 pieces -
SKU
RB8 DODGERS
The Cabernet 'Dodgers' features wood from seats of Dodger Stadium, and a light structure in aerospace grade titanium and aluminum. The accents on the carbon fiber...
Read More
$1,250.00
Pay over time with 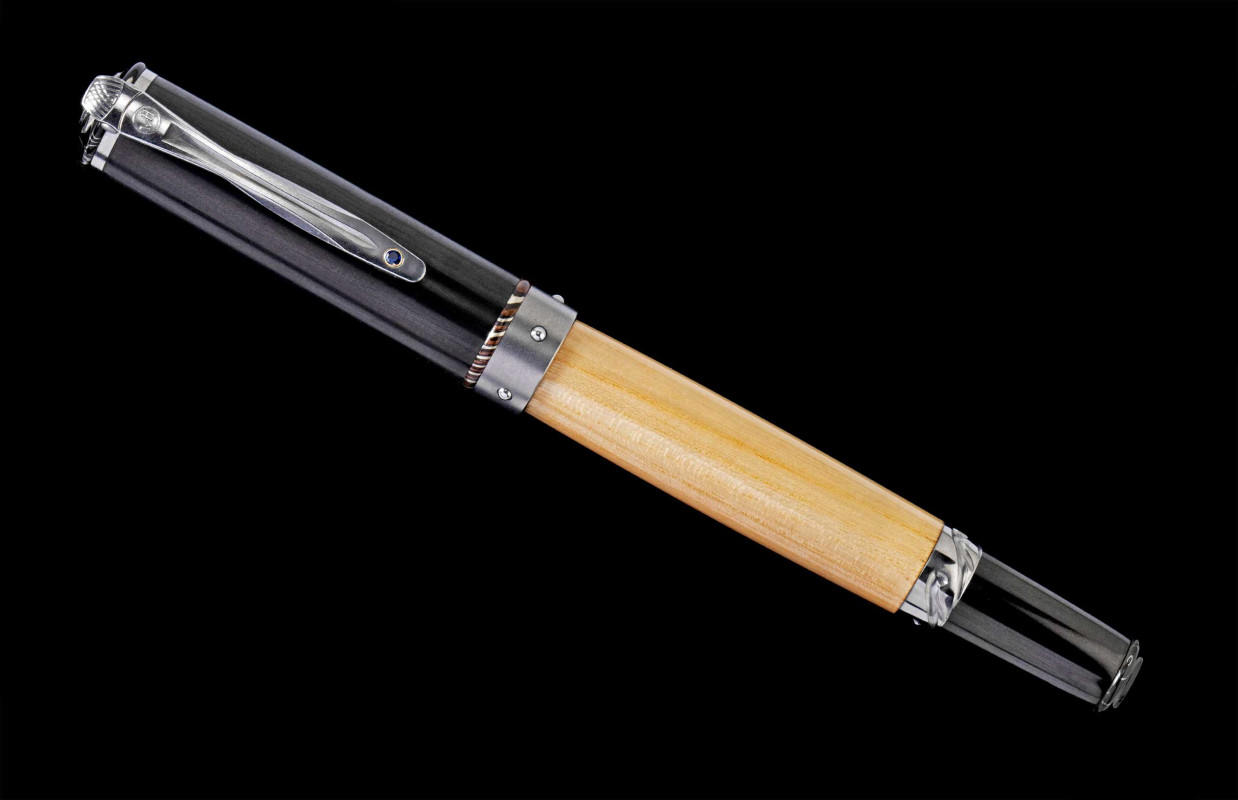 The Cabernet 'Dodgers' features wood from seats of Dodger Stadium, and a light structure in aerospace grade titanium and aluminum. The accents on the carbon fiber cap are in Mokume Gane and the pocket clip is set with a Sapphire. This writing instrument also features William Henry's patent-pending Wavelock™ cap closure system – a ring of chromium steel balls embedded in a titanium ring which are captured in wave-shaped grooves in titanium collars for closed and post positions. The Cabernet 'Dodgers' is a limited worldwide edition of 25 pieces, and the storied wood barrel confers to each of them a distinct and original personality. Much like their owners, no two pens are ever alike. 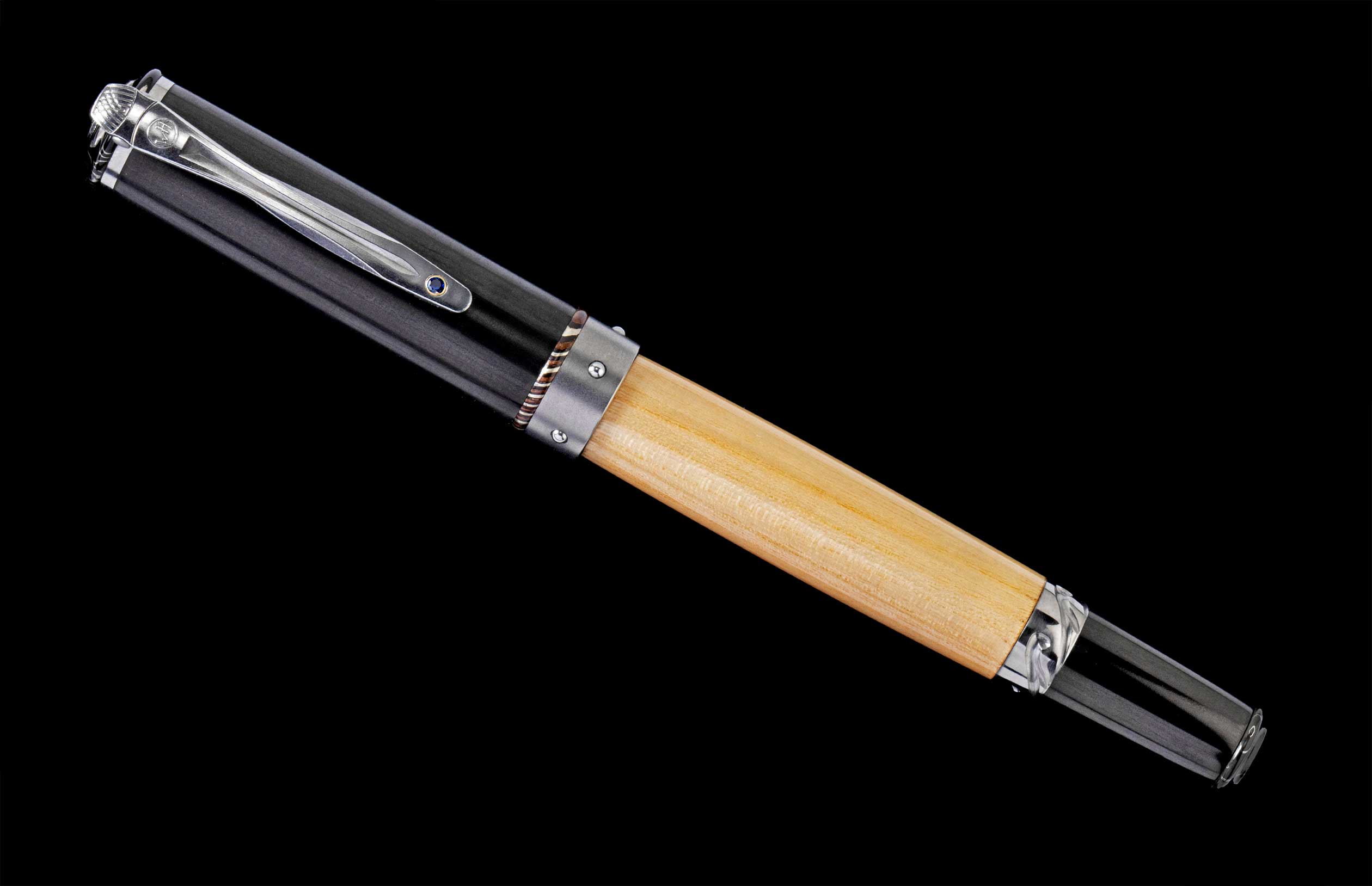 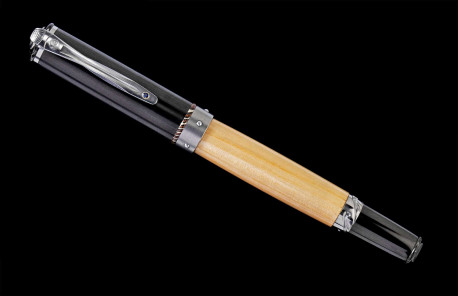