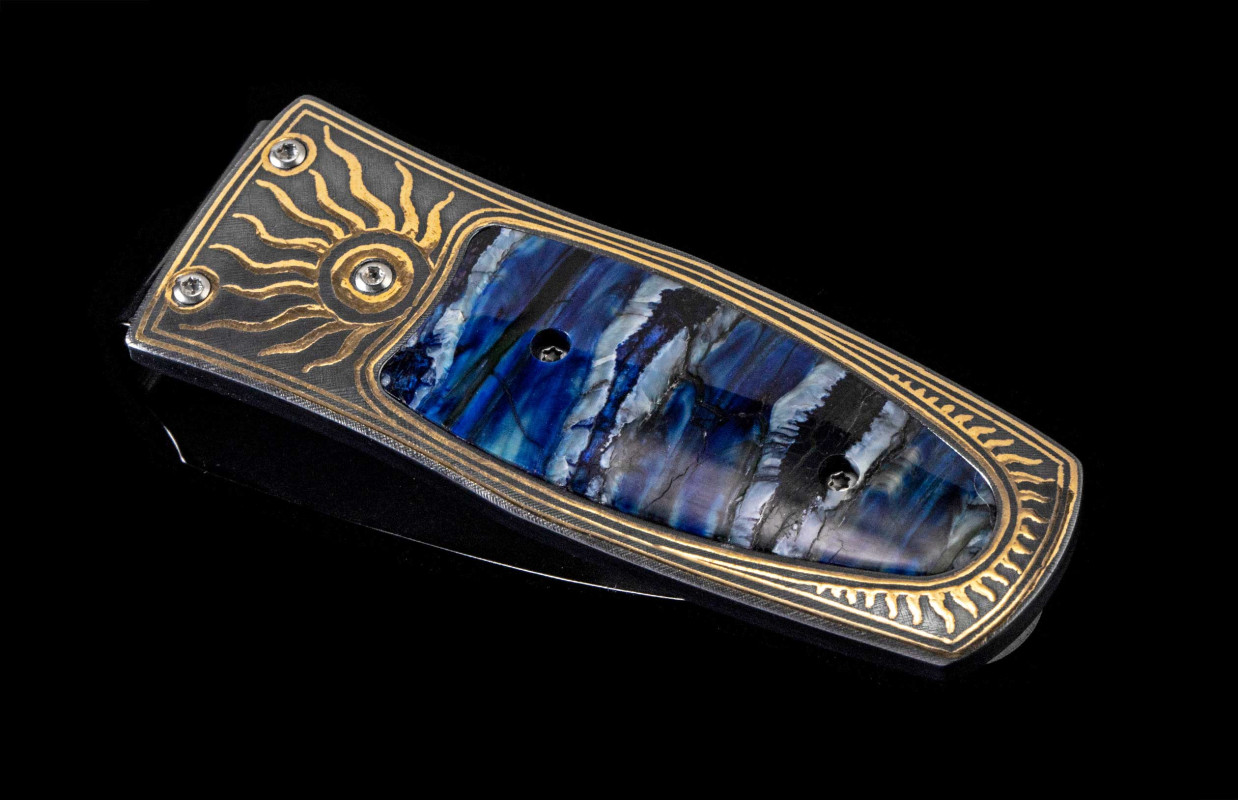 The Pharaoh 'Nebula' features a frame in 24K gold koftgari (the ancient Indian art of inlaying gold or sterling silver in tool steel), inlaid with 10,000 year-old fossil Woolly Mammoth tooth.  The clip is machined and blast-polished from tempered stainless steel, with a beautiful engraving bright cut against the matte-finished background. The Pharaoh money clip - inspired by the designs of ancient Egypt - draws on the elegant vessel forms of antiquity to create a simple yet striking range of possibilities, rendered in a variety of our hallmark materials and techniques. An elegant form with an enduring legacy. 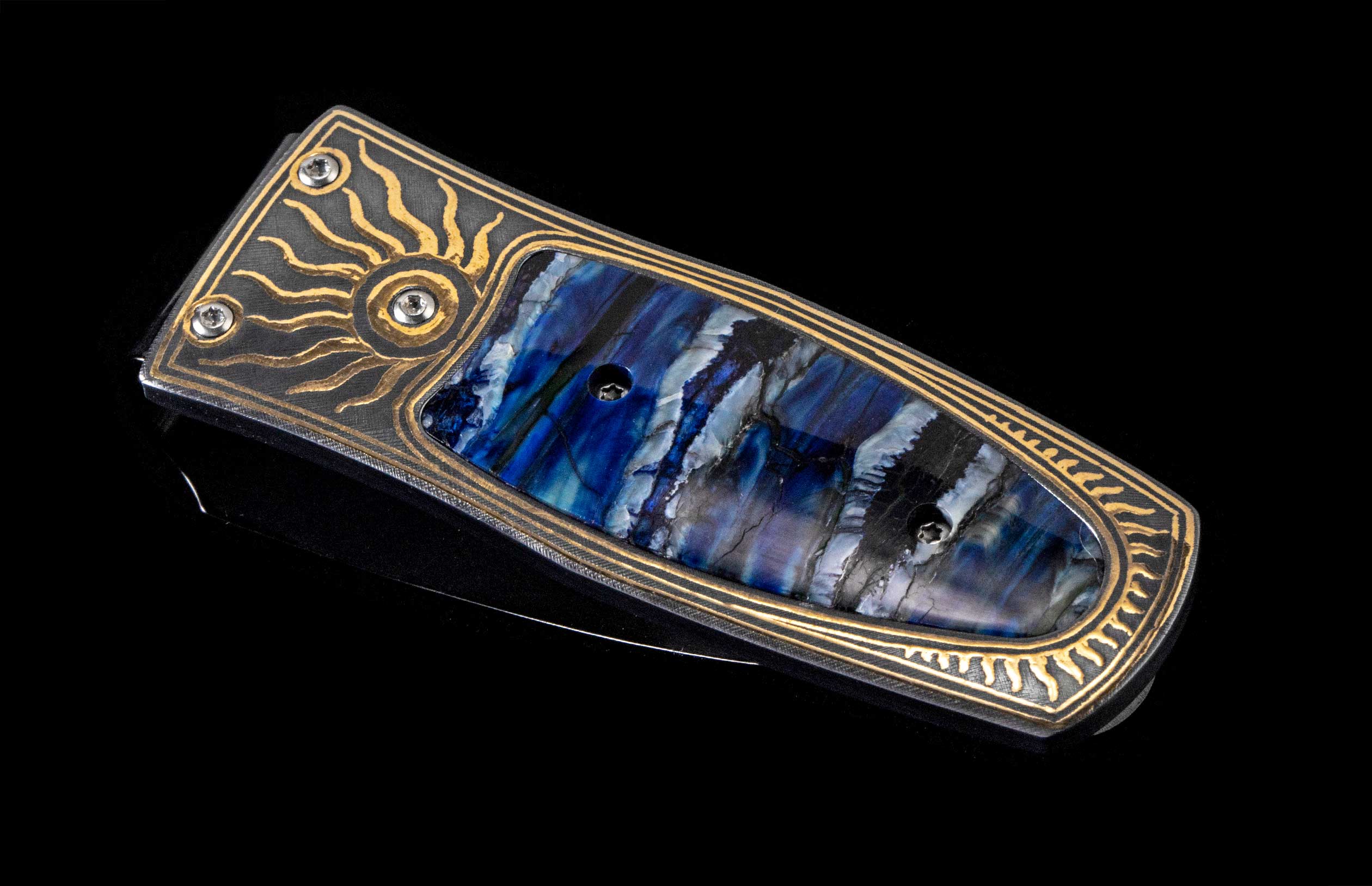 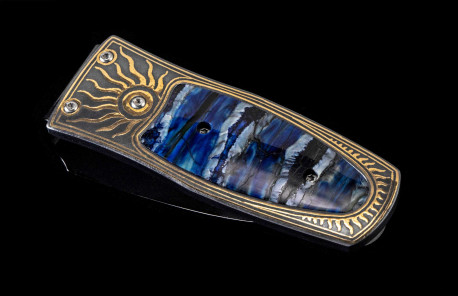