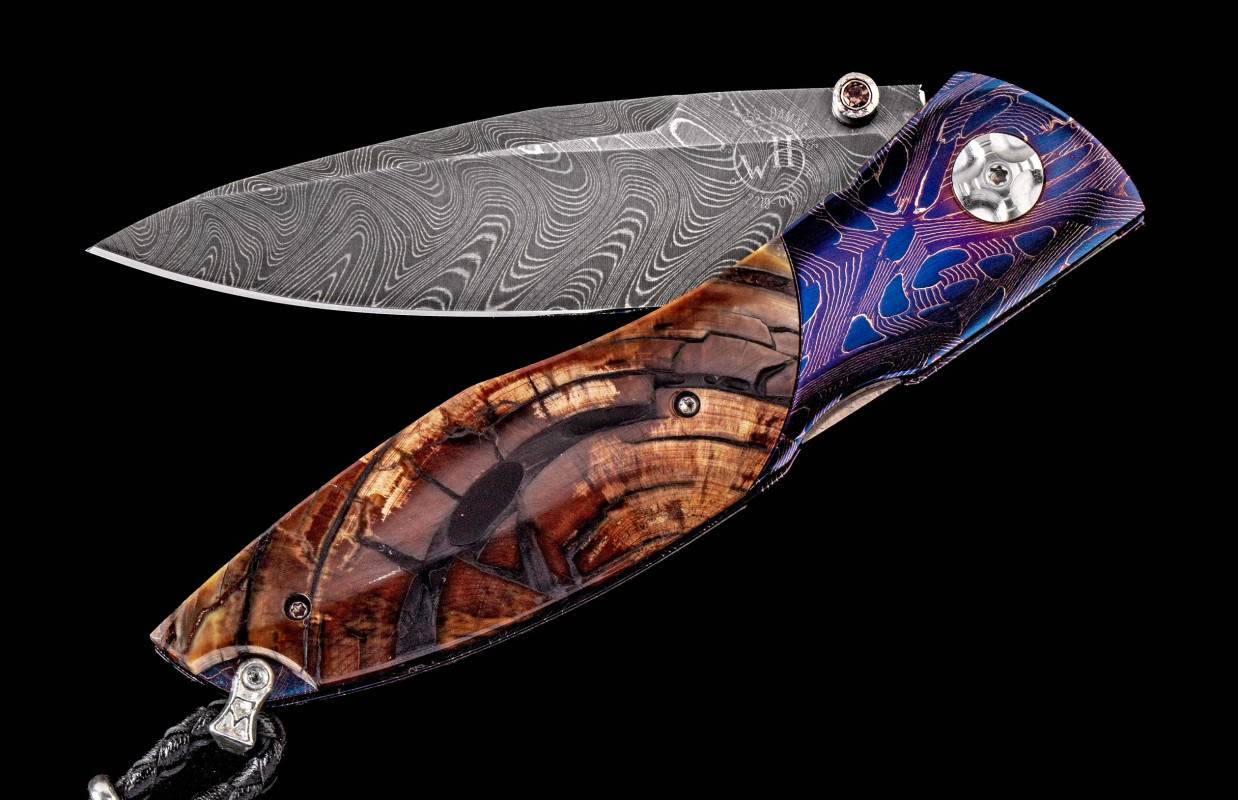 The Omni 'Blue Dawn' features a frame in hand-forged and heat-blued 'X-Out' damascus by Chad Nichols, inlaid with the ring-cut of a 10,000 year-old fossil Woolly Mammoth tusk. The blade is hand-forged 'Boomerang' damascus, also by Chad Nichols. The ambidextrous thumb stud is inset with a smoky quartz gemstone. This design features a secure mid-lock system utilizing a William Henry patented hidden spring to maximize blade to handle ratio and the thumb stud provides easy one hand opening. The Omni expands on our tradition of fine folding knives. Big enough for any daily tasks, small and light enough for easy carry, and always beautiful. As always, we built this knife to become a canvas for the exquisite range of our hallmark materials and artistry – whatever your passion you’ll find resonance in the Omni. 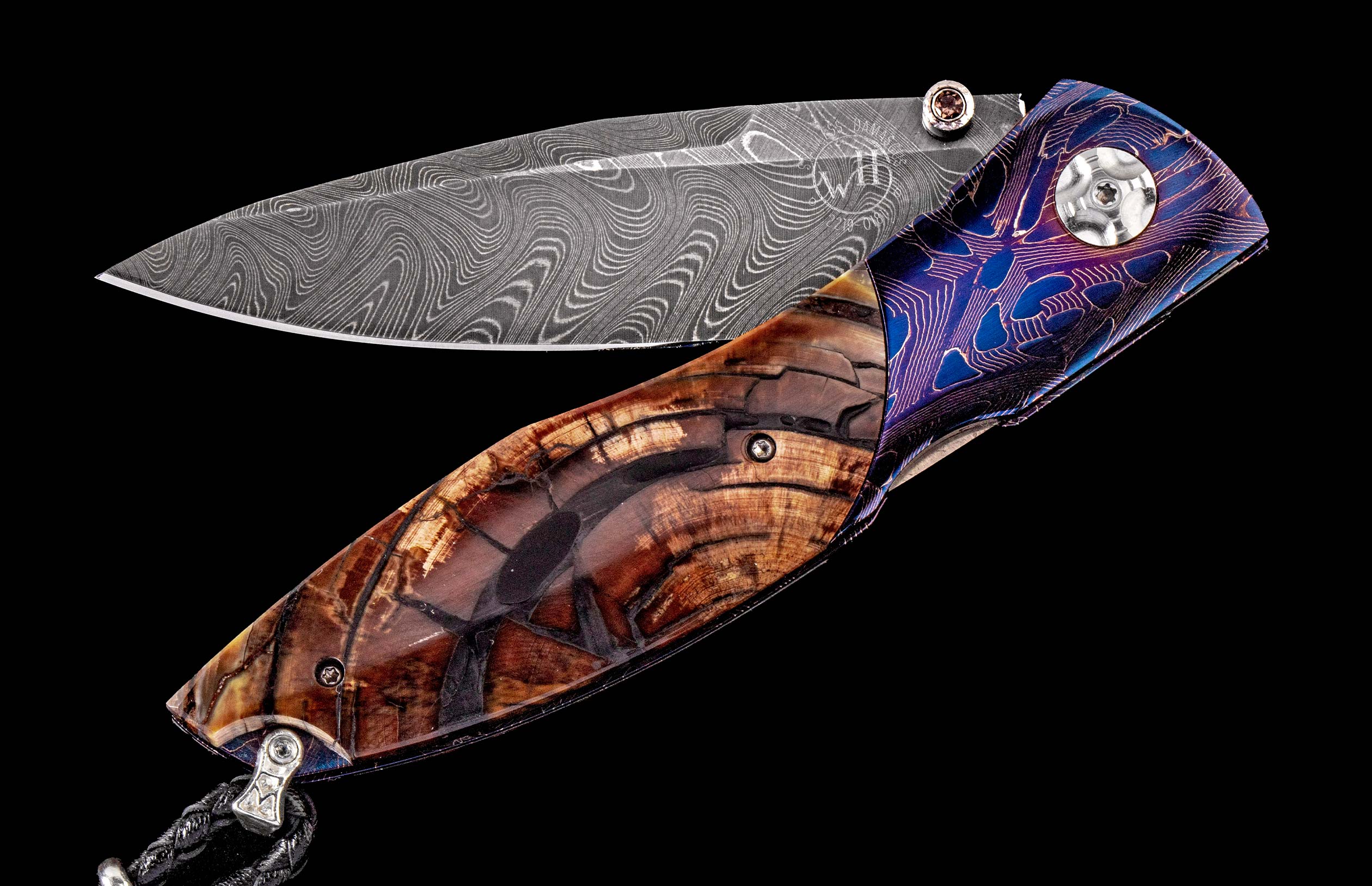 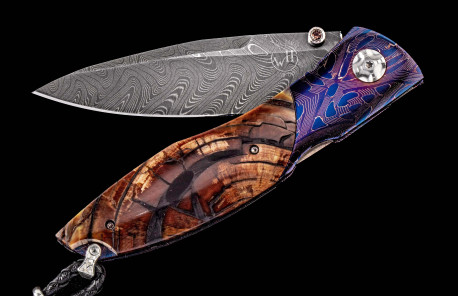