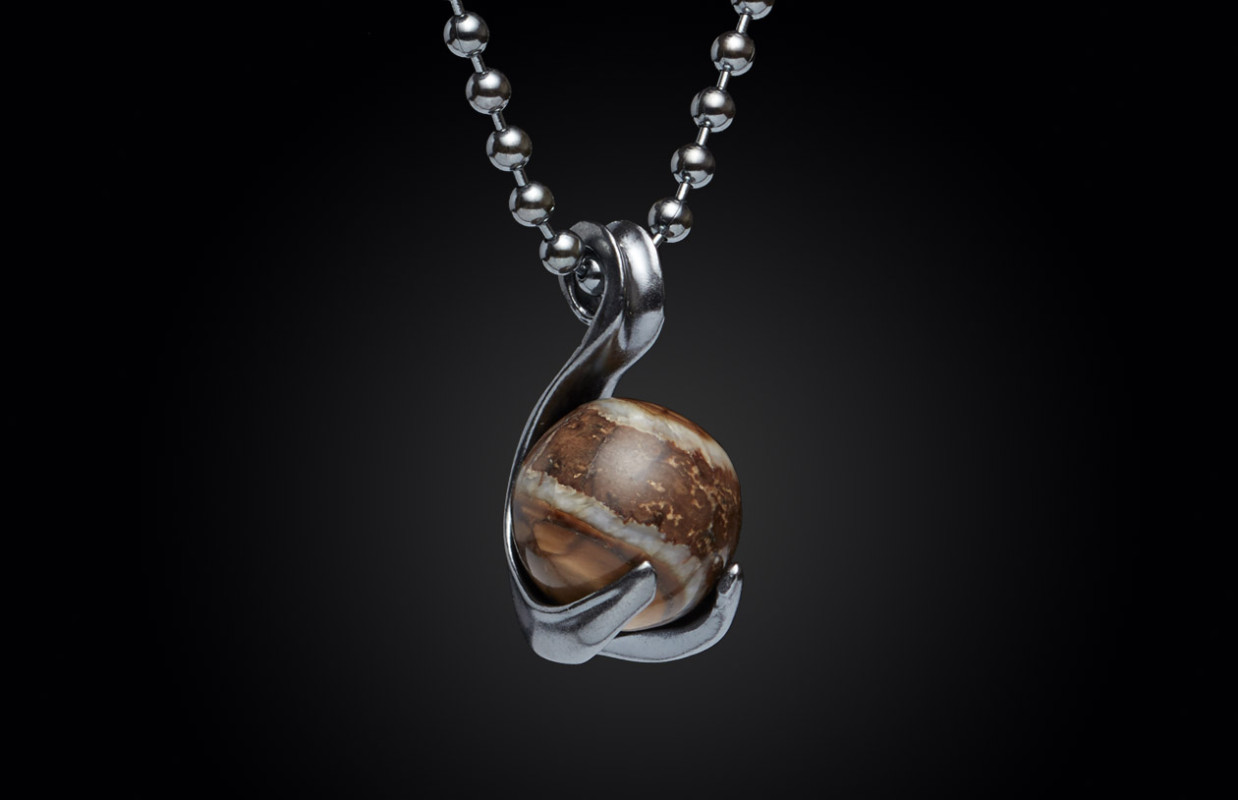 Skip to the beginning of the images gallery
Bold elegance defines this neck piece from William Henry. A beautiful swan motif in dark sterling silver captures a gorgeous custom bead, which is securely held yet has full range of motion to play with orientation. The bead is crafted from 10,000 old woolly mammoth tooth, a unique reminder of our shared history. Finished with a dark sterling silver ball chain. 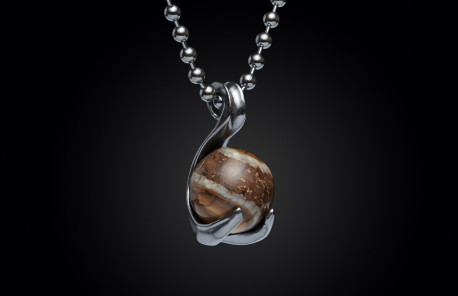