Our collections are crafted in small batches by a group of exceptional artisans who are working hard to meet high demand and overcome the worldwide complications caused by the COVID-19 pandemic.

Supplies of this item are limited and we expect it to sell out soon, especially as we get closer to the holidays. 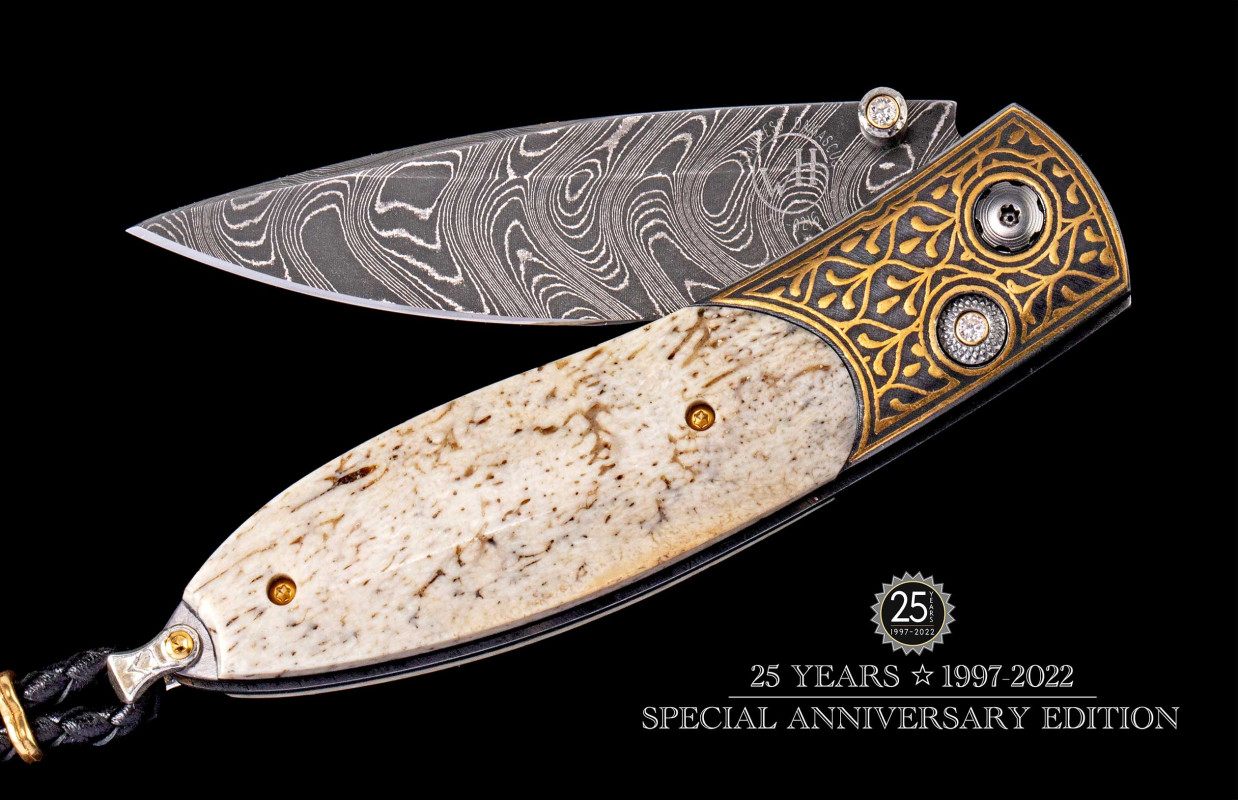 The 'Twenty-Five' features a beautiful frame in 24K gold Koftgari, inlaid with 10,000-year-old fossil bone (Oosik). The blade is hand-forged 'Boomerang' damascus steel by Chad Nichols; the one-hand button lock and the thumb stud are set with diamonds. The Monarch is a simple design that is easy on the eye and effortless in the hand; the elegant shape of the handle on this design is a great place to showcase beautiful materials. The 'Twenty-Five' is the perfect synthesis between elegance, function, and rare exotic materials 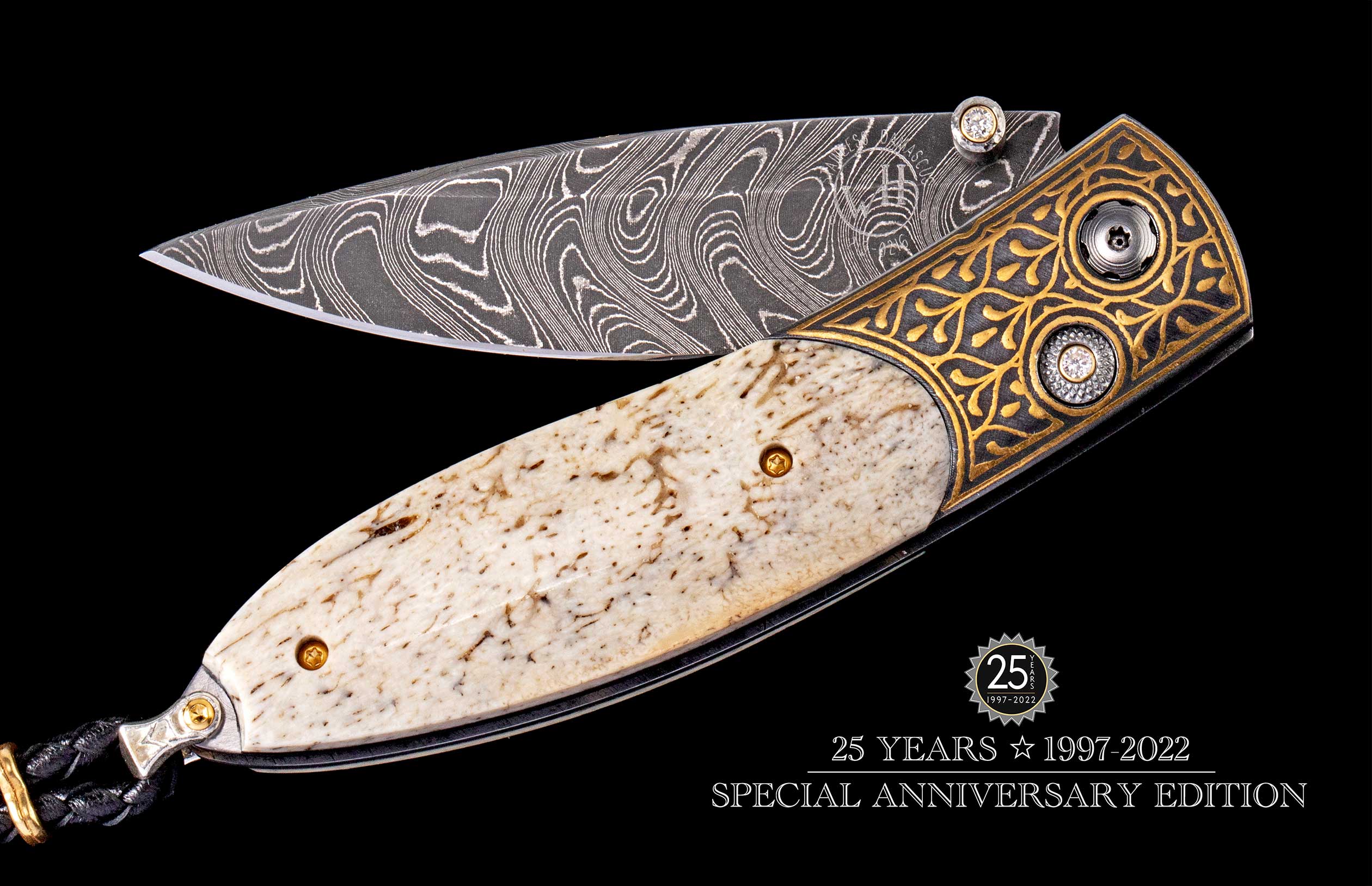 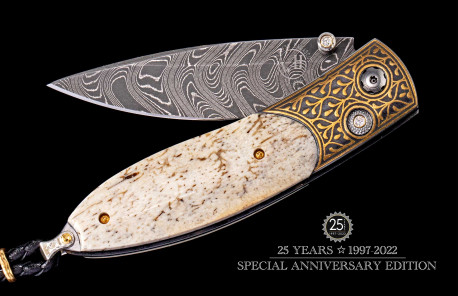