Edition of 100 pieces -
SKU
B05 RED BURL
The Monarch ‘Red Burl' features a light and resilient frame in aerospace grade titanium that has been blast-polished, then inlaid with dyed poplar burl scales....
Read More
$900.00
Pay over time with 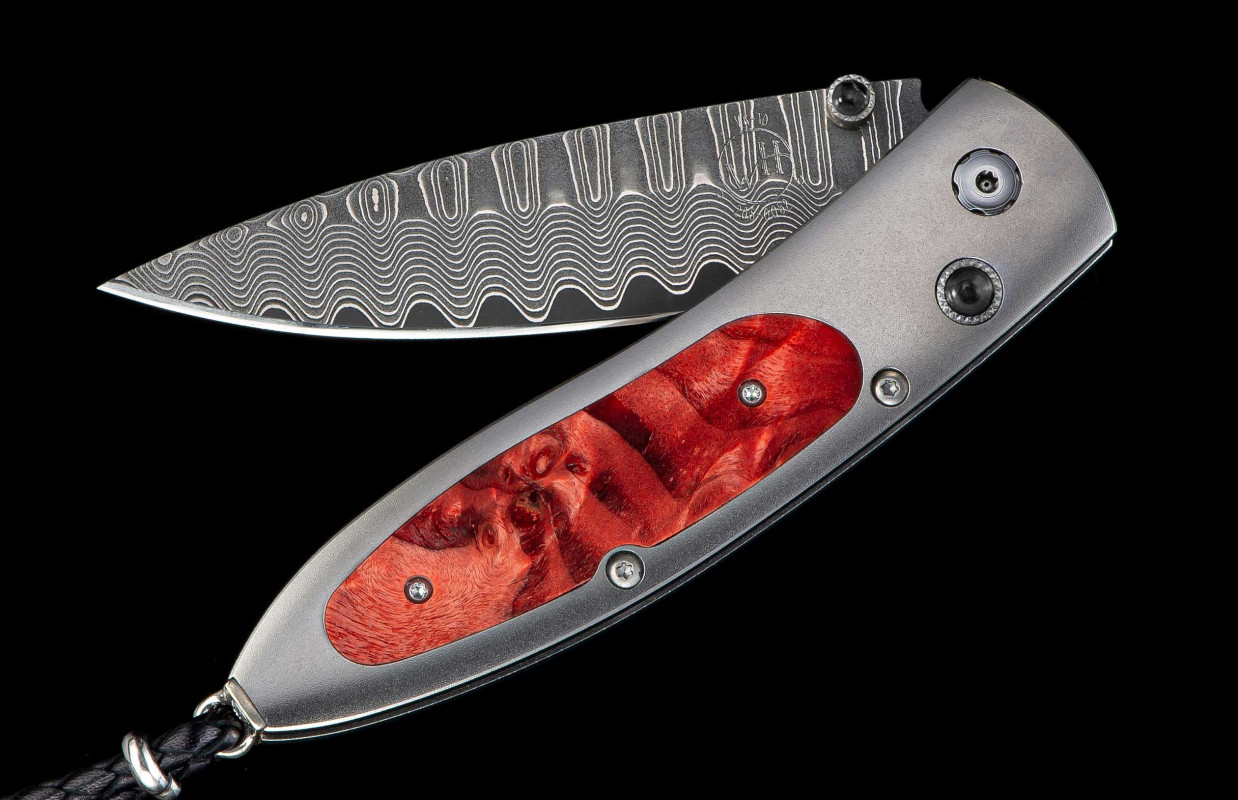 The Monarch ‘Red Burl' features a light and resilient frame in aerospace grade titanium that has been blast-polished, then inlaid with dyed poplar burl scales. The 'Wave' damascus steel blade is crafted with an extra strong VG-10 core for resilience where it matters most, and as a thoughtful finishing touch, the one-hand button lock and the thumb stud are set with black onyx gemstones. The Monarch is a simple design that is easy on the eye and effortless in the hand; the elegant shape of the handle on this design is also an ideal canvas to showcase our exotic materials. The 'Red Burl' is the beautiful balance between elegance, function, modern and exotic materials. 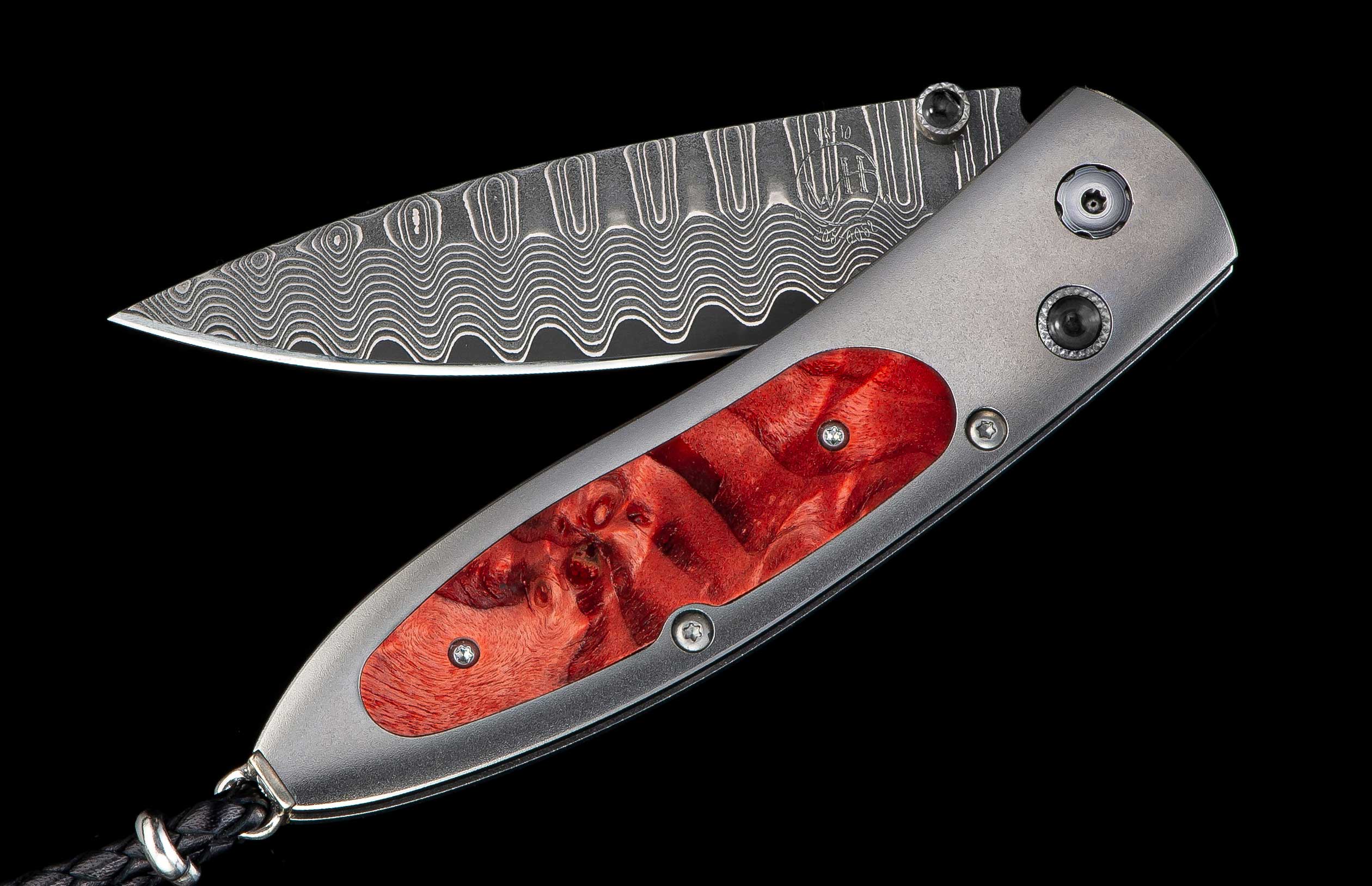 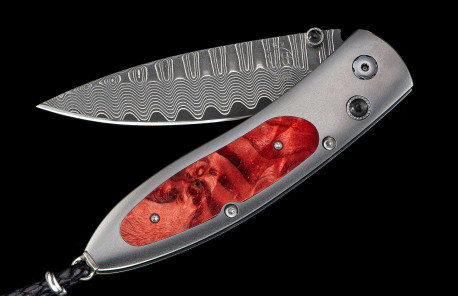