Edition of 25 pieces -
SKU
B10 TWENTY-FIVE VIII
The Lancet 'Twenty-Five VIII' features a light and resilient frame in aerospace grade titanium, inlaid with Redwood burl wood. The blade is stainless steel with...
Read More
$750.00
Pay over time with 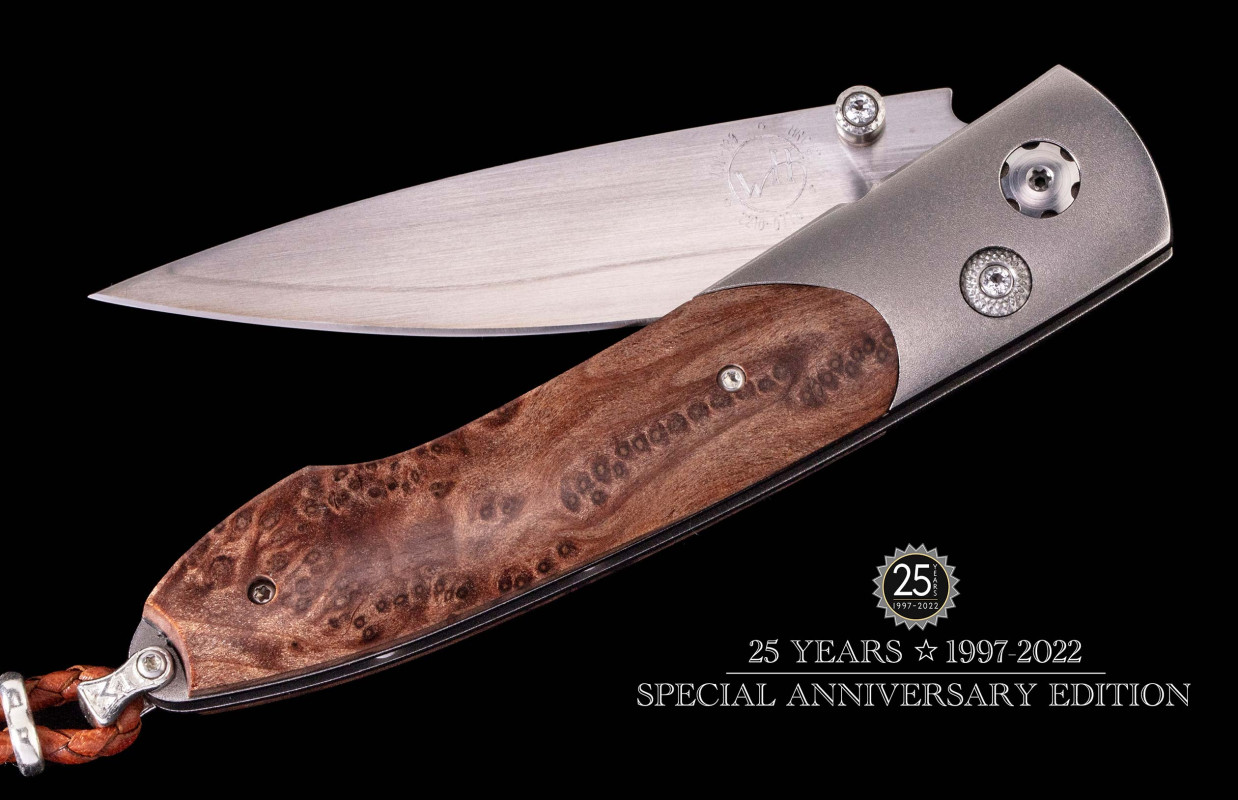 The Lancet 'Twenty-Five VIII' features a light and resilient frame in aerospace grade titanium, inlaid with Redwood burl wood. The blade is stainless steel with an extra strong core in ZDP-189; the one-hand button lock and the thumb stud are set with white topaz gemstones. Sleek, elegant, refined, and comfortable in the hand and to the eye, the Lancet defines the essential gentleman’s folder in the modern world. The 'Twenty-Five VIII' features some of the exotic materials and hand-forged metals that are the hallmark of William Henry's collections; a distinctive personality statement to be worn and used for a lifetime. 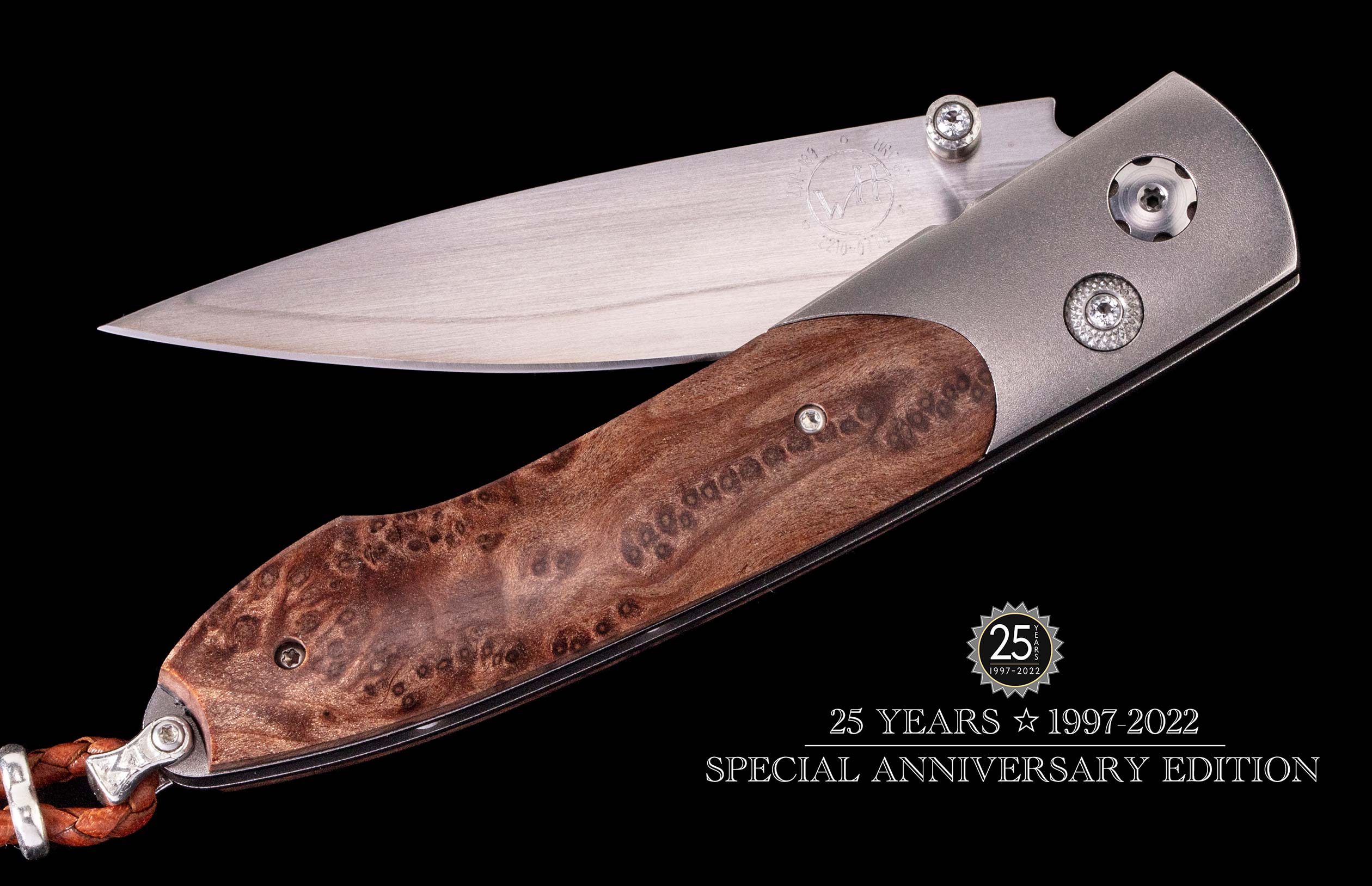 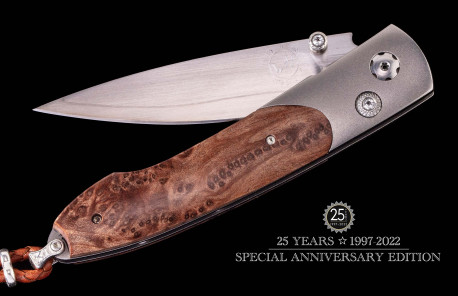