Edition of 100 pieces -
SKU
B10 FRESH
The Lancet 'Fresh' features a light and resilient frame in aerospace grade titanium, inlaid with bocote wood. The blade is hand-forged 'Intrepid' damascus by Chad...
Read More
$900.00
Pay over time with 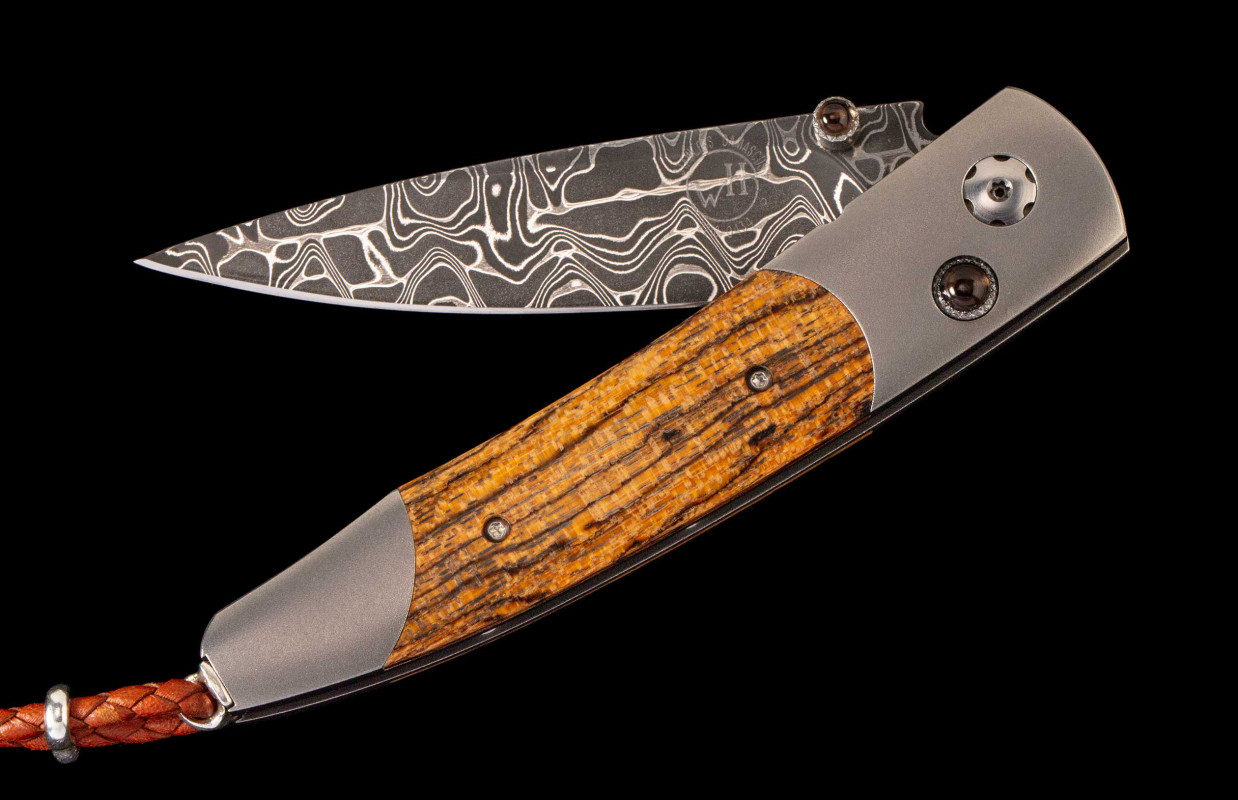 The Lancet 'Fresh' features a light and resilient frame in aerospace grade titanium, inlaid with bocote wood. The blade is hand-forged 'Intrepid' damascus by Chad Nichols; the one-hand button lock and the thumb stud are set with smoky quartz gemstones. Sleek, elegant, refined, and comfortable in the hand and to the eye, the Lancet defines the essential gentleman’s folder in the modern world. The 'Fresh’ features some of the exotic materials and hand-forged metals that are the hallmark of William Henry's collections; a timeless heirloom to be proudly worn and used for a lifetime before being handed-down to another generation. 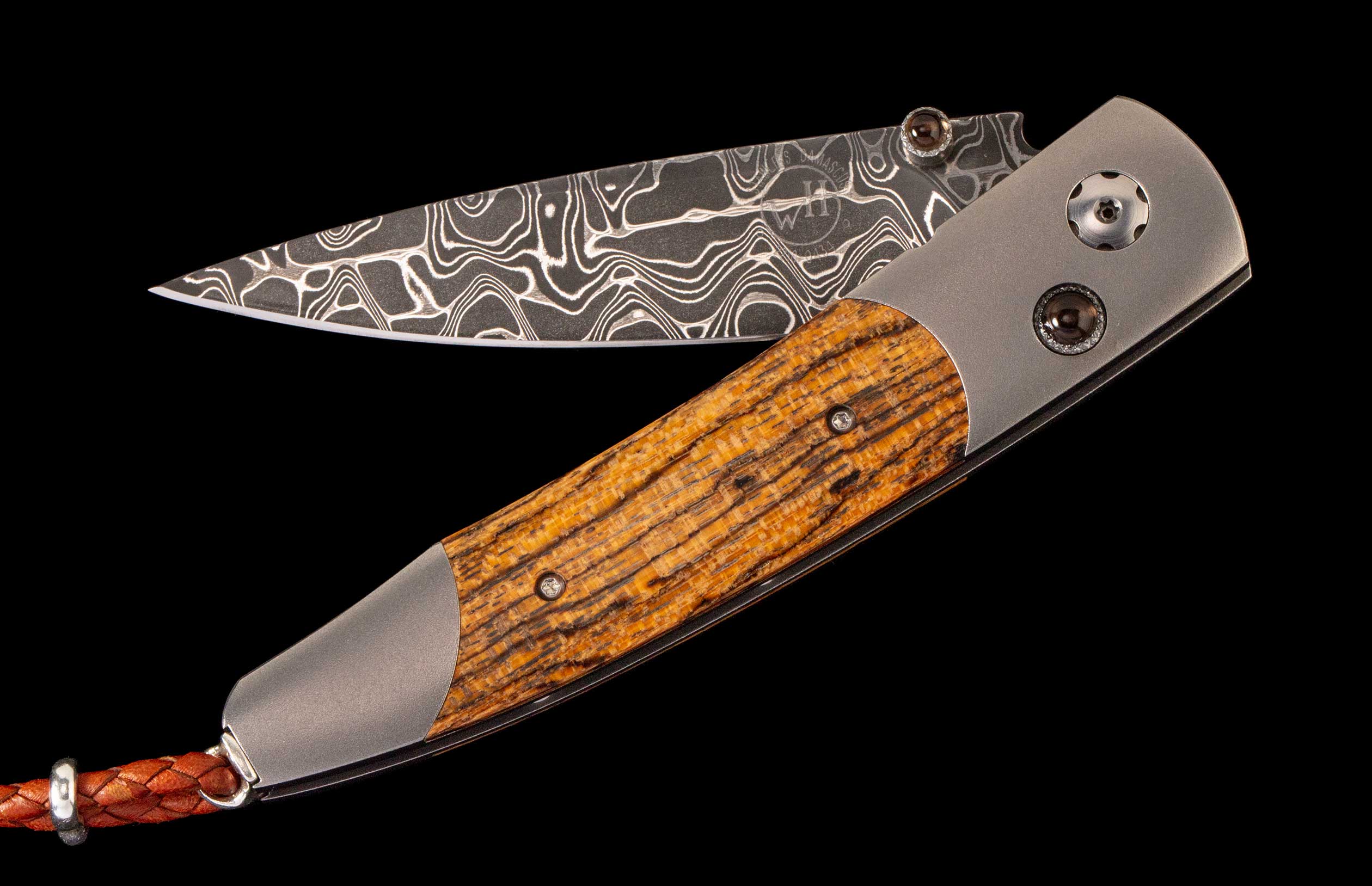 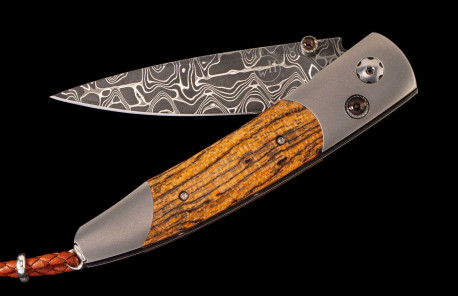 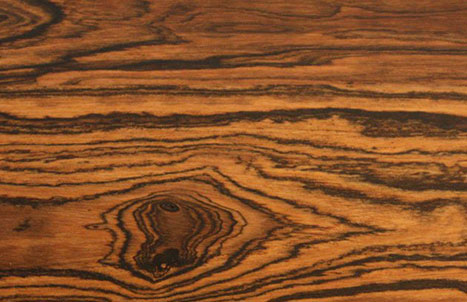