Edition of 50 pieces -
SKU
B10 ASCENDANT
The Lancet 'Ascendant' features a beautiful frame in hand carved sterling silver, inlaid with an exterior piece of a 10,000 year-old Woolly Mammoth tusk. The blade...
Read More
$2,350.00
Pay over time with 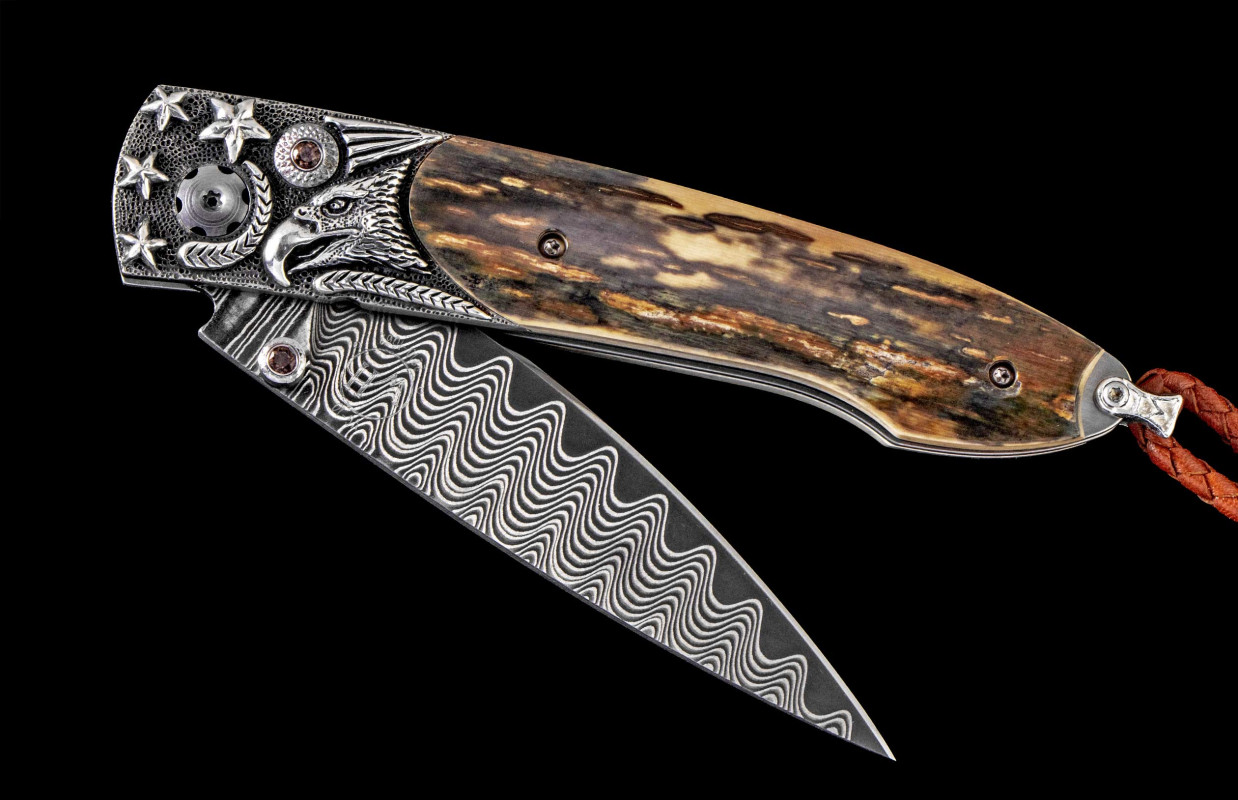 The Lancet 'Ascendant' features a beautiful frame in hand carved sterling silver, inlaid with an exterior piece of a 10,000 year-old Woolly Mammoth tusk. The blade is William Henry's signature 'Wave' damascus with VG-10 core; the one-hand button lock and the thumb stud are set with smoky quartz. Sleek, elegant, refined, and comfortable in the hand and to the eye, the Lancet defines the essential gentleman’s folder in the modern world. The ‘Ascendant’ features some of our most exotic materials, the exquisite artistry, and the hand-forged metals that are the hallmark of William Henry's collections. 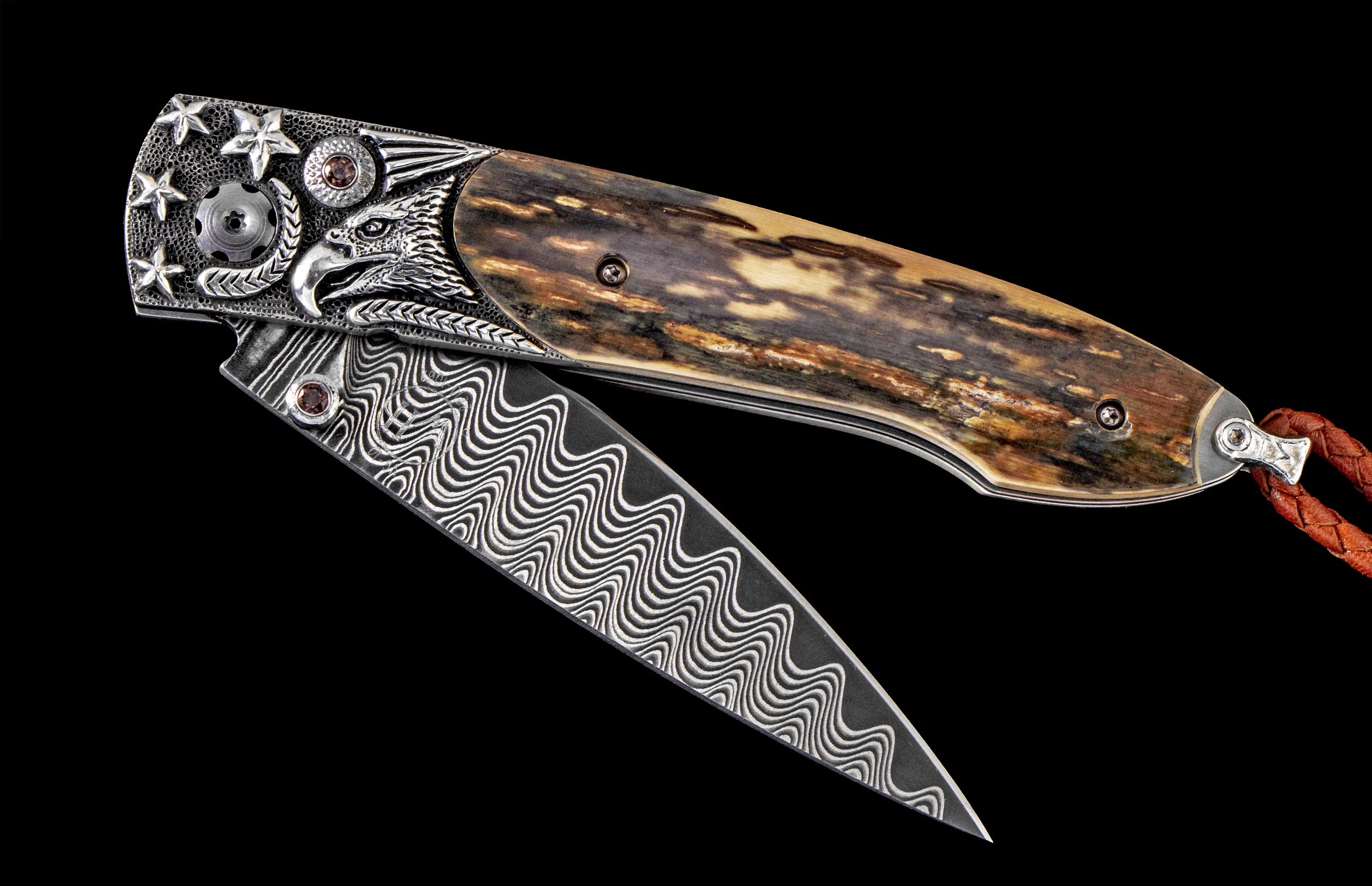 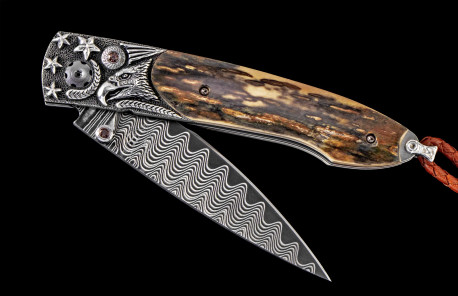