SKU
B02 COSMOS
The Cosmos belongs equally on your neck as a pendant, in your pocket as a keychain knife, or in a museum. Blade is hand-forged stainless damascus steel, and the...
Read More
$995.00
Pay over time with 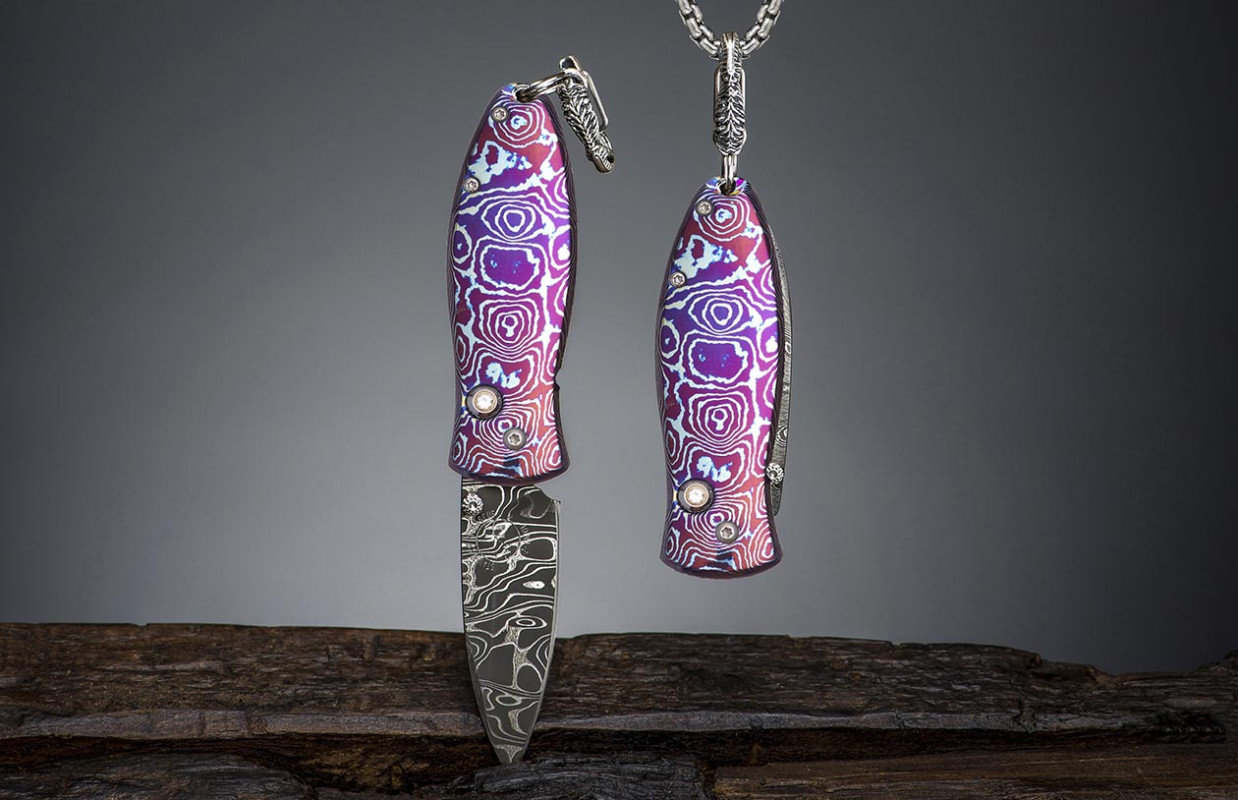 Skip to the beginning of the images gallery
The Cosmos belongs equally on your neck as a pendant, in your pocket as a keychain knife, or in a museum. Blade is hand-forged stainless damascus steel, and the handle is crafted from hand-forged MokuTi, a blending of pure and aerospace grade titanium alloys. Accents of white topaz gemstone, sterling silver, and stainless steel. On a 22" gunmetal finish sterling chain. (Optional 18", 20", or 24" chain by request) 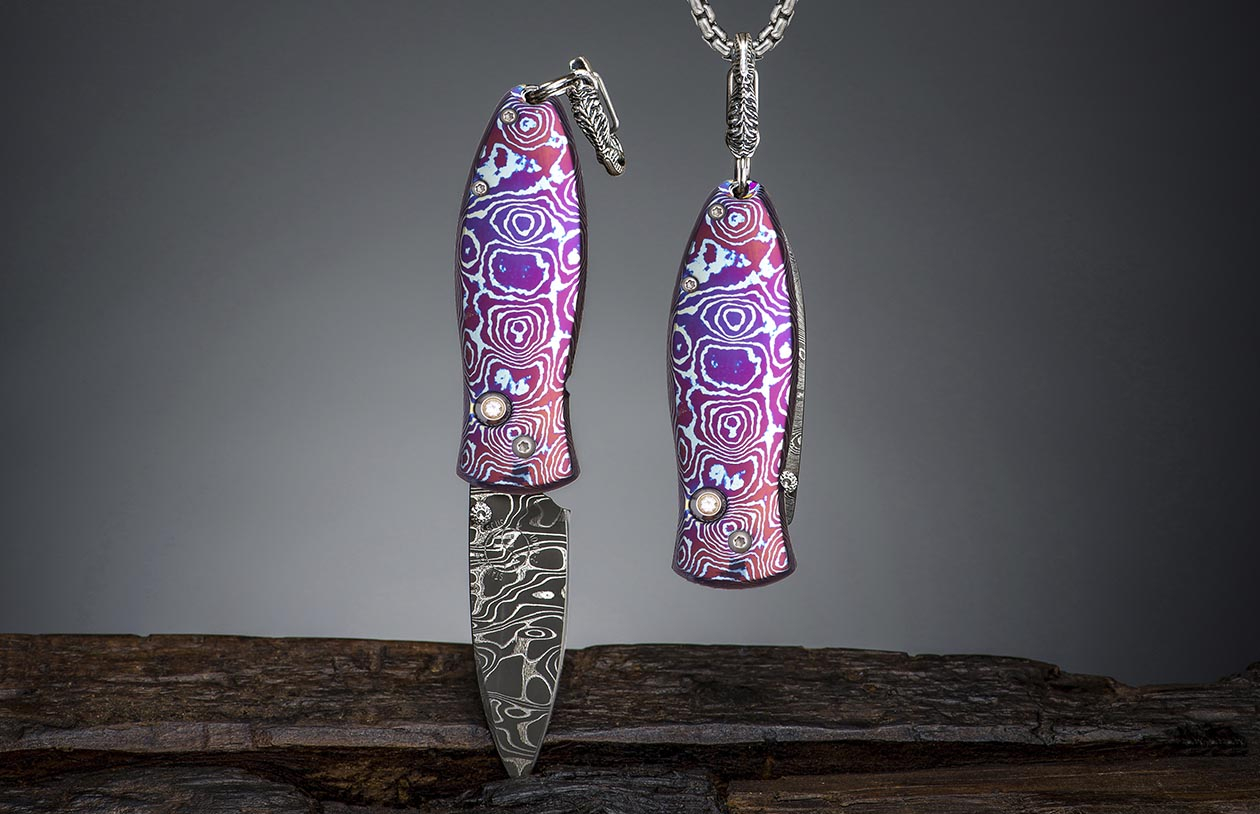 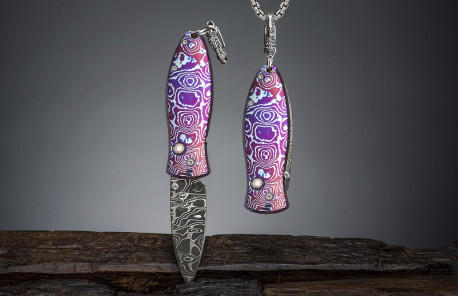