SKU
B02 GALAXY
The 'Galaxy' belongs equally on your neck as a pendant, in your pocket as a keychain knife, or in a museum. The blade is hand-forged 'Intrepid' damascus steel by...
Read More
$1,950.00
Pay over time with 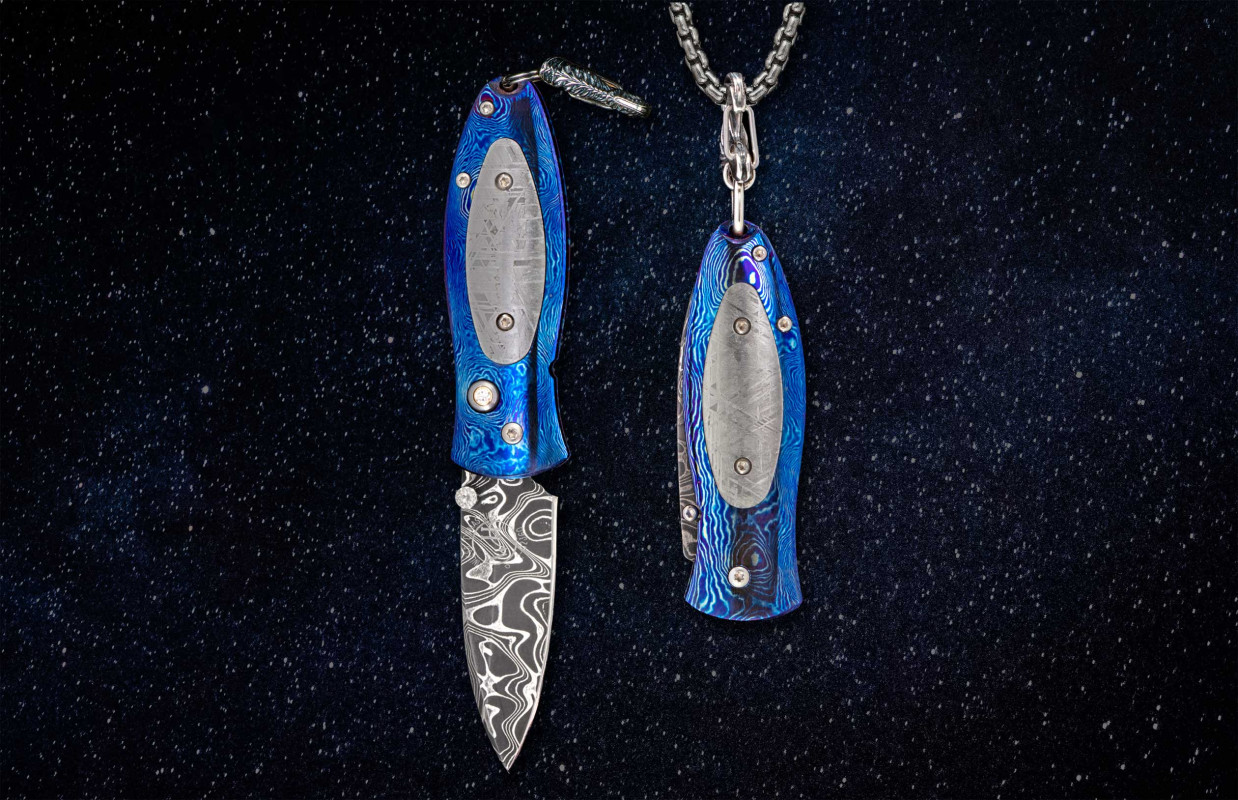 The 'Galaxy' belongs equally on your neck as a pendant, in your pocket as a keychain knife, or in a museum. The blade is hand-forged 'Intrepid' damascus steel by Chad Nichols, and the handle is crafted from hand-forged MokuTi, a blending of pure and aerospace grade titanium alloys. The inlay is a section of the Gibeon meteorite which fell in the desert of Namibia in prehistoric times.  The button lock is inlaid with a white diamond. On a 22" sterling chain. (Optional 18", 20", or 24" chain by request) 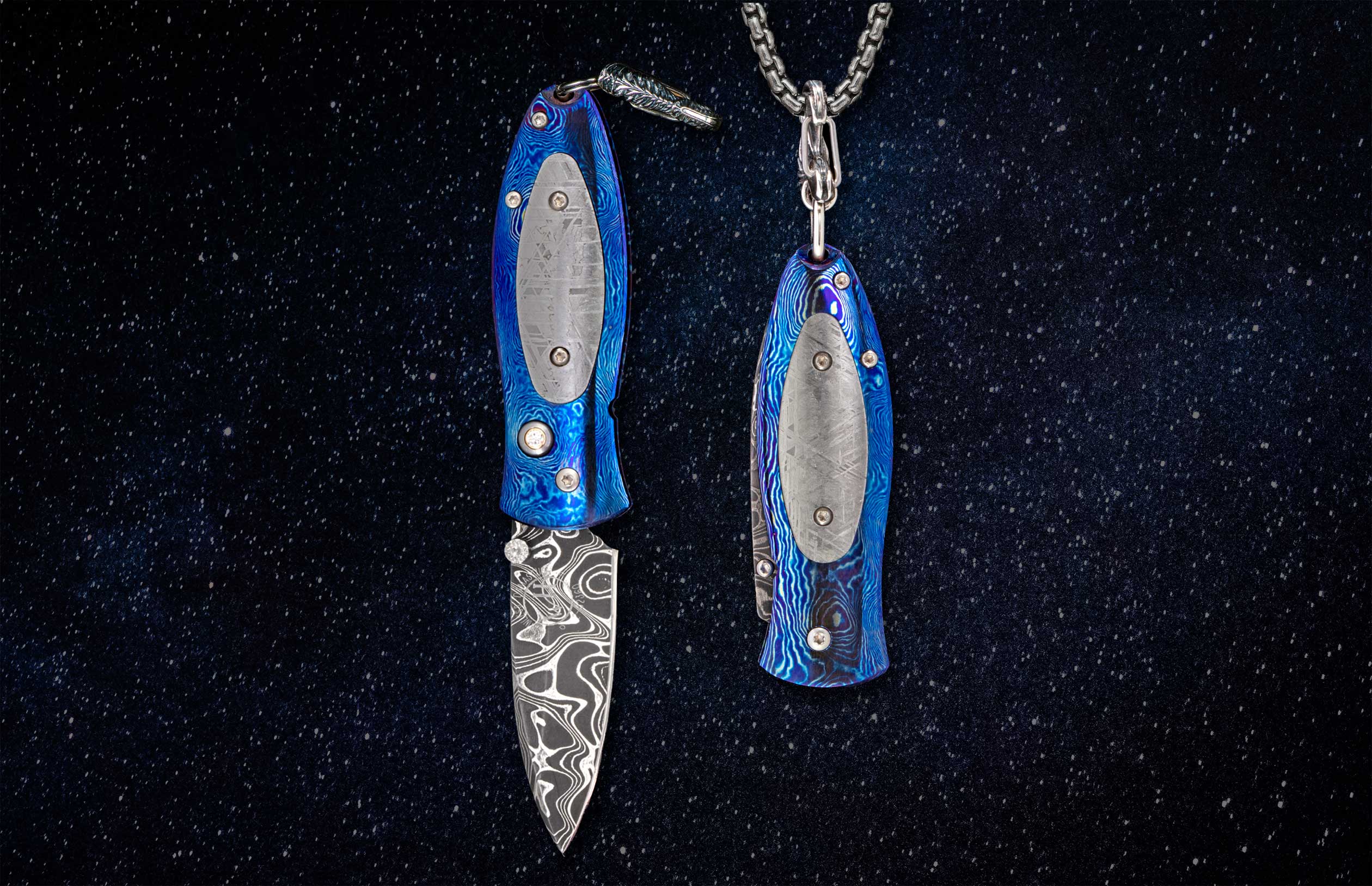 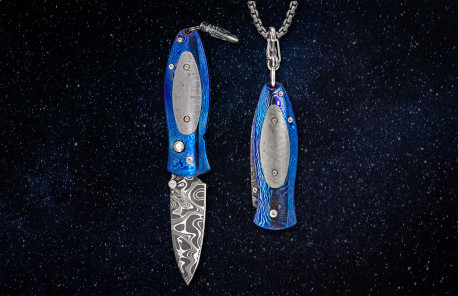