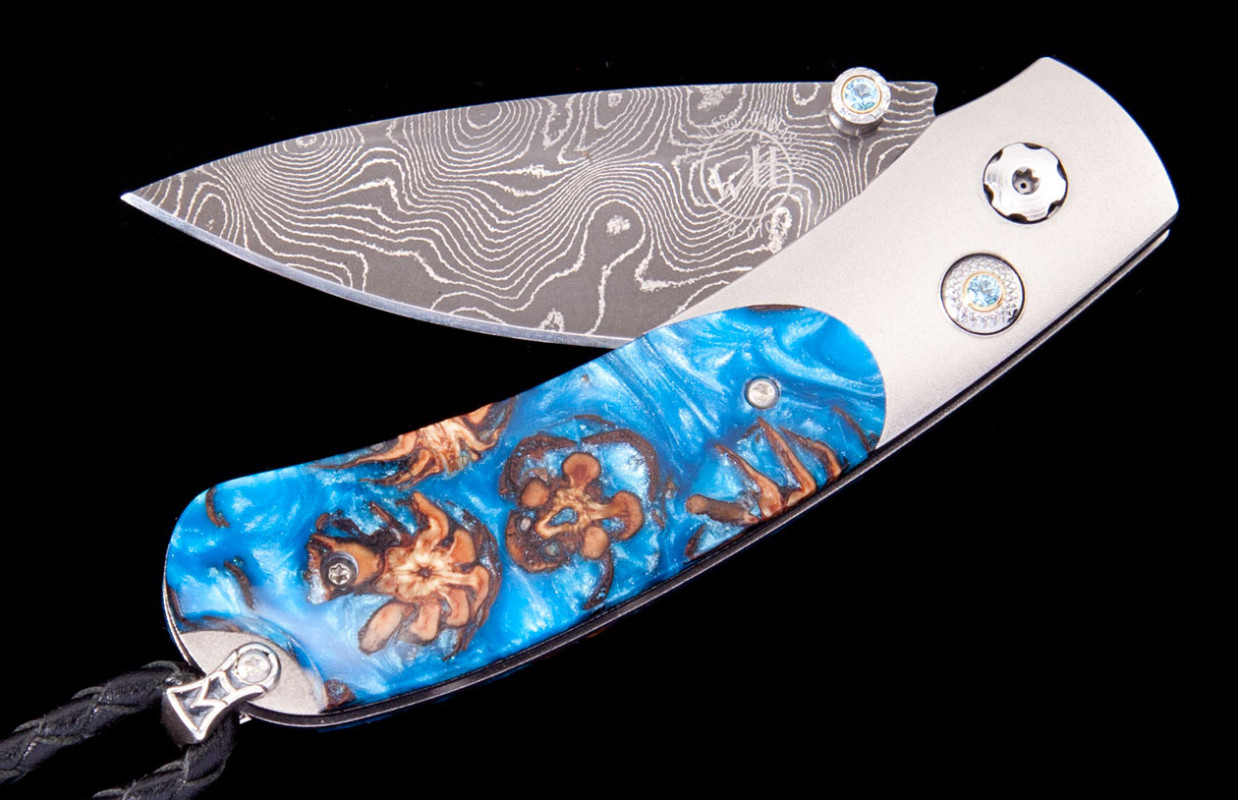 Skip to the beginning of the images gallery
The Kestrel 'TMJ Generations' is a Timmreck & McNicol exclusive edition featuring a light and resilient frame in aerospace grade titanium, inlaid with mini pinecones in acrylic resin. The blade is hand-forged 'Boomerang' damascus by Chad Nichols; the one-hand button lock and the thumb stud are set with blue topaz gemstones. The Kestrel is a compact but versatile folder that works and presents beautifully in any situation; the design, which offers a deep finger groove at the intersection between the handle and blade, makes this knife remarkably comfortable in the hand while being very small and easy to carry. 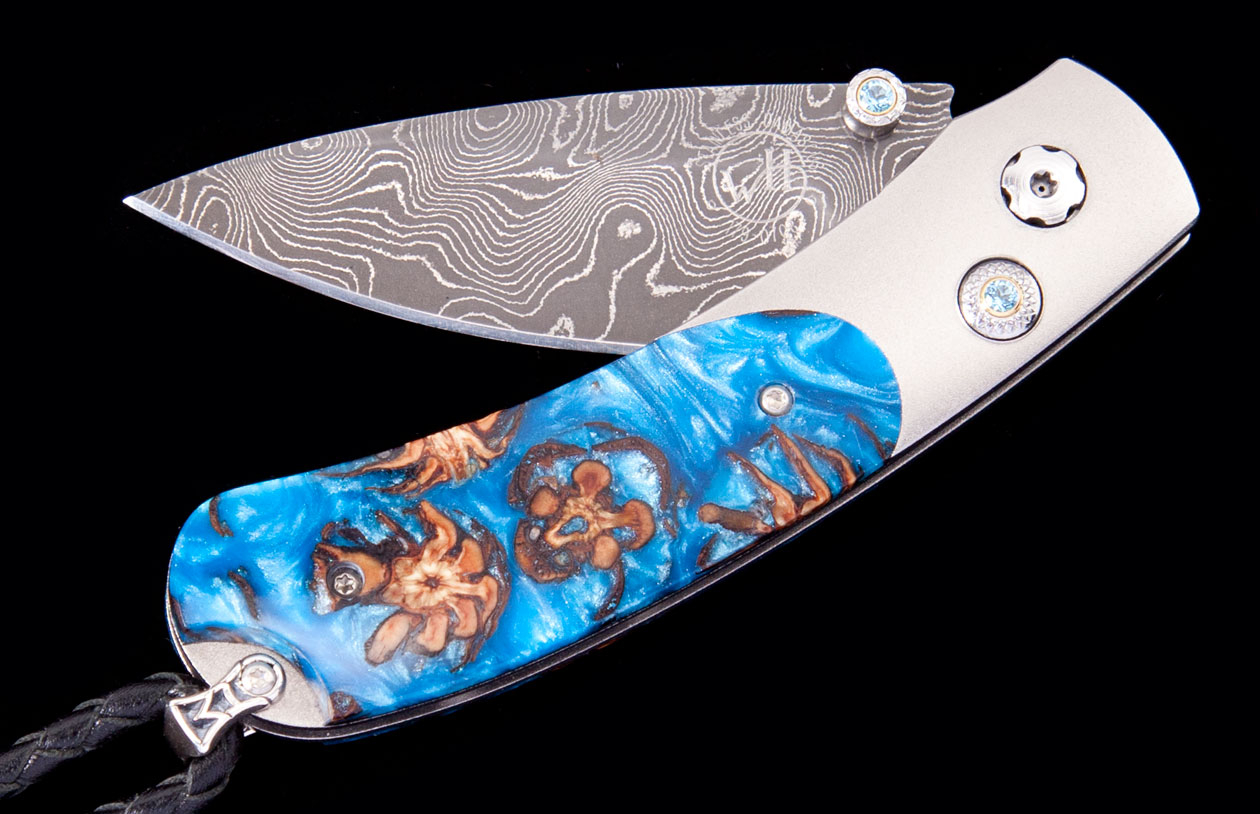 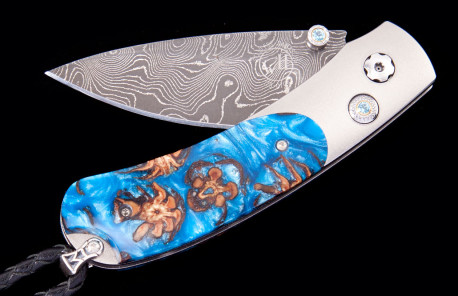 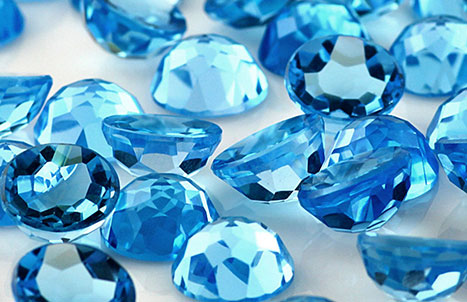