Edition of 1 pieces -
SKU
B05 GARGOYLE
The Monarch 'Gargoyle' features a hand-engraved frame with 24K gold and copper inlays by Bill Oyster, inlaid with fossil Woolly Mammoth tooth. The blade is stainless...
Read More
$9,750.00
Pay over time with 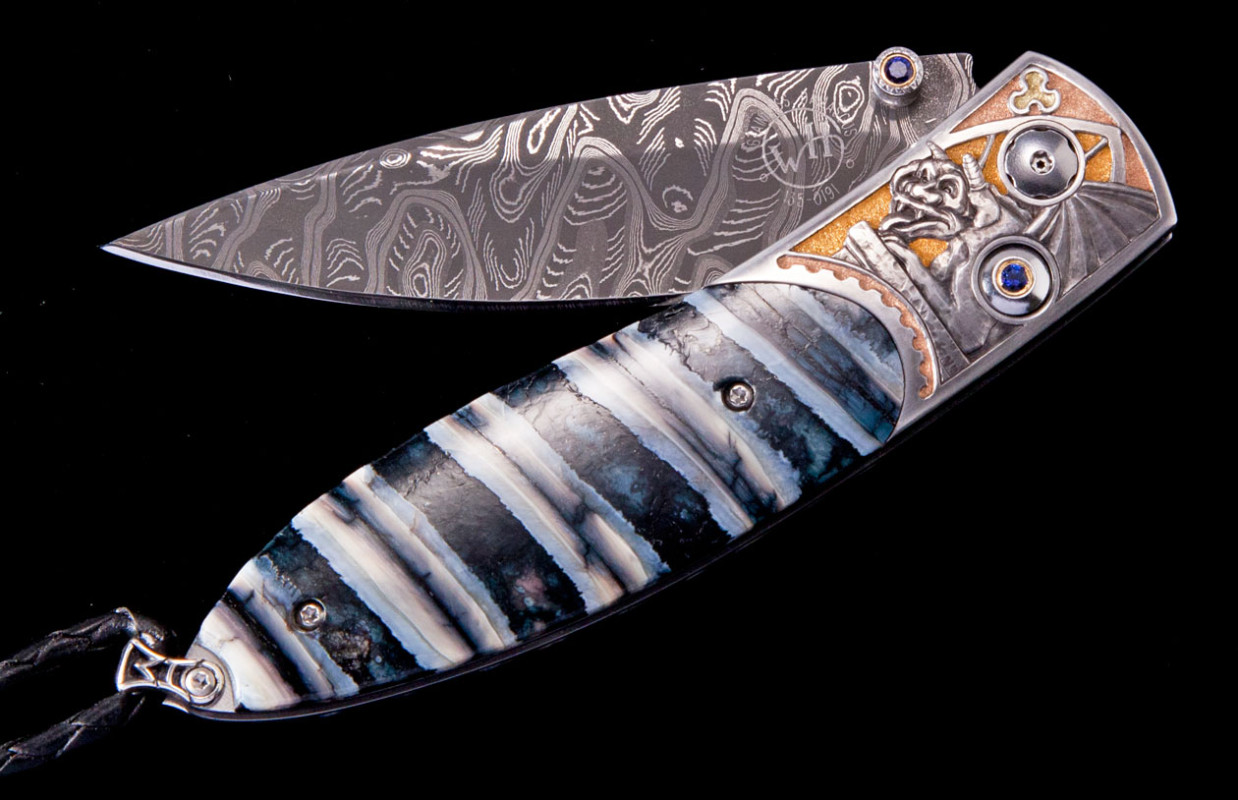 Skip to the beginning of the images gallery
The Monarch 'Gargoyle' features a hand-engraved frame with 24K gold and copper inlays by Bill Oyster, inlaid with fossil Woolly Mammoth tooth. The blade is stainless 'Hornets Nest' damascus by Mike Norris, and the button lock and thumb stud are set with sapphires. The Monarch is a simple design that is easy on the eye and effortless in the hand; the elegant shape of the handle on this design is also an ideal canvas to showcase fine hand-engraving or exotic materials. This stunning piece is a rich and unique synthesis of the elegance, function, and superlative artistry that are the hallmark of William Henry's work. 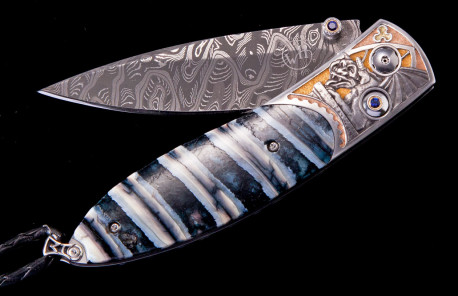