Edition of 250 pieces -
SKU
RB8 TITAN
The Cabernet Titan is a mesmerizing rollerball pen featuring a barrel in fossil dinosaur bone ((from an Apatosaurus that walked the Earth 100 million years ago),...
Read More
$1,800.00
Pay over time with 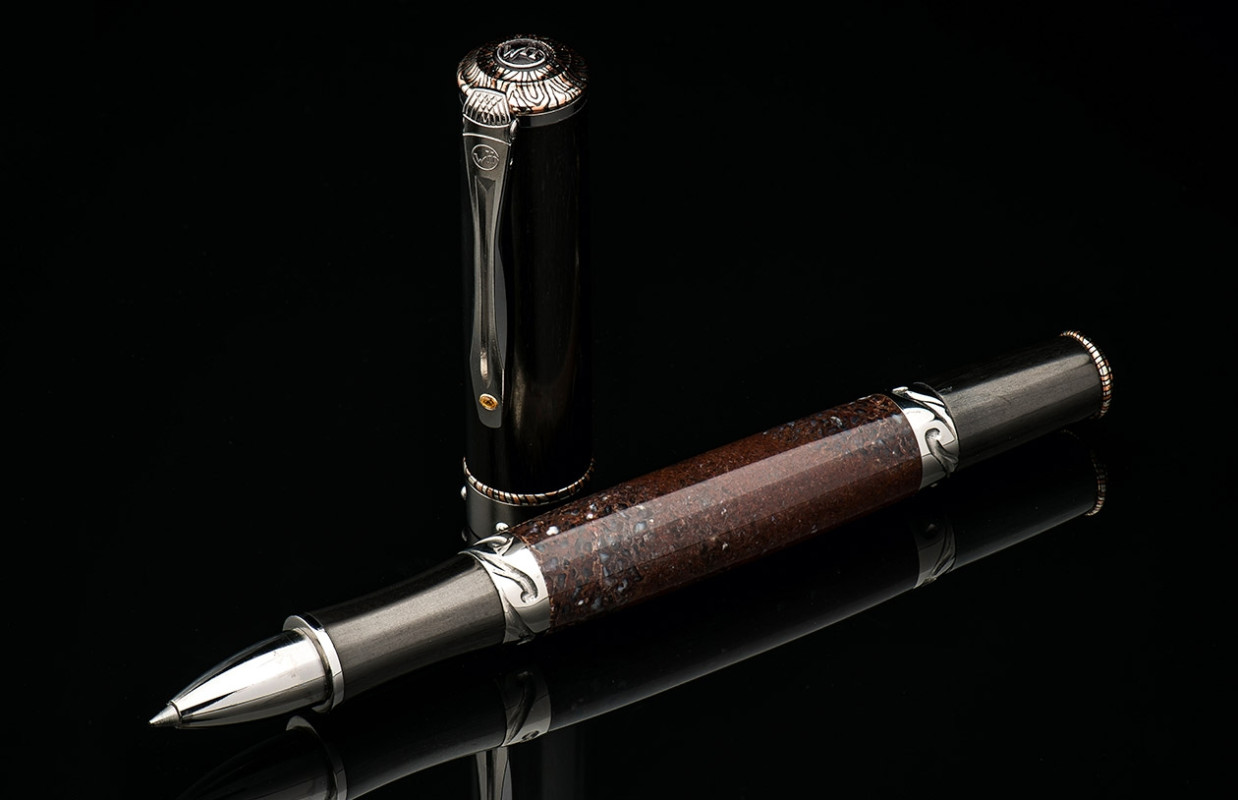 Skip to the beginning of the images gallery
The Cabernet Titan is a mesmerizing rollerball pen featuring a barrel in fossil dinosaur bone ((from an Apatosaurus that walked the Earth 100 million years ago), and a structure in aerospace grade titanium and aluminum. The accents on the carbon fiber cap are Mokume Gane, and the pocket clip is set with citrine. This beautiful writing instrument also features William Henry's patented Wavelock™ cap closure system. The Cabernet Titan is a limited worldwide edition of 250 pieces, the rare fossil dinosaur bone comes from the desert of Utah and is a fascinating testimony of a time that pre-dates the dawn of mankind. This is one of William Henry's most exclusive writing instruments, each of them imbued with a distinct and unique personality.
Materials & Artistry
Titanium
Mokume gane
Carbon Fiber
Fossil Dinosaur bone
Citrine 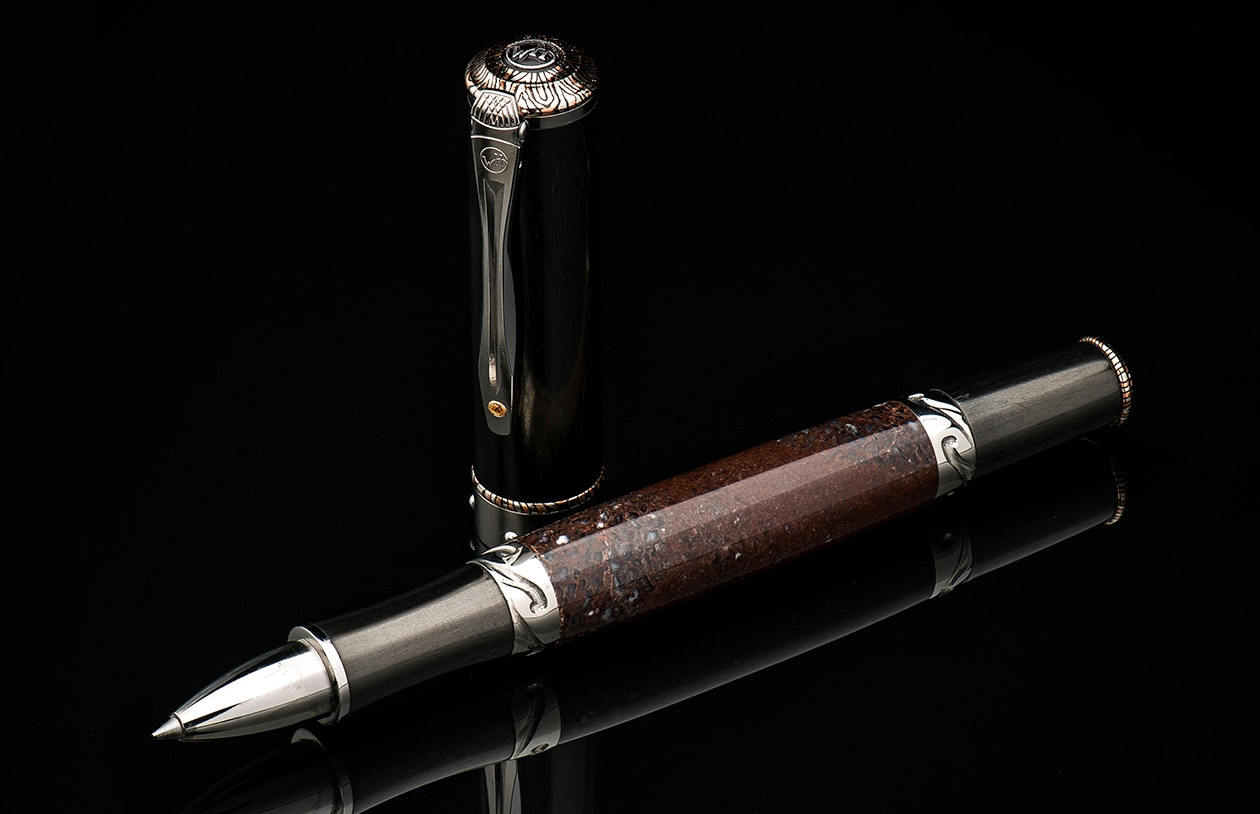 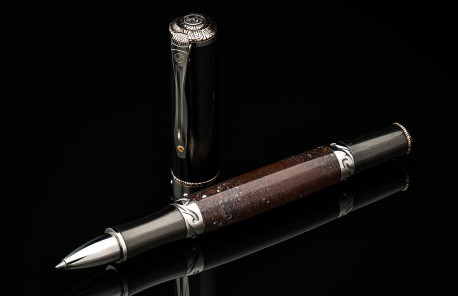