Edition of 50 pieces -
SKU
RB8 SPIRAL
The Cabernet 'Spiral' is a beautiful rollerball pen featuring a full body in 24K gold koftgari, titanium, and carbon fiber. Koftgari is the ancient, and almost forgotten,...
Read More
$1,500.00
Pay over time with 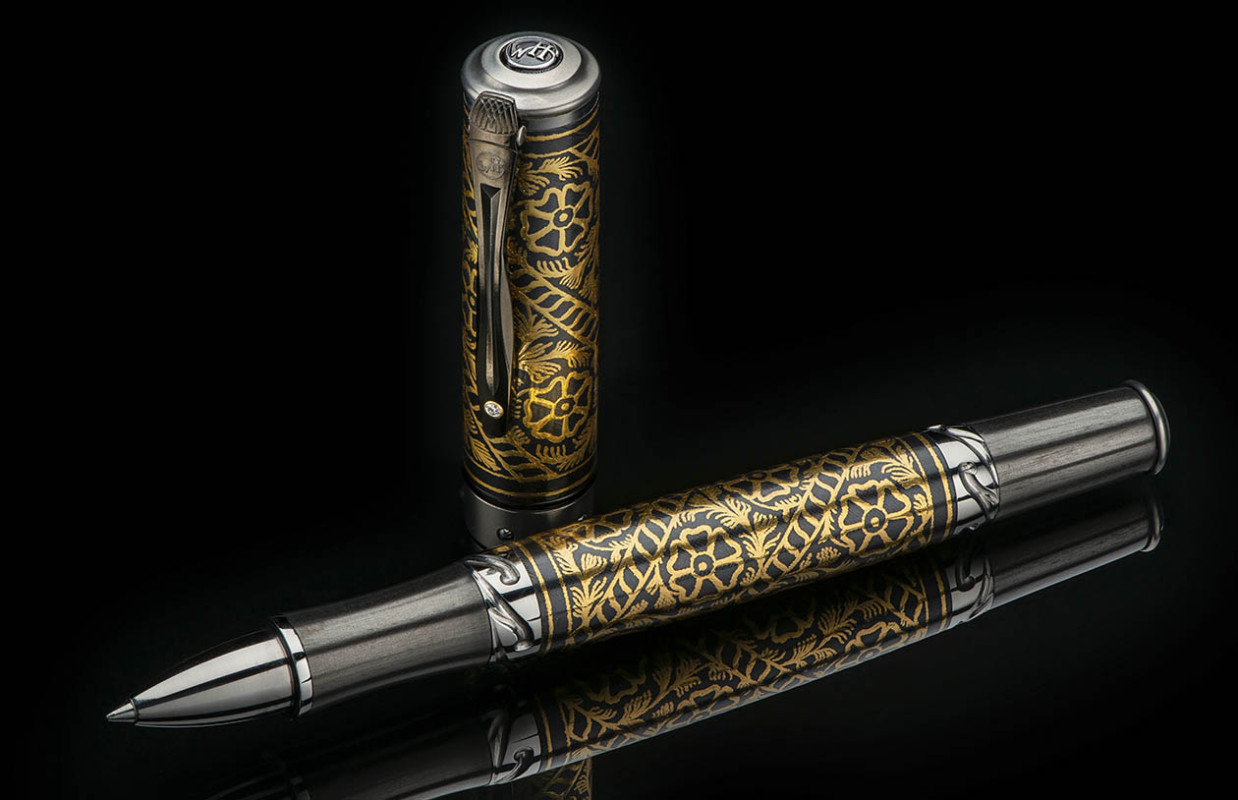 Skip to the beginning of the images gallery
The Cabernet 'Spiral' is a beautiful rollerball pen featuring a full body in 24K gold koftgari, titanium, and carbon fiber. Koftgari is the ancient, and almost forgotten, Indian technique of inlaying gold and/or sterling silver in tool steel. The mesmerizing pattern created in one of the few Indian villages that still master this technique. The pocket clip is set with a diamond. This beautiful writing instrument also features William Henry's patent-pending Wavelock™ cap closure system – a ring of chromium steel balls embedded in a titanium ring which are captured in wave-shaped grooves in titanium collars for closed and post positions. The Cabernet 'Spiral' is an extremely limited edition, a rare opportunity of owning one of the only 50 pieces available worldwide. 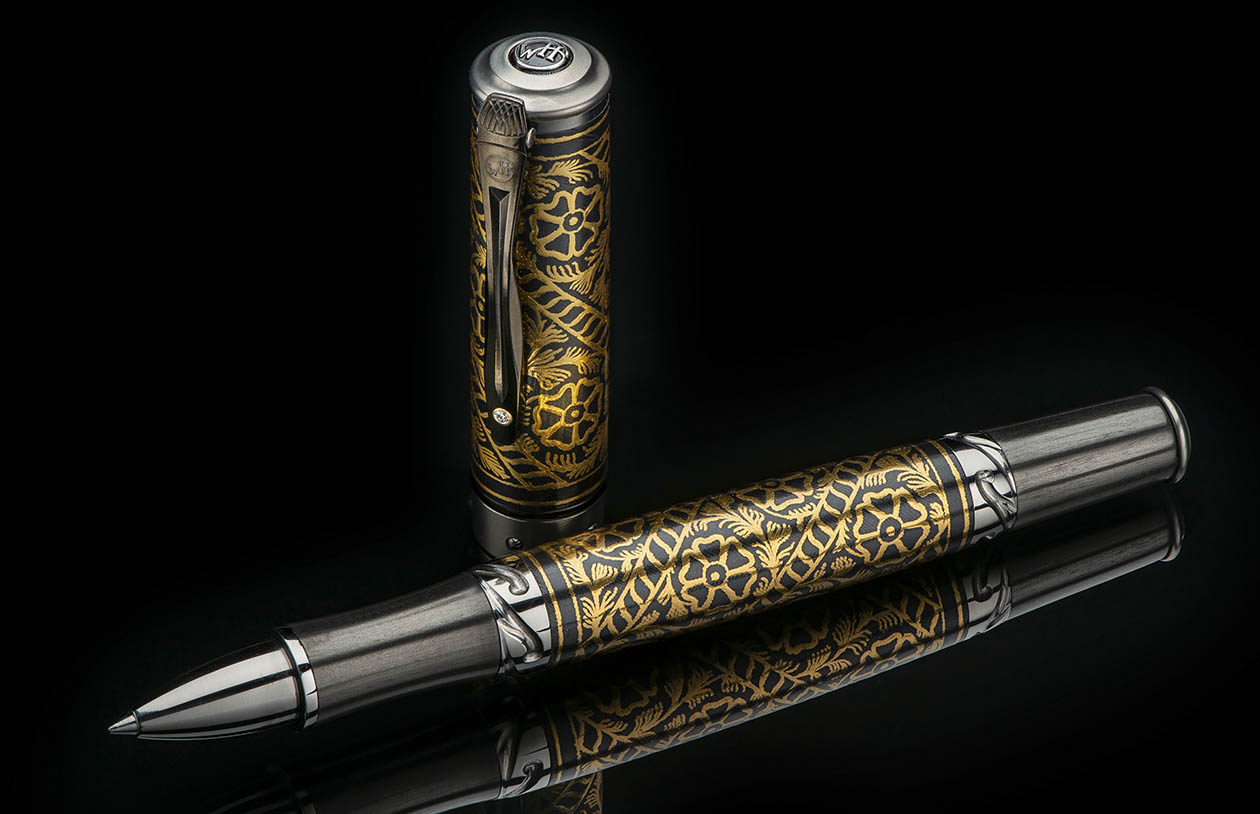 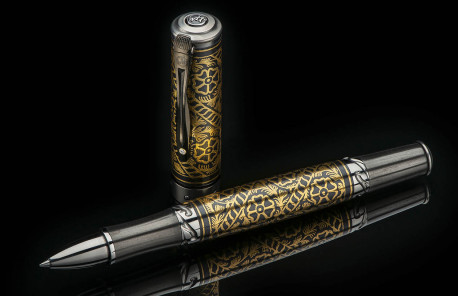