SKU
FL BB4 ONX RG
The Tint features our classic ‘sugar skull’ beads, all the way around the wrist, sculpted from solid 18k Rose Gold.  We use matte finish onyx as a spacer between...
Read More
$14,950.00
Sizing Info
Pay over time with 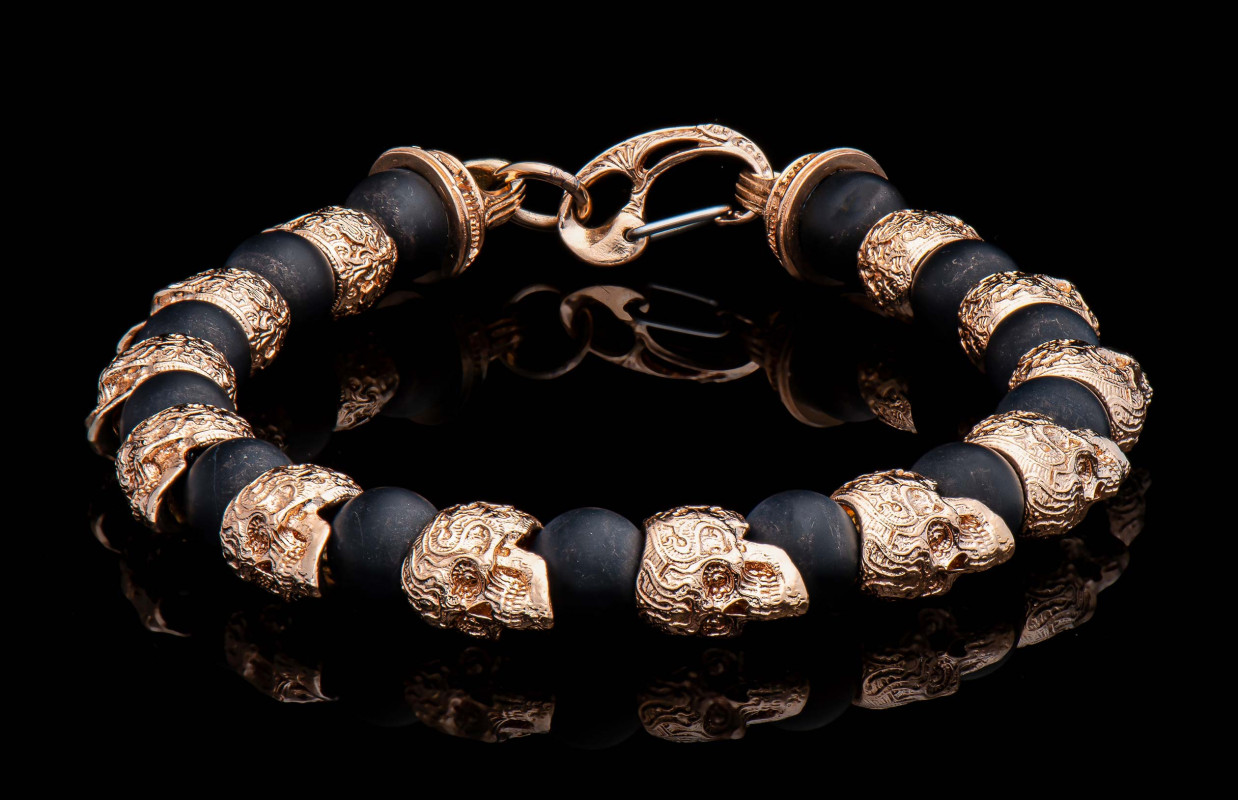 The Tint features our classic ‘sugar skull’ beads, all the way around the wrist, sculpted from solid 18k Rose Gold.  We use matte finish onyx as a spacer between each gold piece, and the bracelet is finished with our end caps and custom clasp, also in solid gold.  A lot of bling without the glitter, elegant and subtle and alluring.   Make a statement, solo or stacked on the wrist. 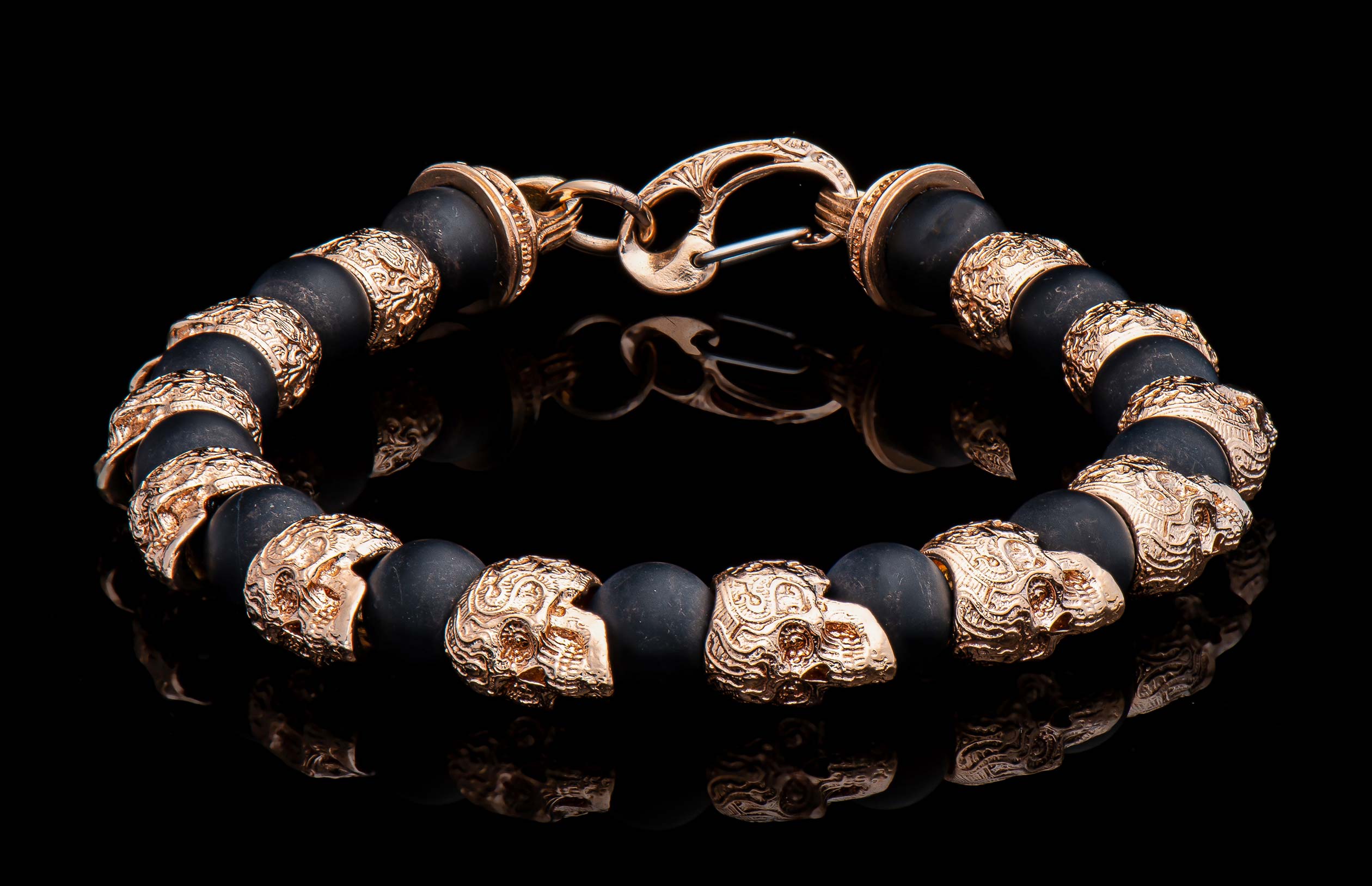 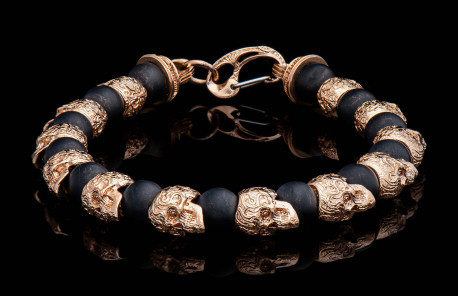