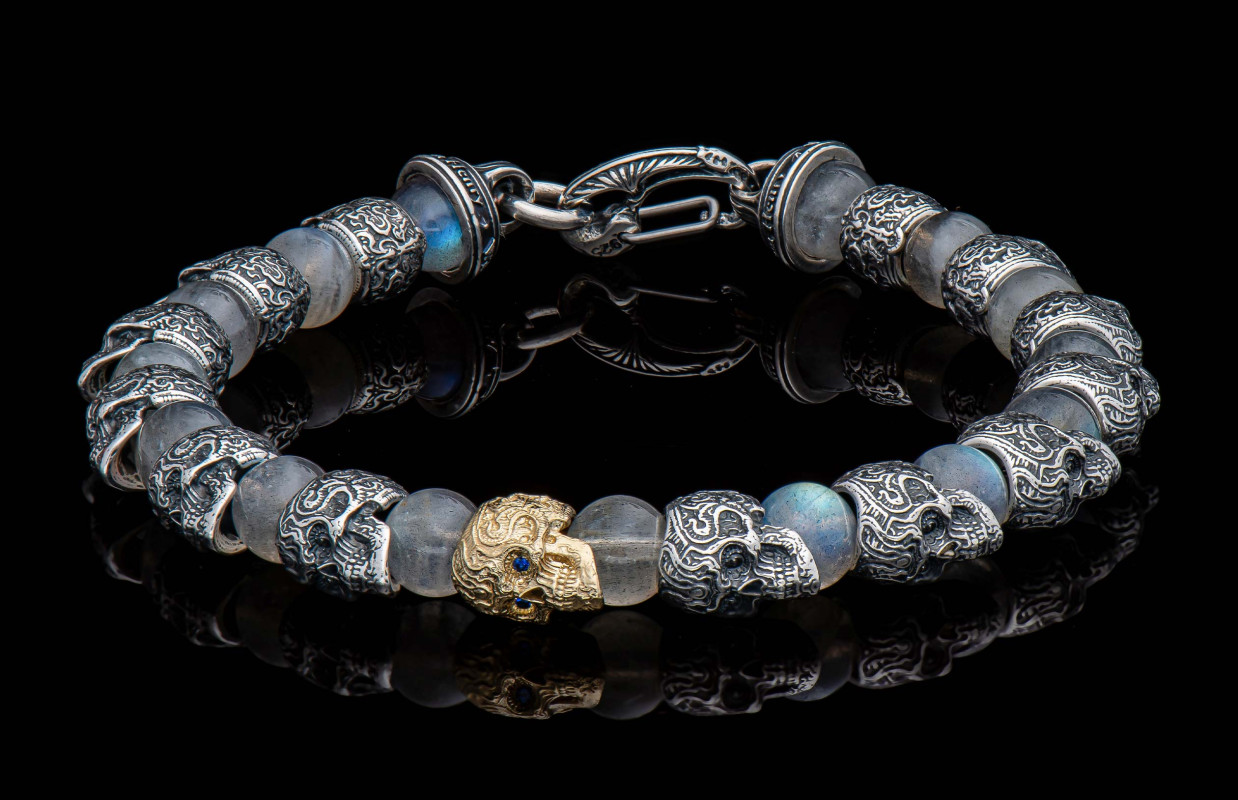 The Cirrus features our classic ‘sugar skull’ beads wrought in gold and sterling silver and flanked by the iridescent hues of Labradorite.  Sterling silver beads lead to a centerpiece sculpted from 18K Yellow Gold with inlaid Sapphires in the eyes.  Built on welded stainless steel aircraft cable and finished with sterling end caps and clasp, a perfect mix of beauty and brawn. 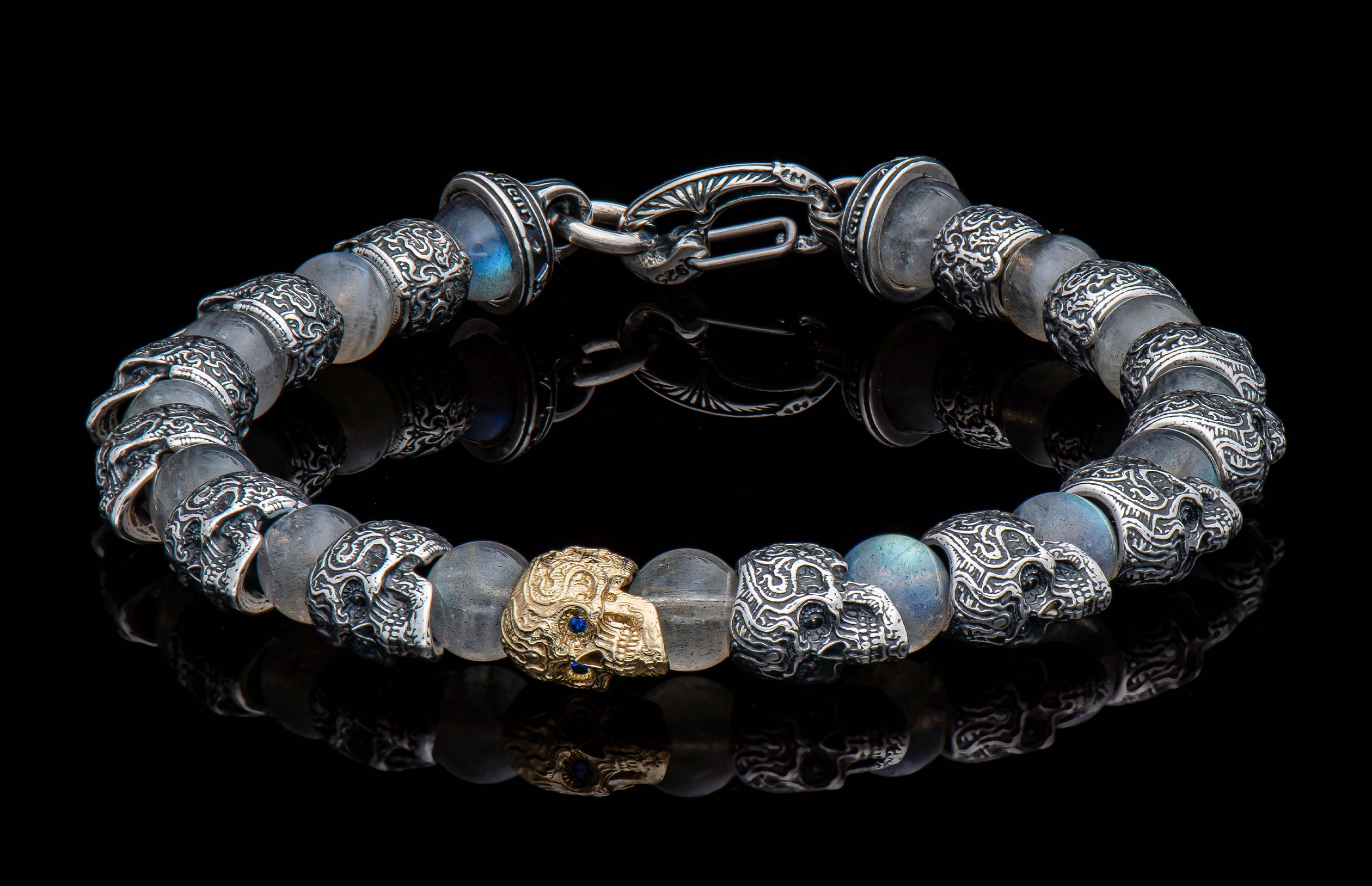 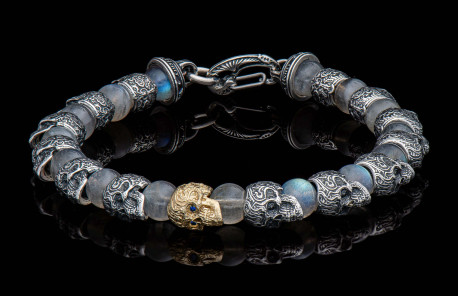