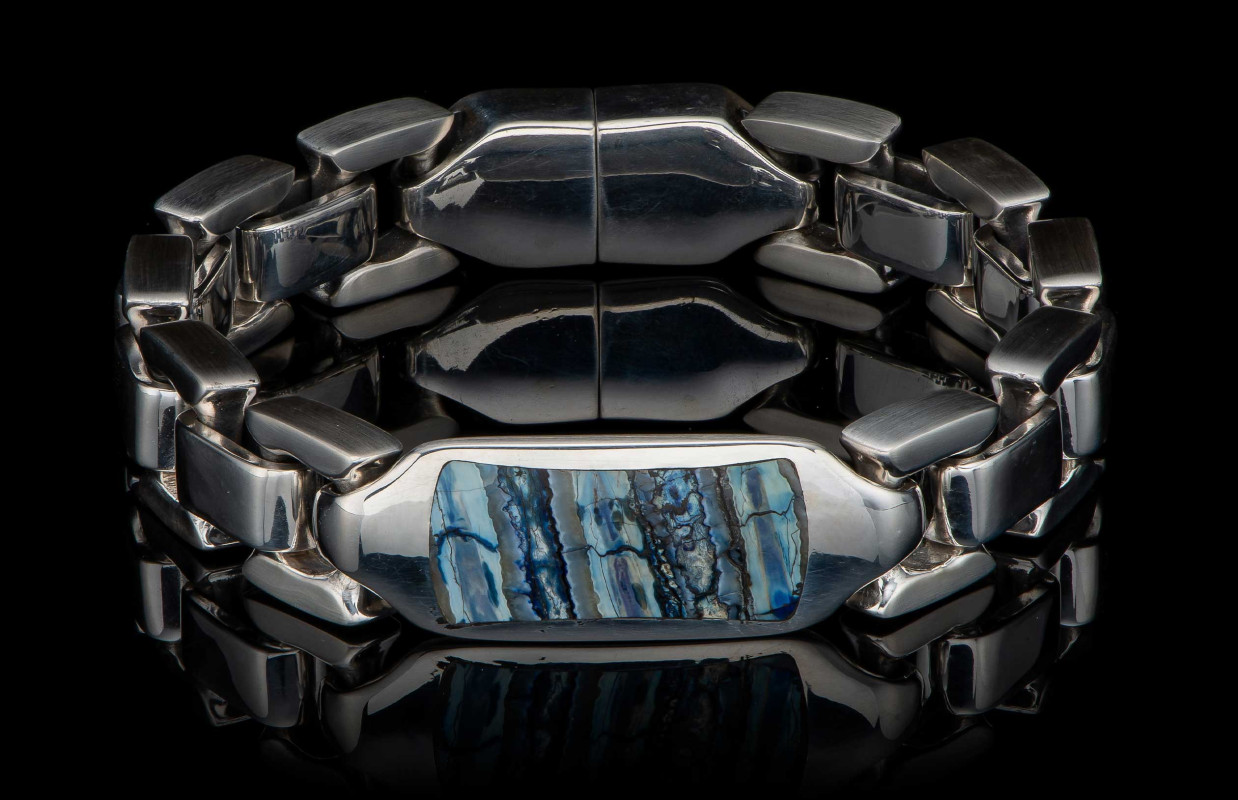 The 'Blue Mammoth Identity' features heavy sculpted sterling silver links inlaid with 10,000 year old woolly mammoth tooth. This stunning and unique material tells stories from a bygone era. In addition to precise hand finishing, this fine piece of William Henry jewelry has been fitted with our stainless button lock clasp, inlaid with a genuine blue sapphire. An engraving space is located on the back of the center ID tag. 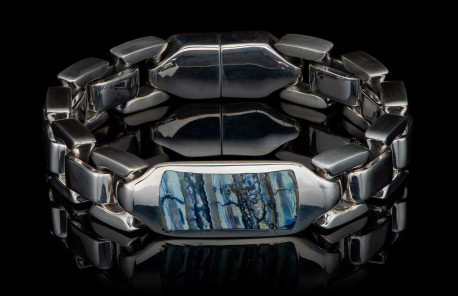