SKU
BB28 PO YG
Embrace the night, the mystery, and the possibilities with this exquisite wrist piece. The center piece is a premium jade bead captured within an 18k yellow gold...
Read More
Sizing Info
Pay over time with 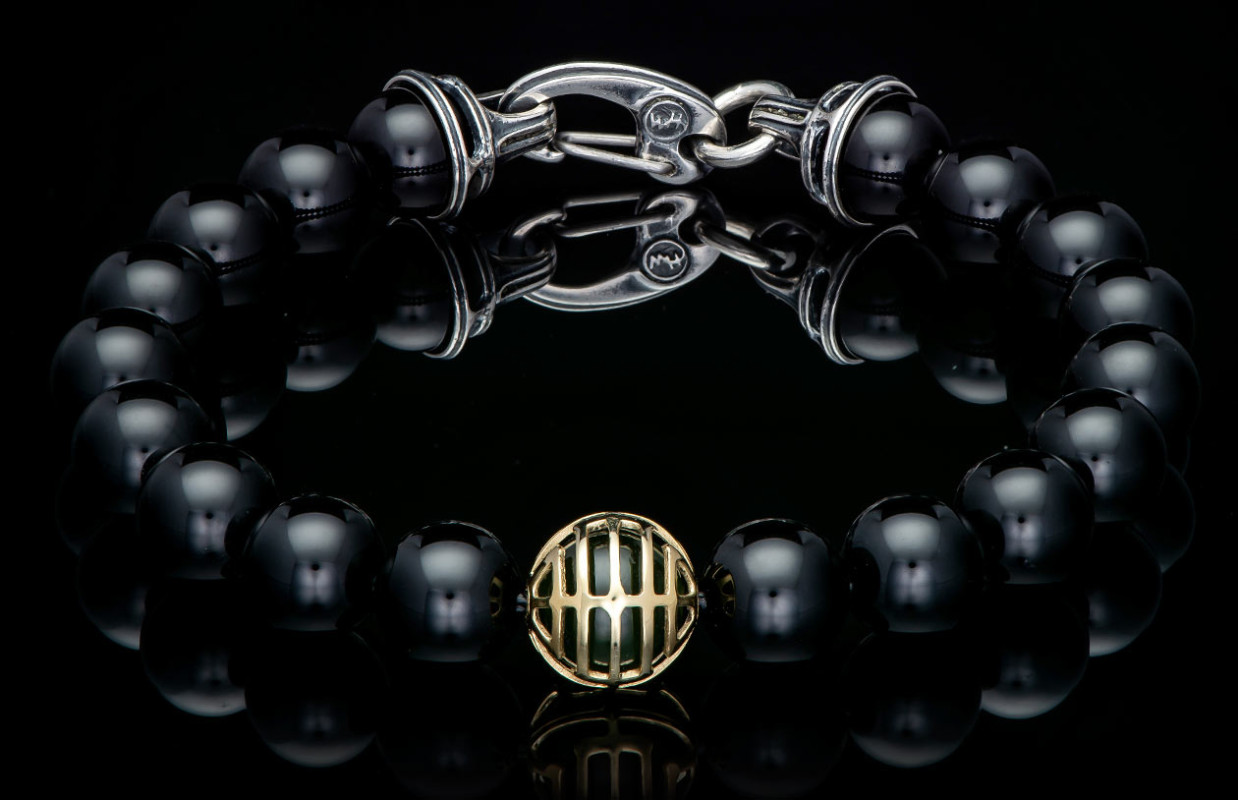 Skip to the beginning of the images gallery
Embrace the night, the mystery, and the possibilities with this exquisite wrist piece. The center piece is a premium jade bead captured within an 18k yellow gold cage, surrounded by the simple elegance of polished black onyx. Finished with sterling end caps and clasp, the Midnight Hour shines at any time of day, in any setting, with any attire. 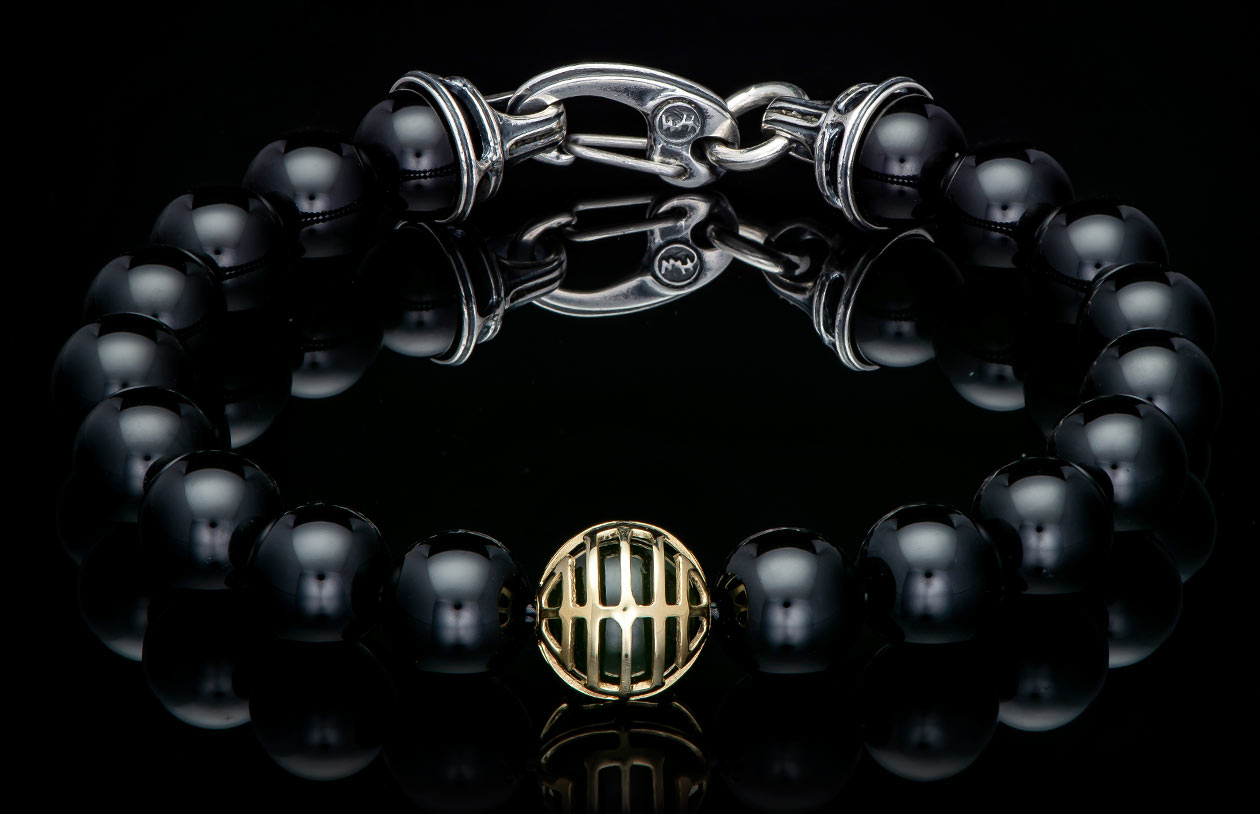 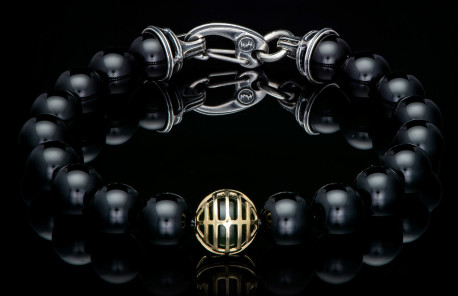