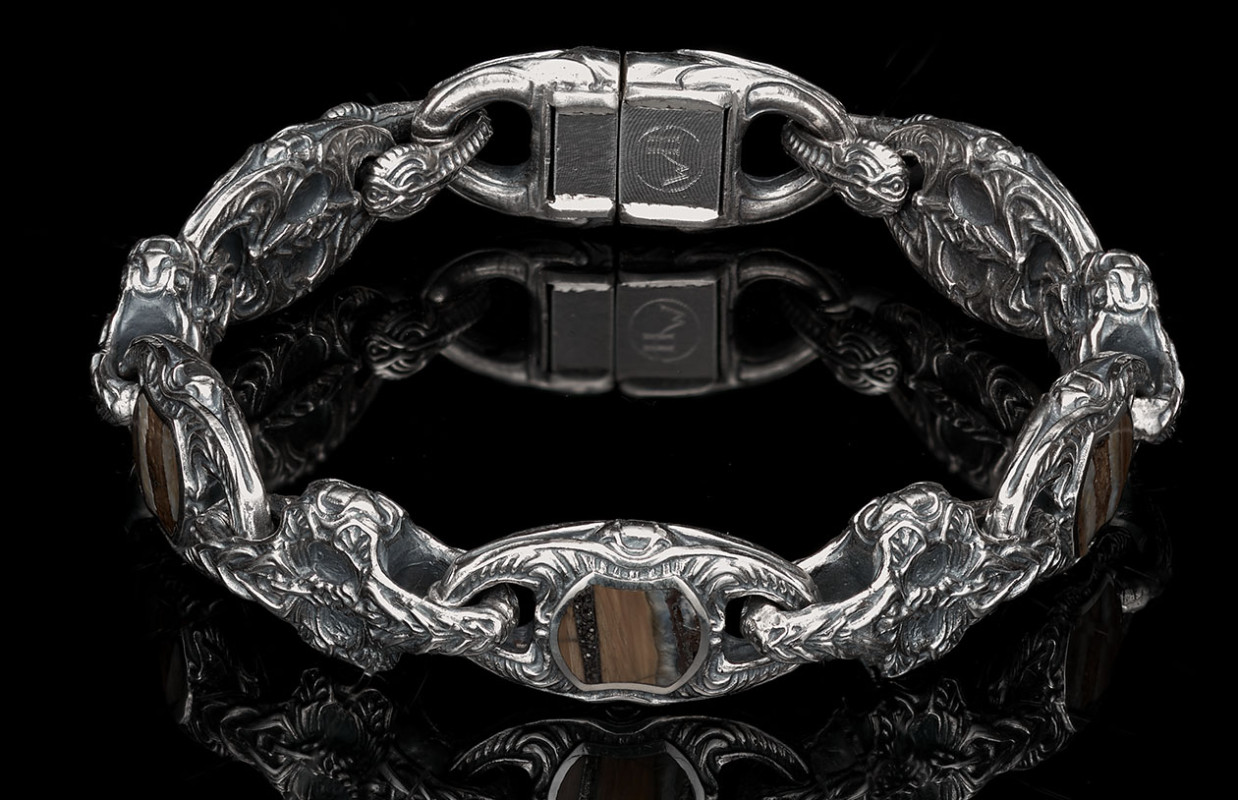 Skip to the beginning of the images gallery
The 'Squire' highlights our rare fossil wooly mammoth tooth inlaid into long and bold sculpted sterling silver links. The mammoth tooth dates back at least 10,000 years, and is found on the seafloor in select areas around the world. Processing (after discovery) takes almost three years. The results are stunning – each inlay, and each bracelet, is absolutely unique by the very nature of the material. Finished with a precision machined stainless button lock inlaid with a genuine citrine gemstone. Design your own history. 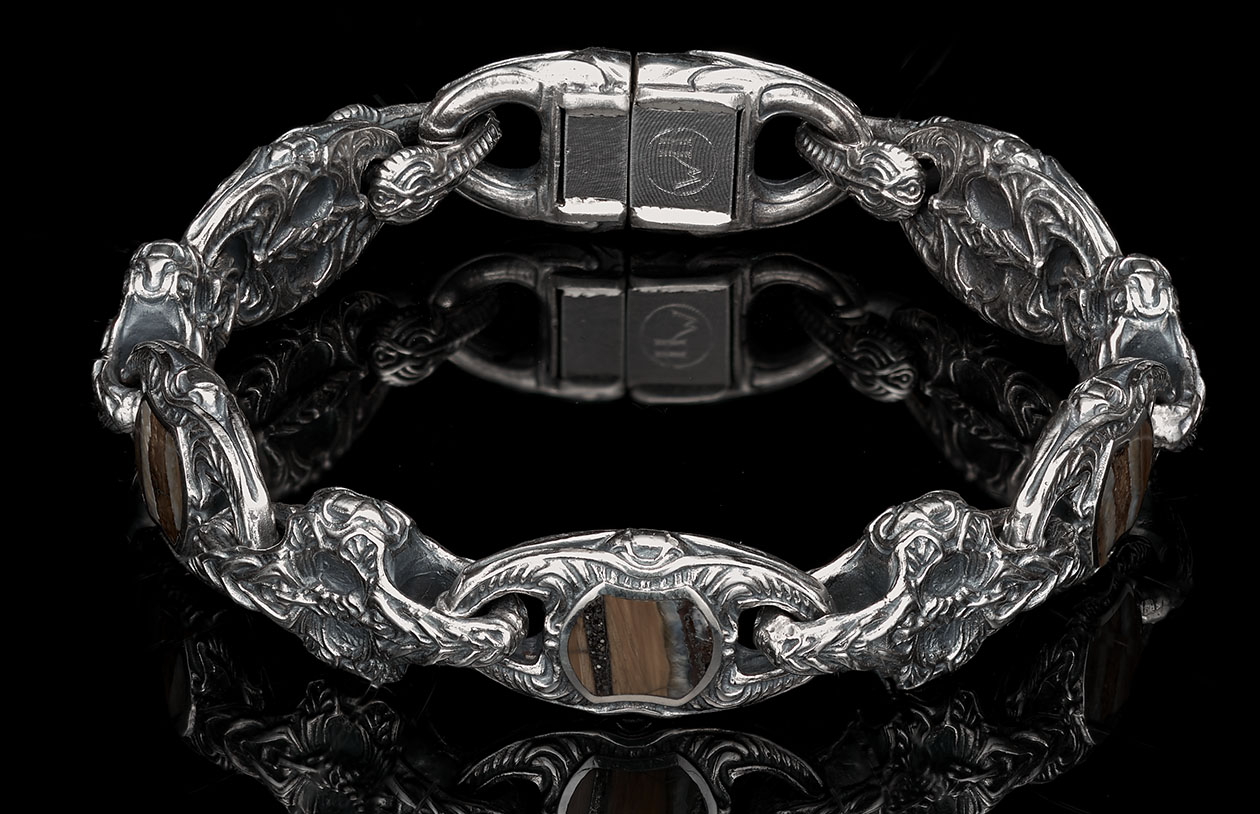 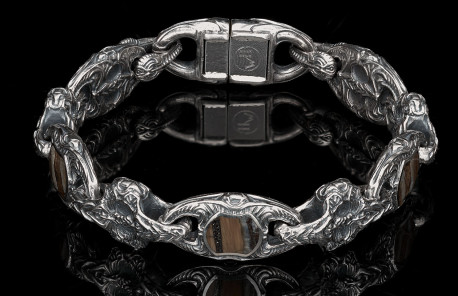