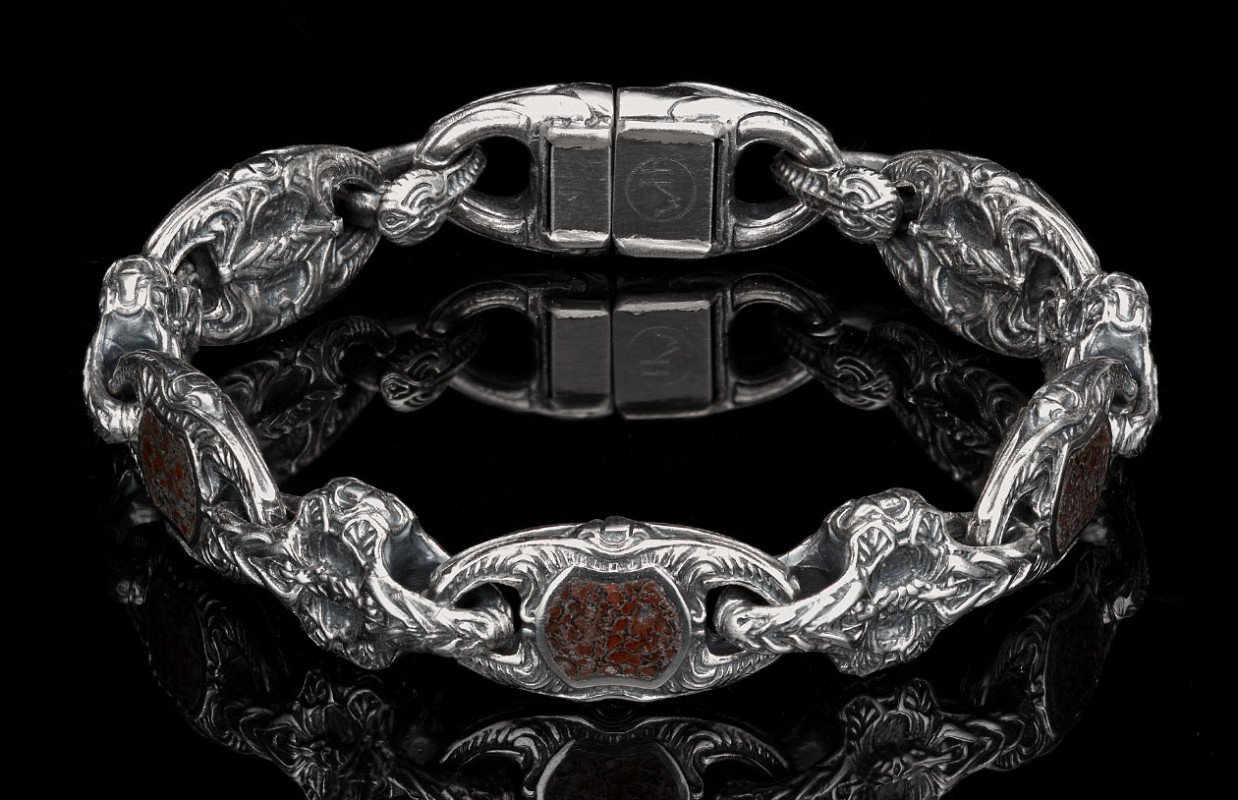 Skip to the beginning of the images gallery
The 'Intrepid' highlights our remarkable fossil dinosaur bone inlaid into long and bold sculpted sterling silver links. The bone comes from an apatosaurus, it dates back at least 100 million years, and is found in the American West. After millions of years, this amazing glimpse of the organic past is now rendered in stone. The results are stunning – each inlay, and each bracelet, is absolutely unique by the very nature of the material. Finished with a precision stainless button lock inlaid with a genuine smoky quartz gemstone. Design your own history. 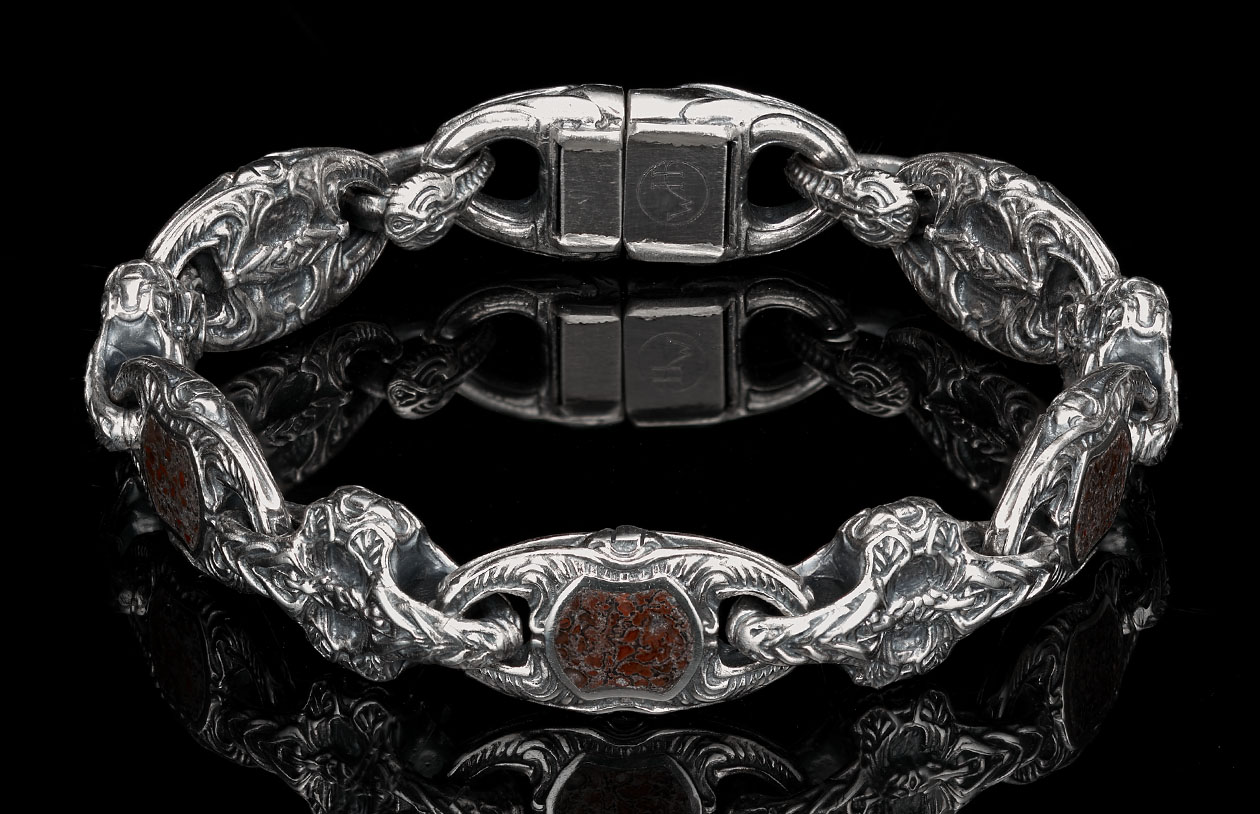 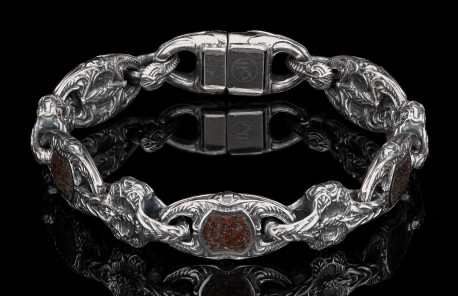