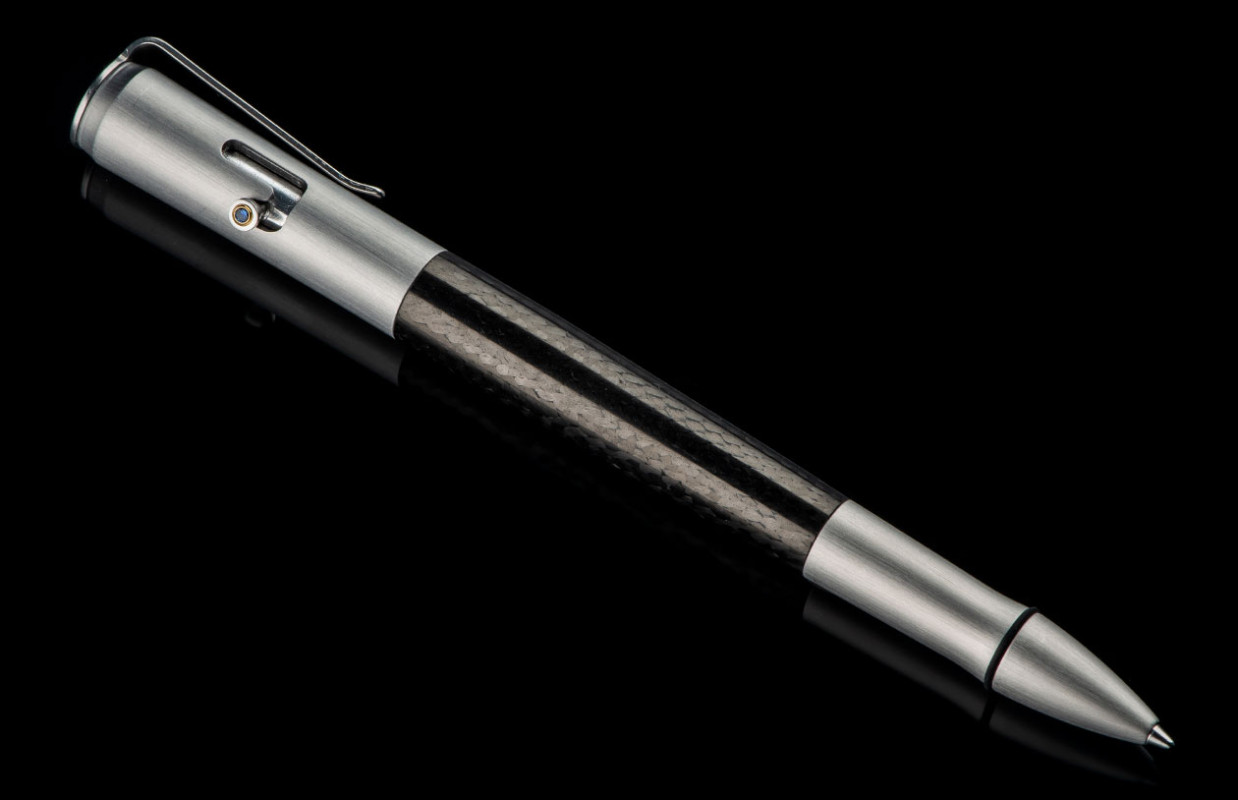 Skip to the beginning of the images gallery
A sleek and elegant pen that writes beautifully, carries comfortably, and catches the eye. The Synth features our bolt action mechanism, inspired by bolt action rifles, which locks open and spring releases closed – and yes, it’s a lot of fun to play with. Barrel is crafted from solid carbon fiber (not a single wrap), and trim accents are all in stainless steel. Both the thumbstud (on the bolt action system) and the top of the pen are inlaid with sapphires. Modern mechanics, clean lines and timeless craftsmanship. 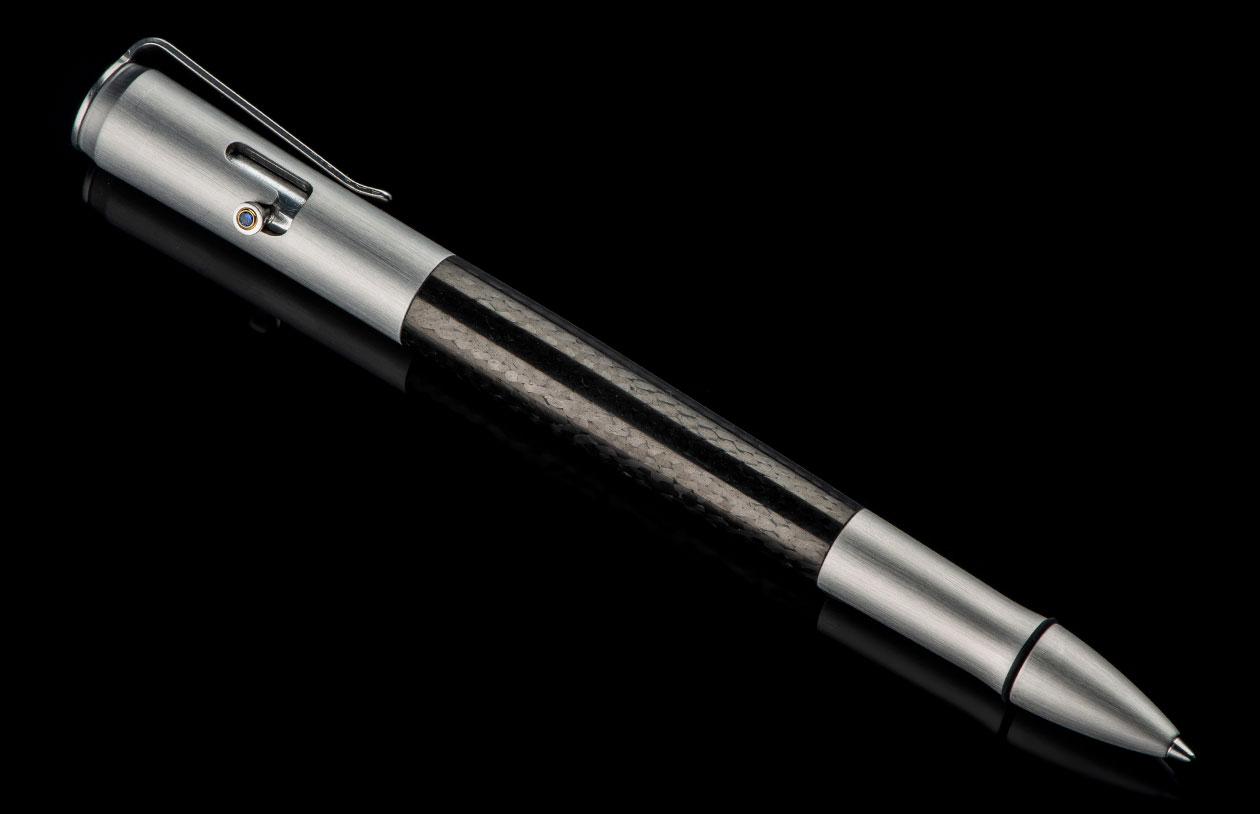 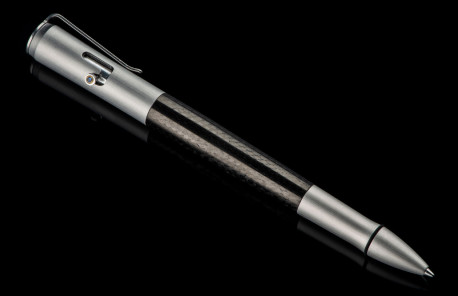