SKU
BB5 MT BR
The 'La Paz' is a beautiful bracelet that equally belongs to the past, the present and the future. Center bead is hand-crafted from 10,000 year old woolly mammoth...
Read More
$850.00
Sizing Info
Pay over time with 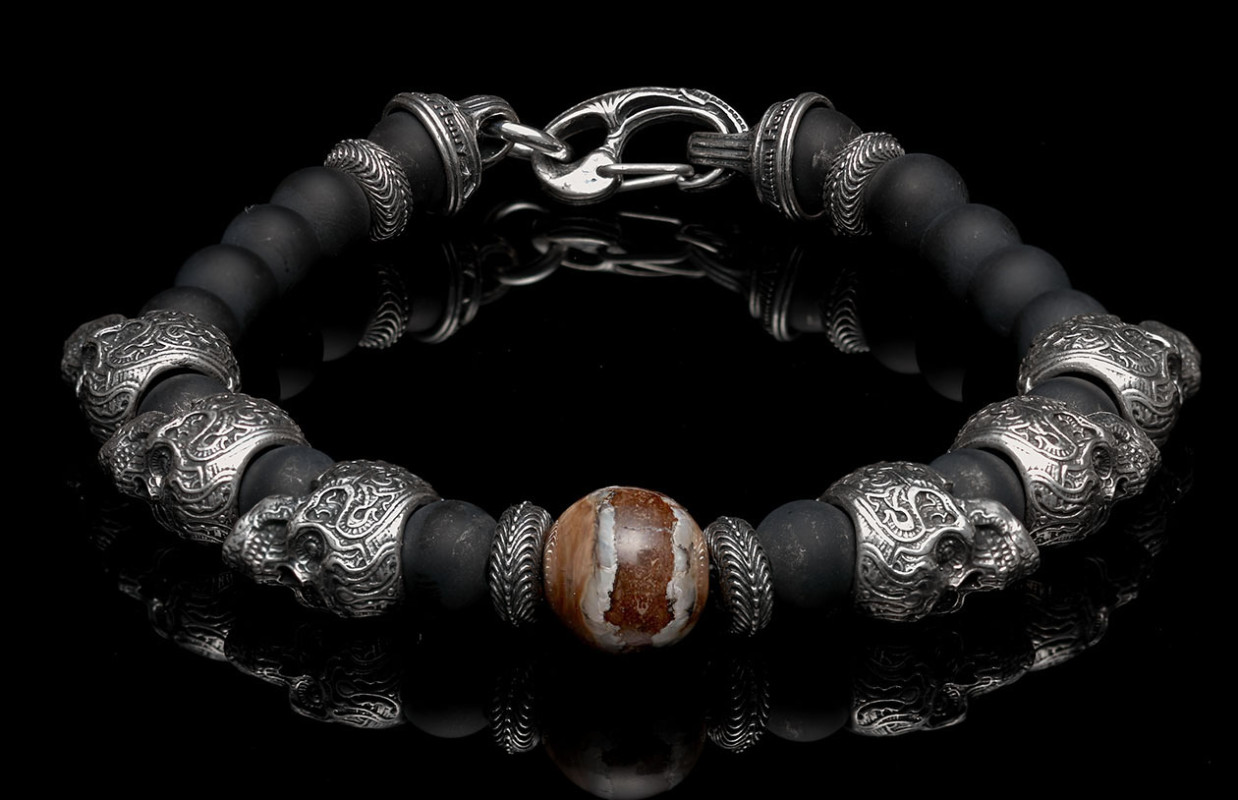 Skip to the beginning of the images gallery
The 'La Paz' is a beautiful bracelet that equally belongs to the past, the present and the future. Center bead is hand-crafted from 10,000 year old woolly mammoth tooth, harvested from the seabed and brought into the light to dry for 2 years before we start processing. Surrounded by finely sculpted sterling ‘sugar skull’ beads and accents interwoven with frosted black onyx. Clasp also in sterling silver. Just enough attitude to get attention when you want it, just elegant enough to belong to any occasion. 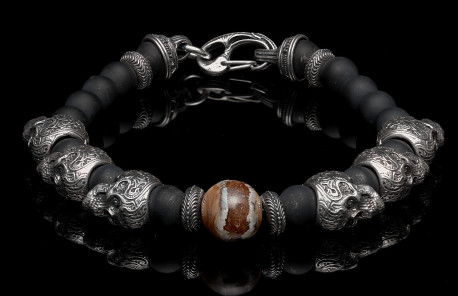