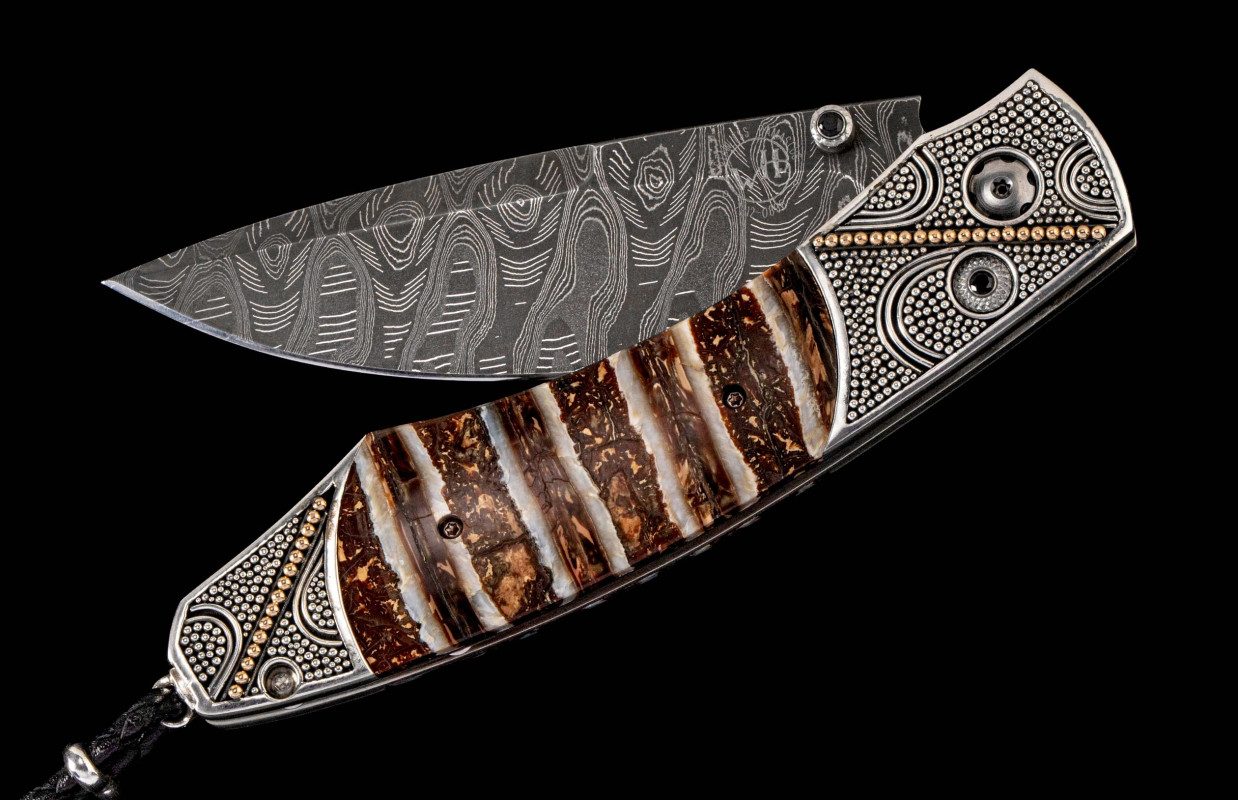 The Spearpoint 'Twenty-Five IV’ features a beautiful frame adorned in Sterling Silver granulated beads, a traditional smithing technique known as Jawan, which was used in several of William Henry's early knife designs and has not been featured in our collection for over 20 years. Inlaid with a stunning piece of 10,000 year-old fossil Woolly Mammoth tooth. The blade is hand-forged 'Hornets Nest' damascus steel by Mike Norris; the one-hand button lock and the thumb stud are set with spinel gemstones. A remarkable design with a full-size secure grip and deep-belly blade, the Spearpoint epitomizes William Henry’s core philosophy – that superlative function deserves to be elevated to superlative art. The ‘Twenty-Five IV’ features some of the most exotic materials, artistry and forged metals that are the hallmark of William Henry's collections. 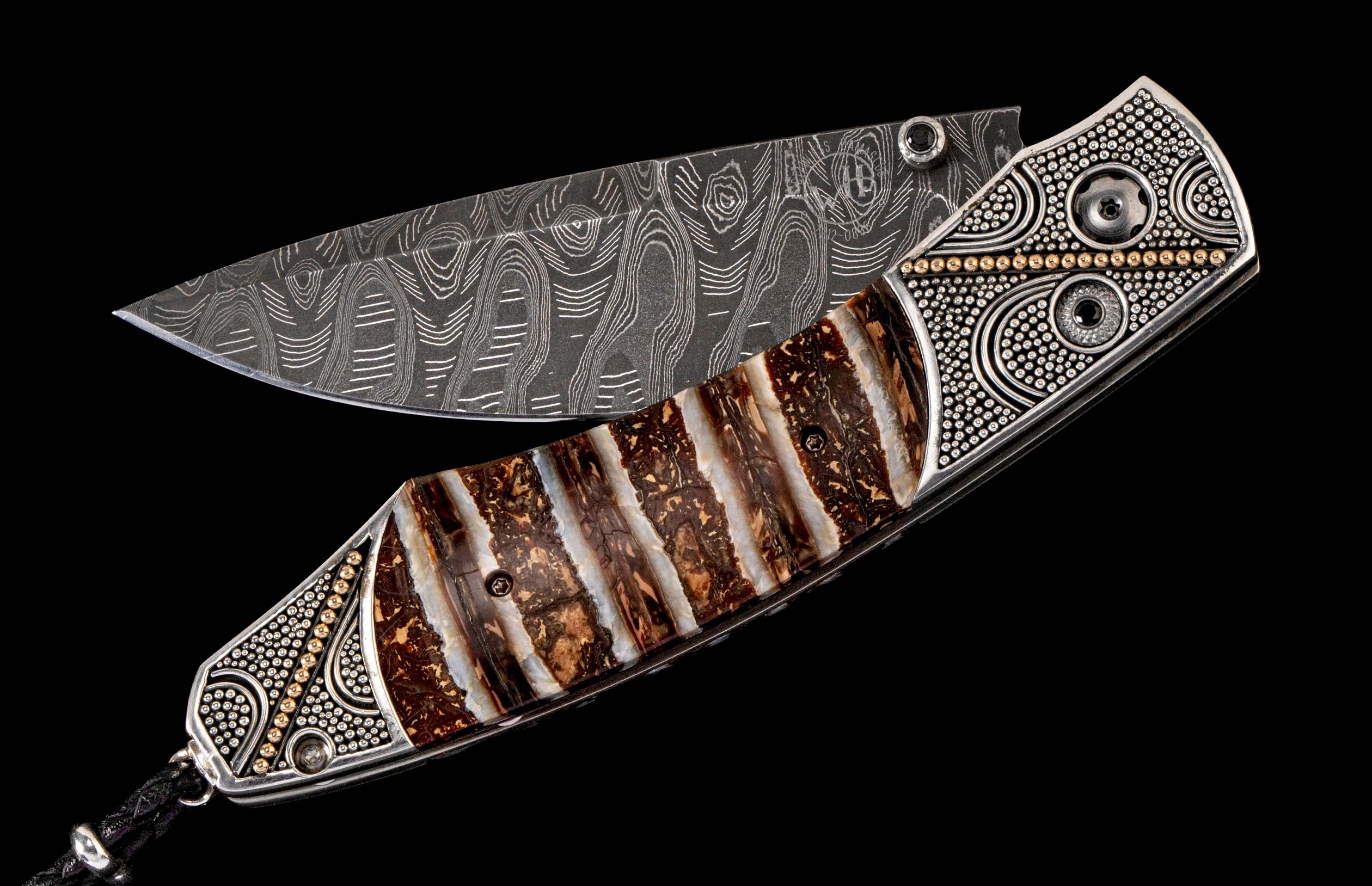 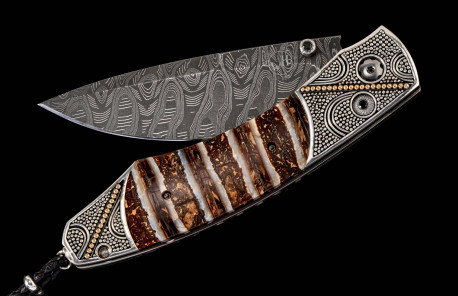