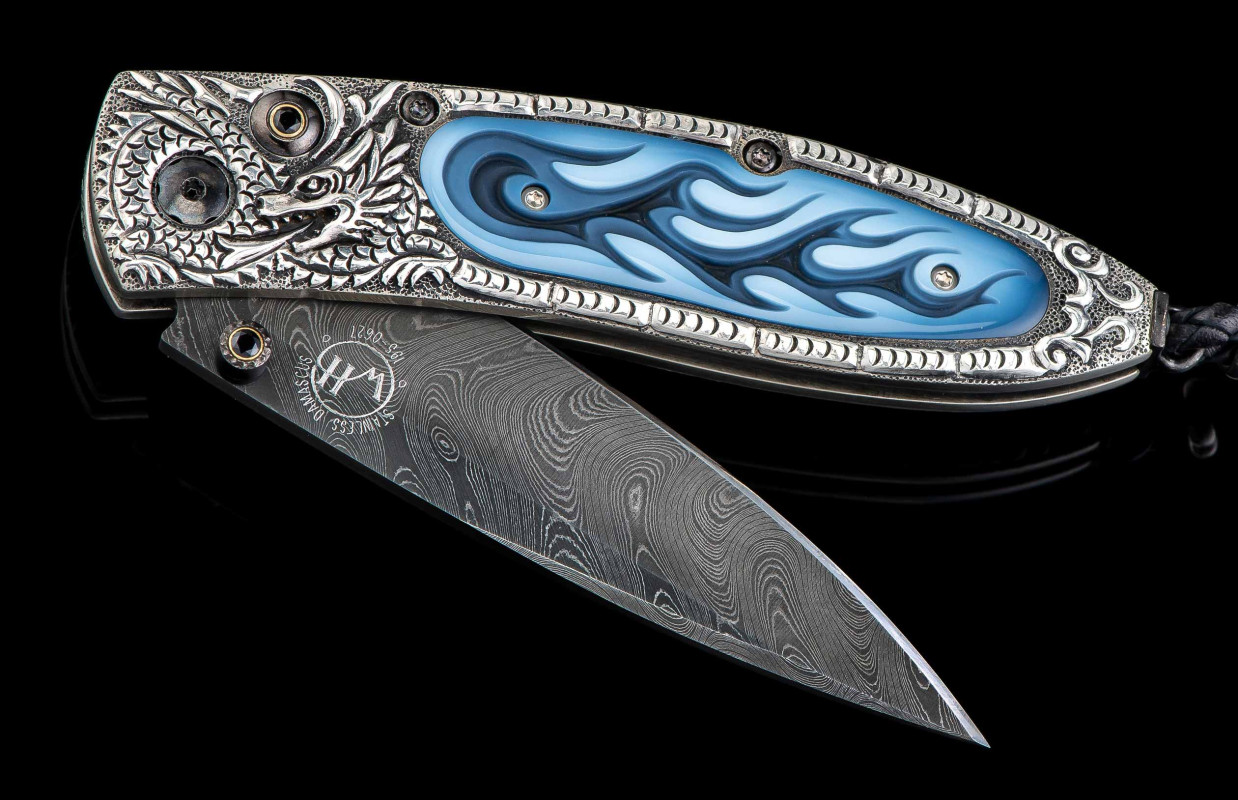 Skip to the beginning of the images gallery
The Monarch 'Dragon Fire' features a beautiful frame in hand-carved sterling silver by Lee Downey, inlaid with carved banded agate scales. The blade is hand-forged 'Boomerang' damascus by Chad Nichols. The one-hand button lock and the thumb stud are set with spinel gemstones. The Monarch is a simple design that is easy on the eye and effortless in the hand. The 'Dragon Fire' features some of William Henry's signature forged metals, and represents the perfect synthesis between elegance, function, modern and exotic materials; a distinctive personality statement to be worn and used for a lifetime. 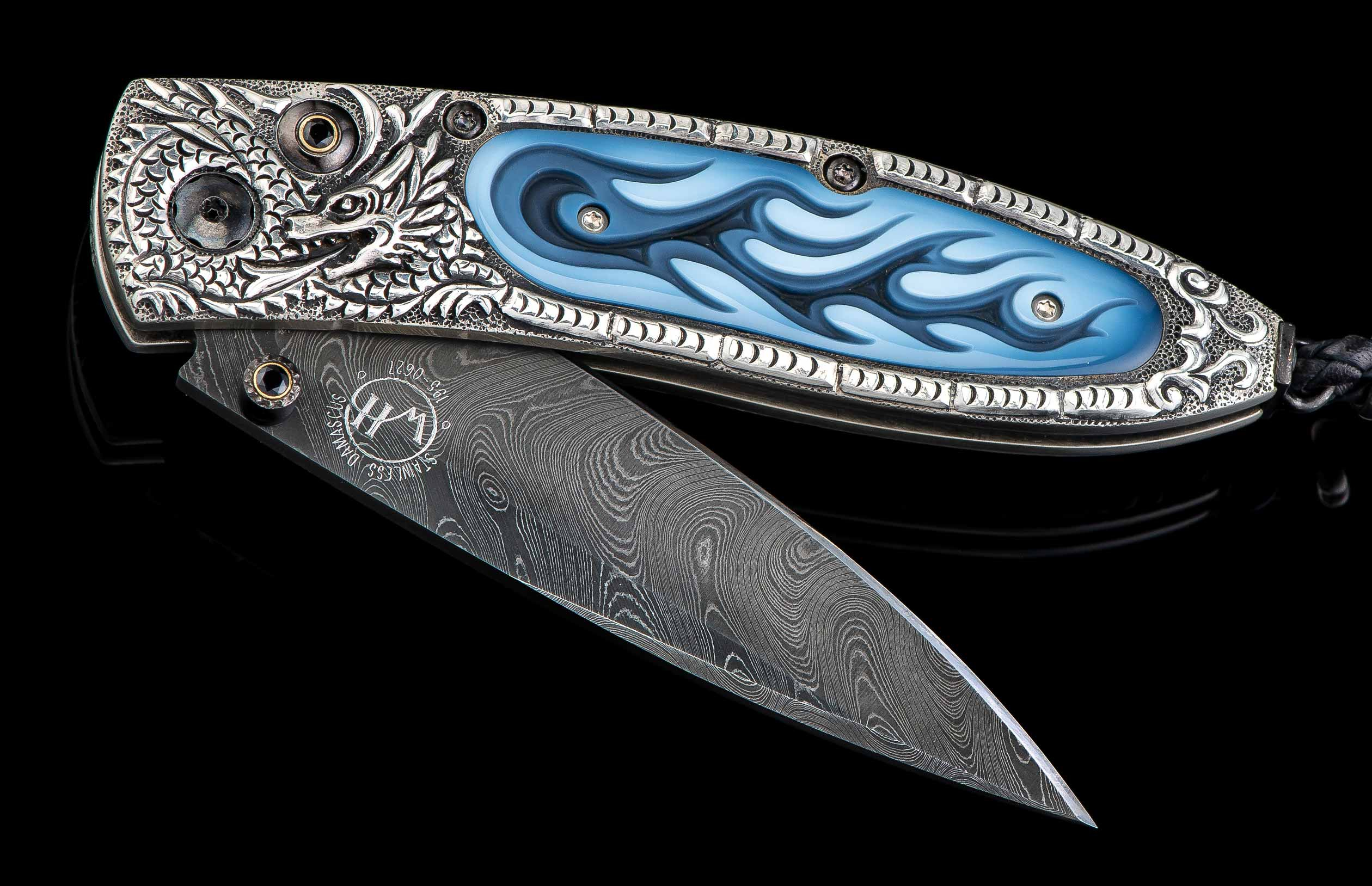 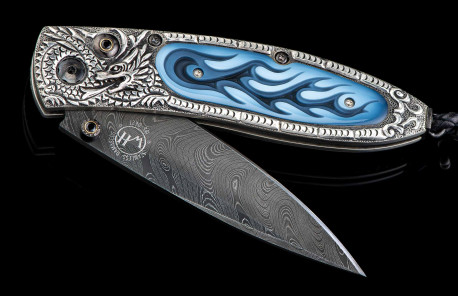 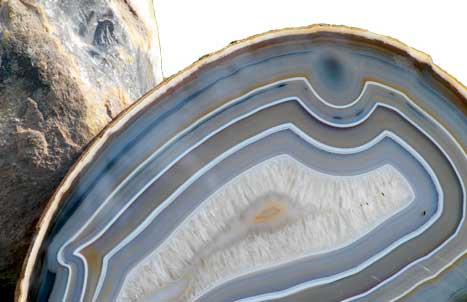