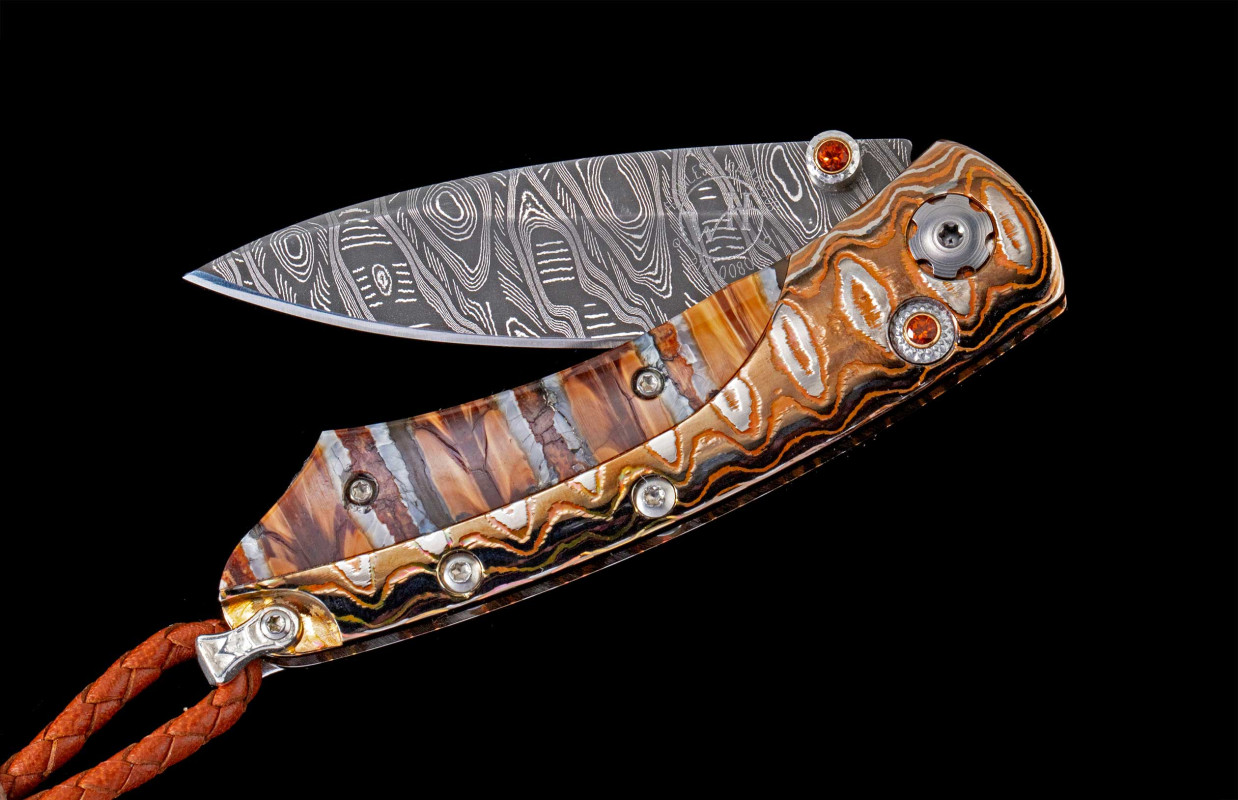 The Pikatti 'Ridgeline' folding knife features a frame in heat-colored 'Wave Mokume' inlaid with 10,000 year-old Woolly Mammoth tooth. The blade is hand-forged 'Hornets Nest' damascus by Mike Norris. The button lock and thumb stud are set with citrine gemstones. The perfect companion for every occasion, the Pikatti is the smallest of William Henry's folding knives, and the 'Ridgeline' also features some of the most beautiful and exotic materials of our collection. 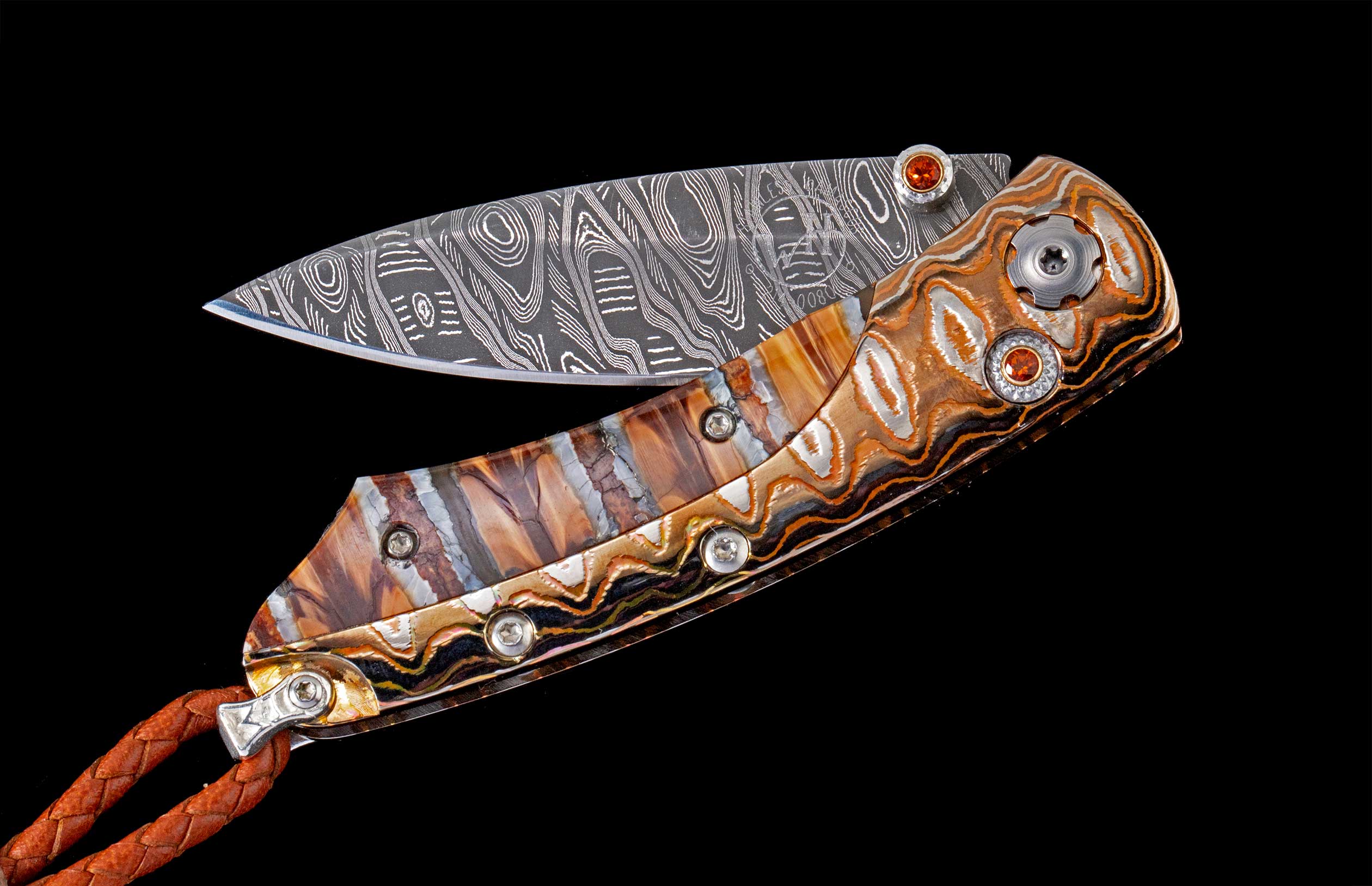 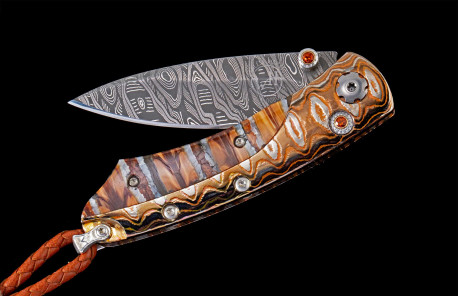