Edition of 50 pieces -
SKU
B12 BIRCH
The Spearpoint ‘Birch' features a mesmerizing frame in 24K gold Koftgari (the ancient Indian technique of inlaying gold and/or sterling silver in tool-steel),...
Read More
$2,000.00
Pay over time with 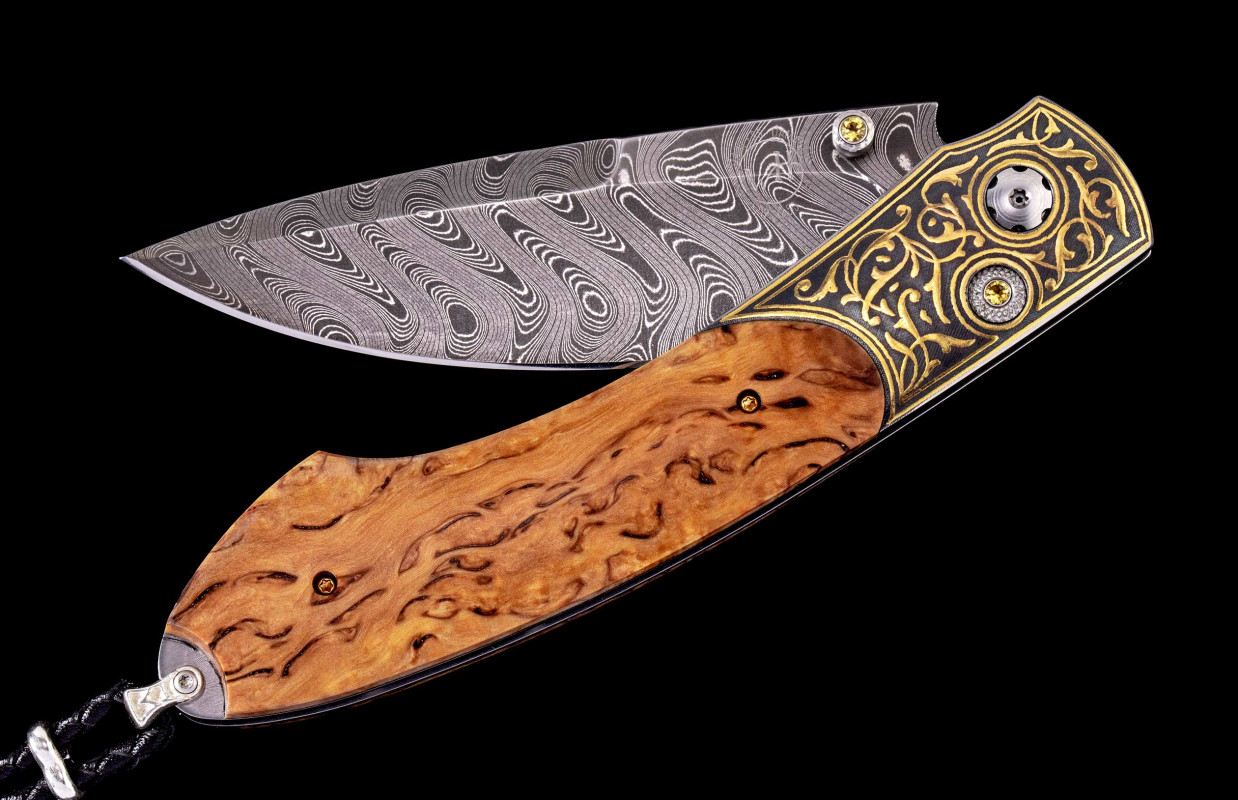 The Spearpoint ‘Birch' features a mesmerizing frame in 24K gold Koftgari (the ancient Indian technique of inlaying gold and/or sterling silver in tool-steel), inlaid with Masur Birch wood. The blade is hand-forged 'Boomerang' damascus steel by Chad Nichols; the one-hand button lock and the thumb stud are set with citrine gemstones. A remarkable design that gives you an instrument with a full-size secure grip, and a versatile deep-belly blade, the Spearpoint epitomizes William Henry’s core philosophy – that superlative function deserves to be elevated to superlative art. The ‘Birch’ features some of the most exotic materials, artistry, and hand-forged metals that are the hallmark of William Henry's collections; a timeless heirloom to be proudly worn and used for a lifetime before being handed-down to another generation.

All William Henry knives feature a unique serial number which is engraved into the blade to assure the authenticity and lifetime traceability of the product.
This knife is shipped in an elegant wood presentation box, and it comes with a pocket clipcase made from soft, high-grade leather, with an integrated stainless steel pocket clip. 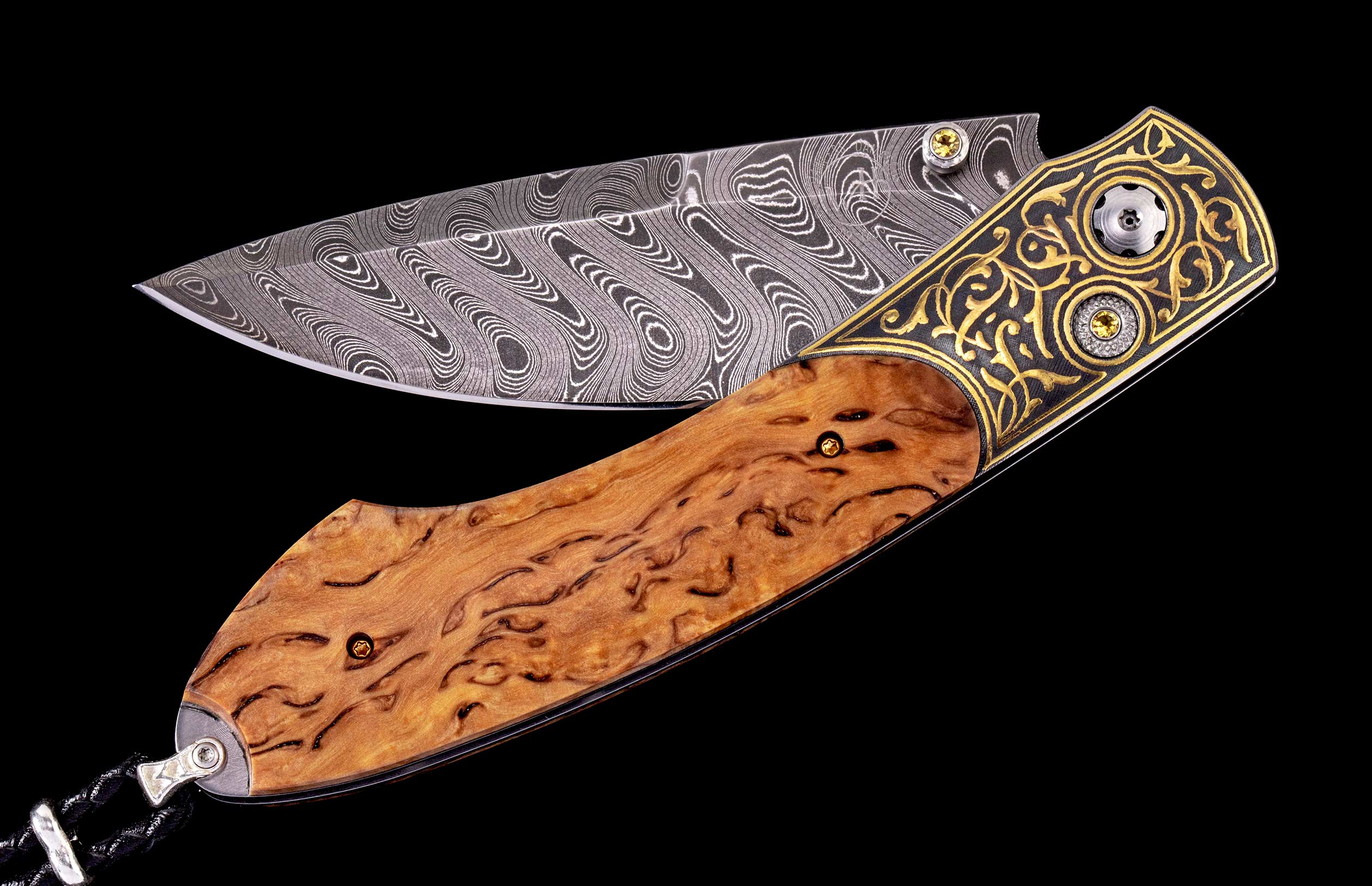 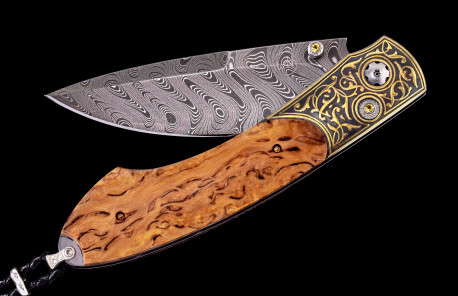