Edition of 500 pieces -
SKU
F35 SIBERIA
This exquisite fixed-blade is built from one solid piece of forged damascus steel.  We start with a big billet, 108 layers in all, of stainless damascus and then...
Read More
$1,095.00
Pay over time with 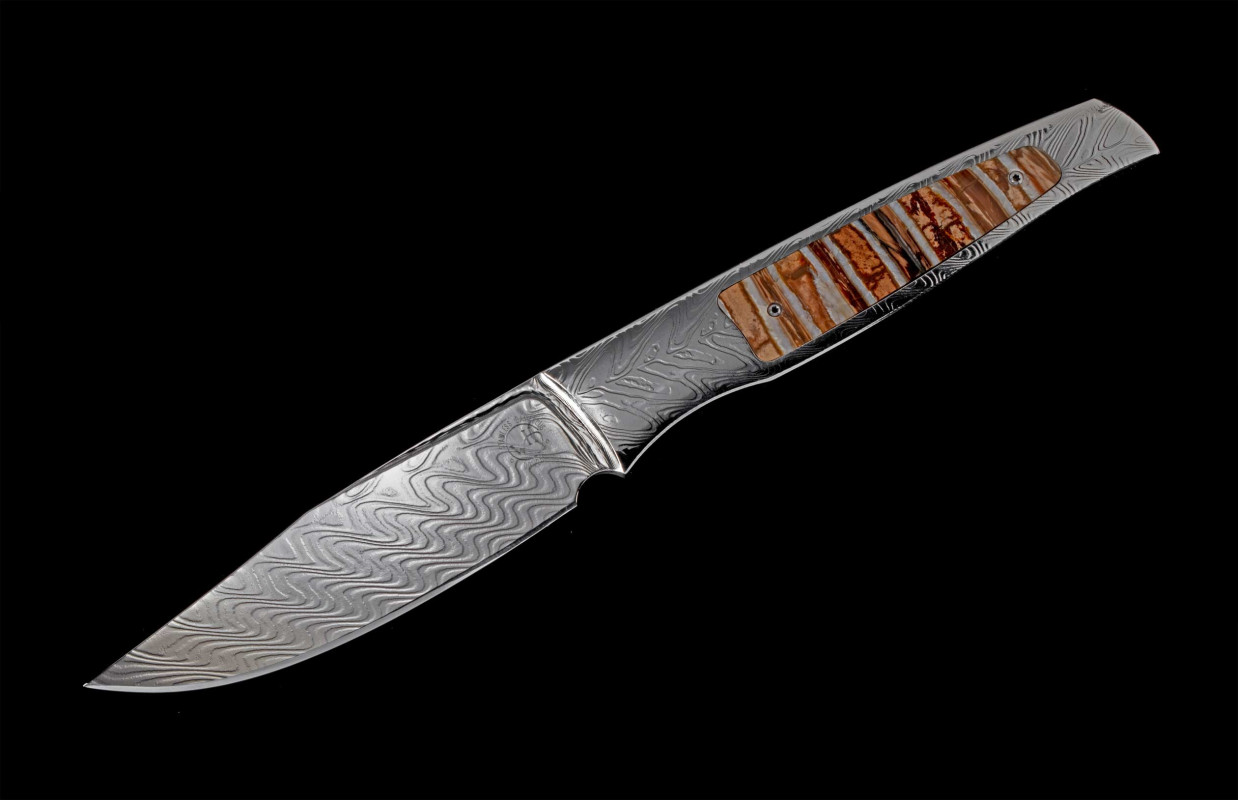 This exquisite fixed-blade is built from one solid piece of forged damascus steel.  We start with a big billet, 108 layers in all, of stainless damascus and then grind away material to reveal the final form.  We use alternating layers of 9Cr Chromium steel and Cobalt, for a tough and durable edge with a hardness of HRC 59-60, worthy of the most challenging tasks.  The 'Siberia' is finished with inlays of fossil Wooly Mammoth Tooth, shaped by hand to the frame, and double etched and polished to reveal the unique pattern of the damascus within.  Limited edition of 500 pieces, includes a sturdy leather sheath and certificate of authenticity. 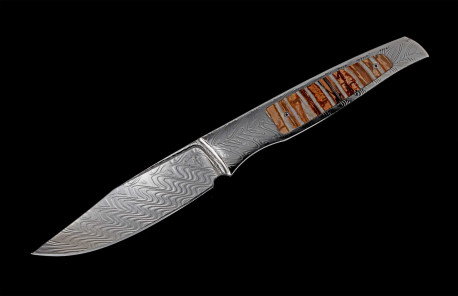 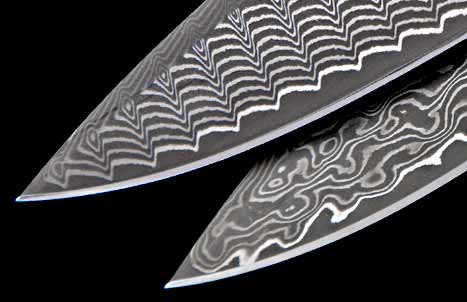 William Henry’s VG-10 damascus is created from billets with 67 layers of three different alloys.  The center, or core, features premium VG-10 stainless steel tempered to an optimal hardness of HRC 60-61 for exceptional sharpness and wear resistance.  The core is sandwiched between 33 layers of alternating nickel and steel which we use for tensile strength thru the blade, and to reveal the remarkable forged patterns within the composite alloys in the finished piece of steel.  Our final acid etch and hand-polish reveals the tapestry within, as each alloy reacts to the acid and emerges in contrasting tones of black, grey, and silver.  Each unique pattern is created by different forging dies used on each sandwiched billet of steel.