Edition of 250 pieces -
SKU
B09 BLUE COVE
The Kestrel 'Blue Cove' features a light and resilient frame in aerospace grade titanium, inlaid with Norway Blue Spruce pine cone. The blade is in William Henry's...
Read More
$750.00
Skip to the end of the images gallery 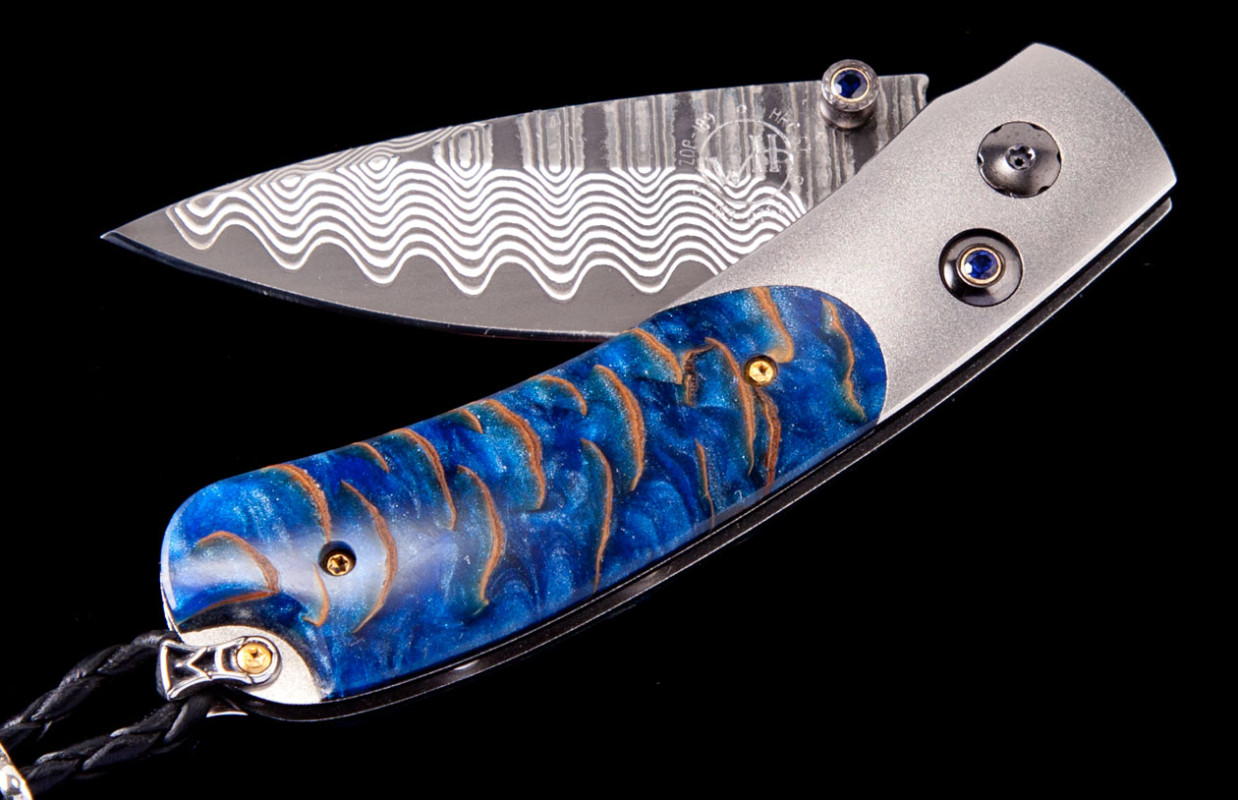 Skip to the beginning of the images gallery
The Kestrel 'Blue Cove' features a light and resilient frame in aerospace grade titanium, inlaid with Norway Blue Spruce pine cone. The blade is in William Henry's signature 'Wave' damascus steel with an extra sharp core in ZDP-189 steel; the one-hand button lock and the thumb stud are set with sapphire gem stones. The Kestrel is a compact but versatile folder that works and presents beautifully in any situation; the design, which offers a deep finger groove at the intersection between the handle and blade, makes this knife remarkably comfortable in the hand while being very small and easy to carry. The ‘Blue Cove’ features some of the exotic materials and hand-forged metals that are the hallmark of William Henry's collections; a distinctive personality statement to be worn and used for a lifetime. 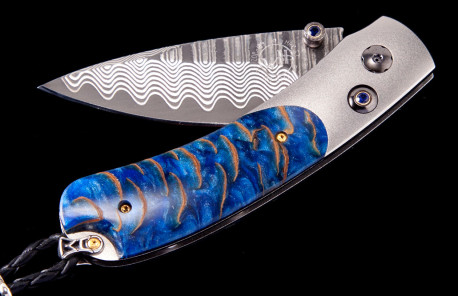