SKU
FL P5
'Transcendence' is a piece inspired by heraldry and valiance thru history. Mesmerizing in solid 18K rose gold, and inlaid with frosted black onyx on one side and...
Read More
Sizing Info
Pay over time with 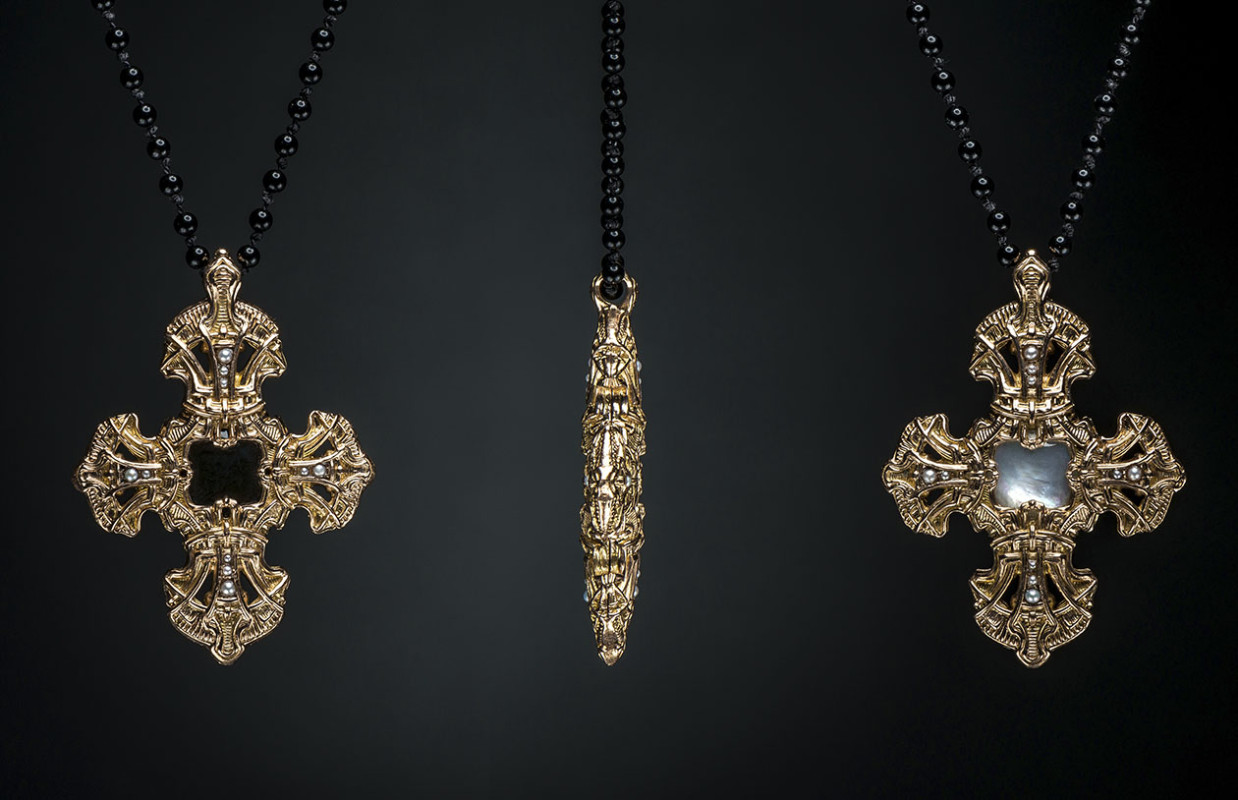 Skip to the beginning of the images gallery
'Transcendence' is a piece inspired by heraldry and valiance thru history. Mesmerizing in solid 18K rose gold, and inlaid with frosted black onyx on one side and white mother of pearl on the other, this piece is reversible and offers two distinct statements. Each side is elegantly finished with inlaid natural pearls in the cross. Finished on a hand-knotted onyx and tactical cord chain for generations to come. 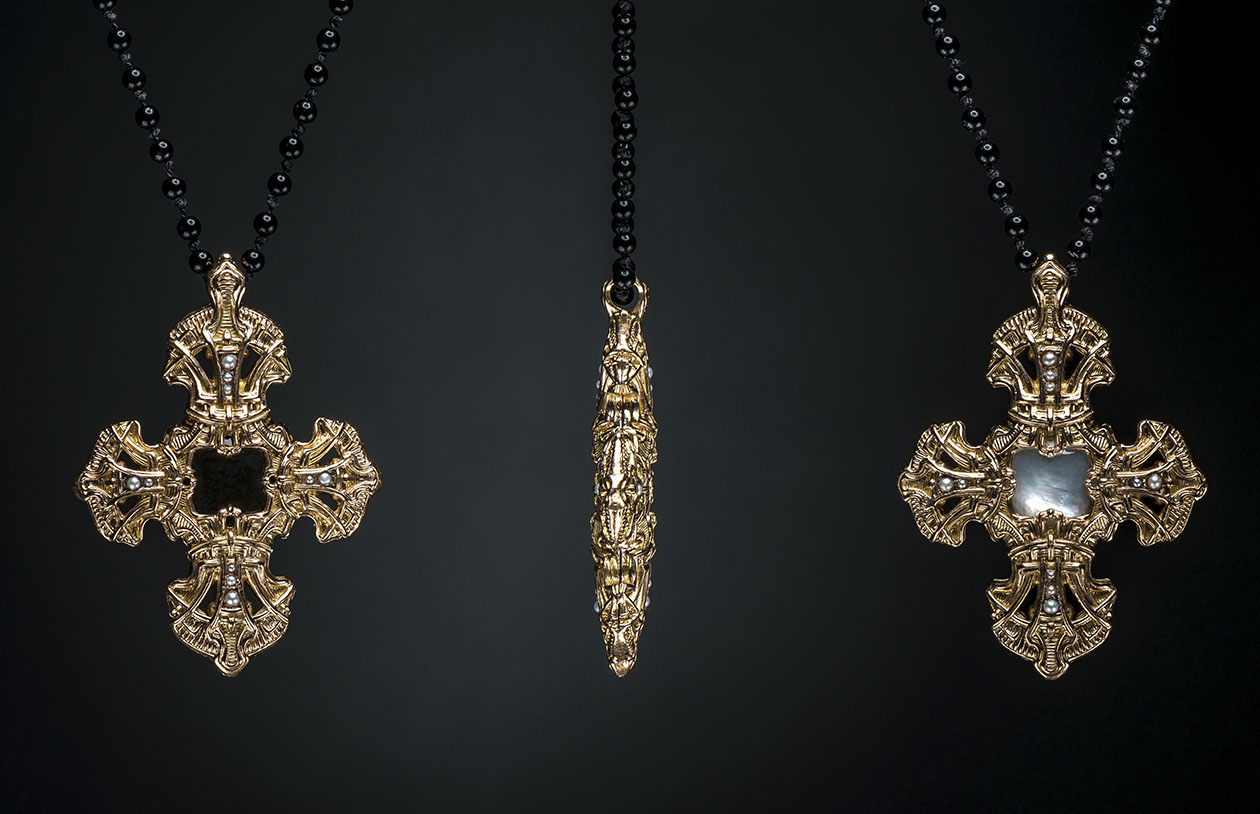 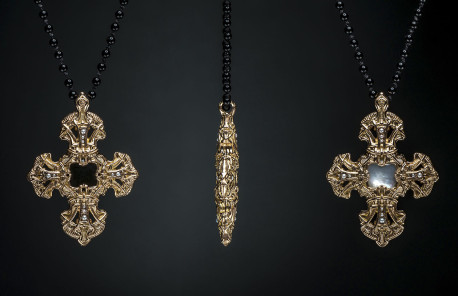