Edition of 500 pieces -
SKU
CG1 KINGMAN
The Kingman is aptly named, without equal in the world of exotic cigar cutters.  The thru hole in the titanium frame will accommodate up to a 52 gauge cigar, and...
Read More
$1,400.00
Pay over time with

The ‘Kingman’ is individually built to order, with shipping times that vary slightly due to production complexities.

We will fulfill orders on a FIRST COME-FIRST SERVED basis:
NEW ORDERS START SHIPPING IN JULY 2022 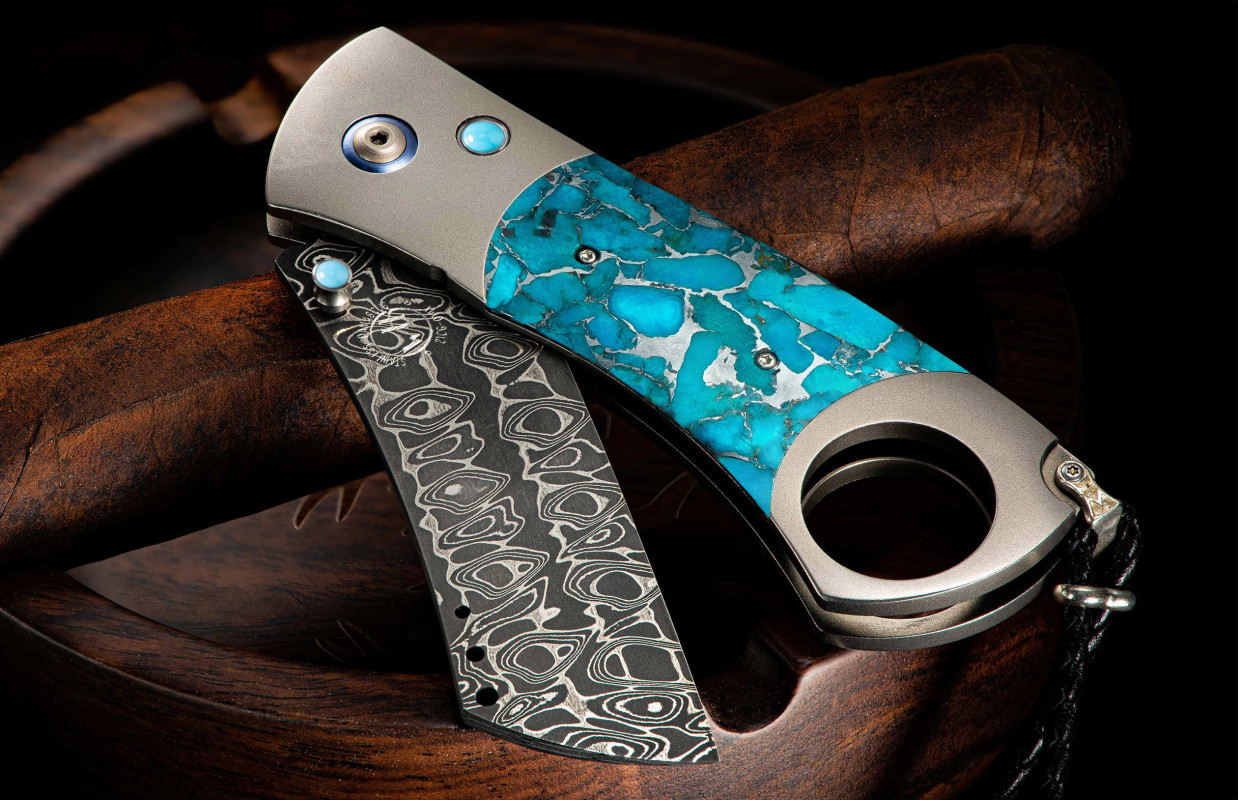 The Kingman is aptly named, without equal in the world of exotic cigar cutters.  The thru hole in the titanium frame will accommodate up to a 52 gauge cigar, and the single sided precision ground damascus blade cuts cleanly thru your preferred smoke.  The damascus is our stainless 'Intrepid' pattern by Chad Nichols, featuring three alloys forged together into a tapestry in steel with an optimum hardness of HRC 59 for wear resistance.  Inlayed Zinc-Matrix Kingman Turquoise is hand-polished to fine luster, and turquoise gemstones, copper, stainless, and sterling hardware complete the presentation.  This piece works beautifully as a cigar cutter and general purpose pocket knife! 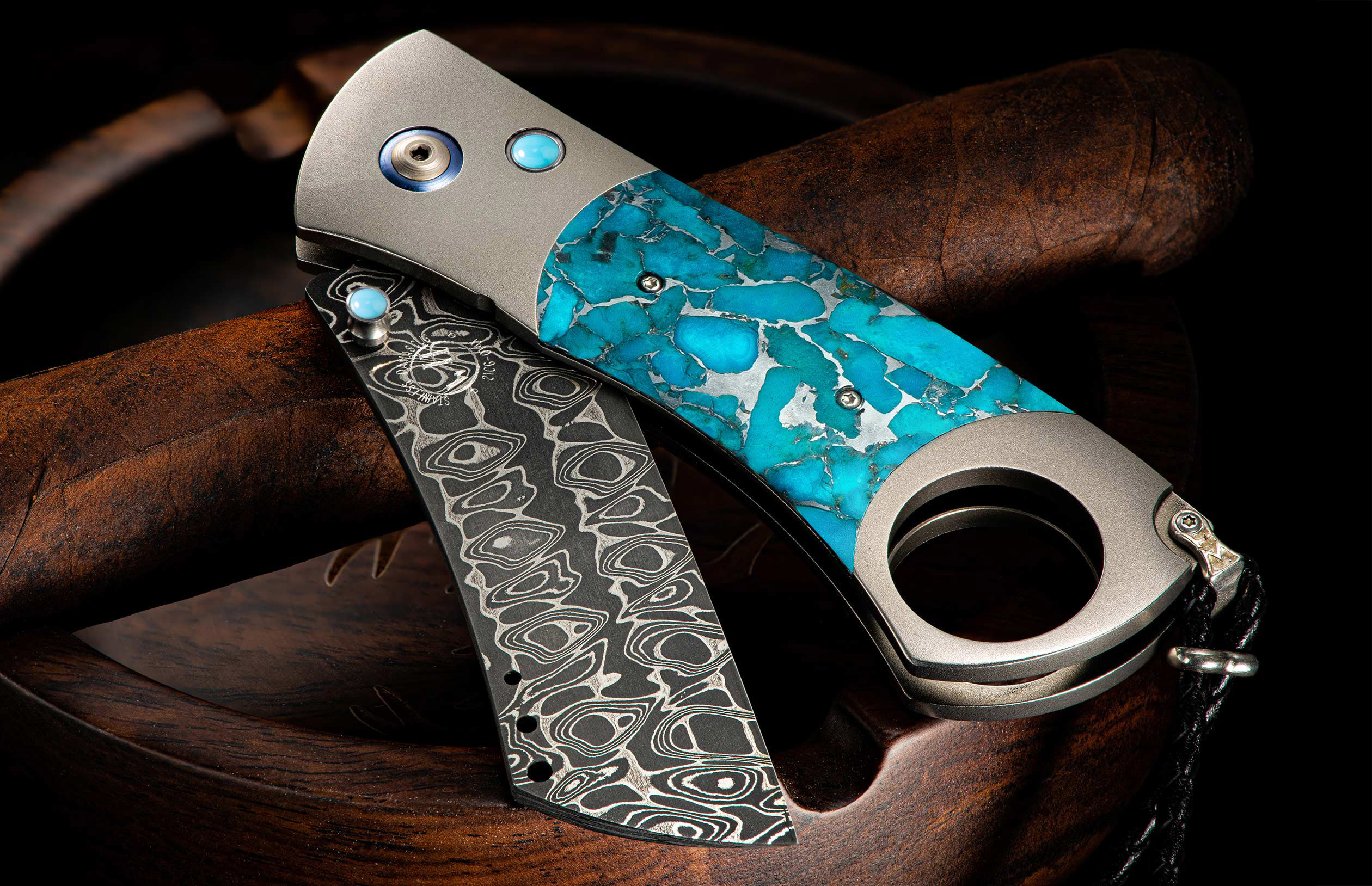 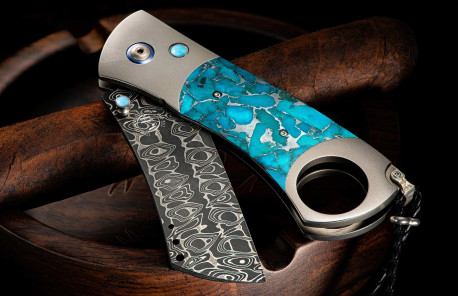