Edition of 250 pieces -
SKU
B09 LAVISH
The Kestrel 'Lavish' features a beautiful frame in 'Twist' mokume gane by Mike Sakmar, inlaid with a ring section of a 10,000 year-old Woolly Mammoth tusk. The blade...
Read More
$1,650.00
Pay over time with 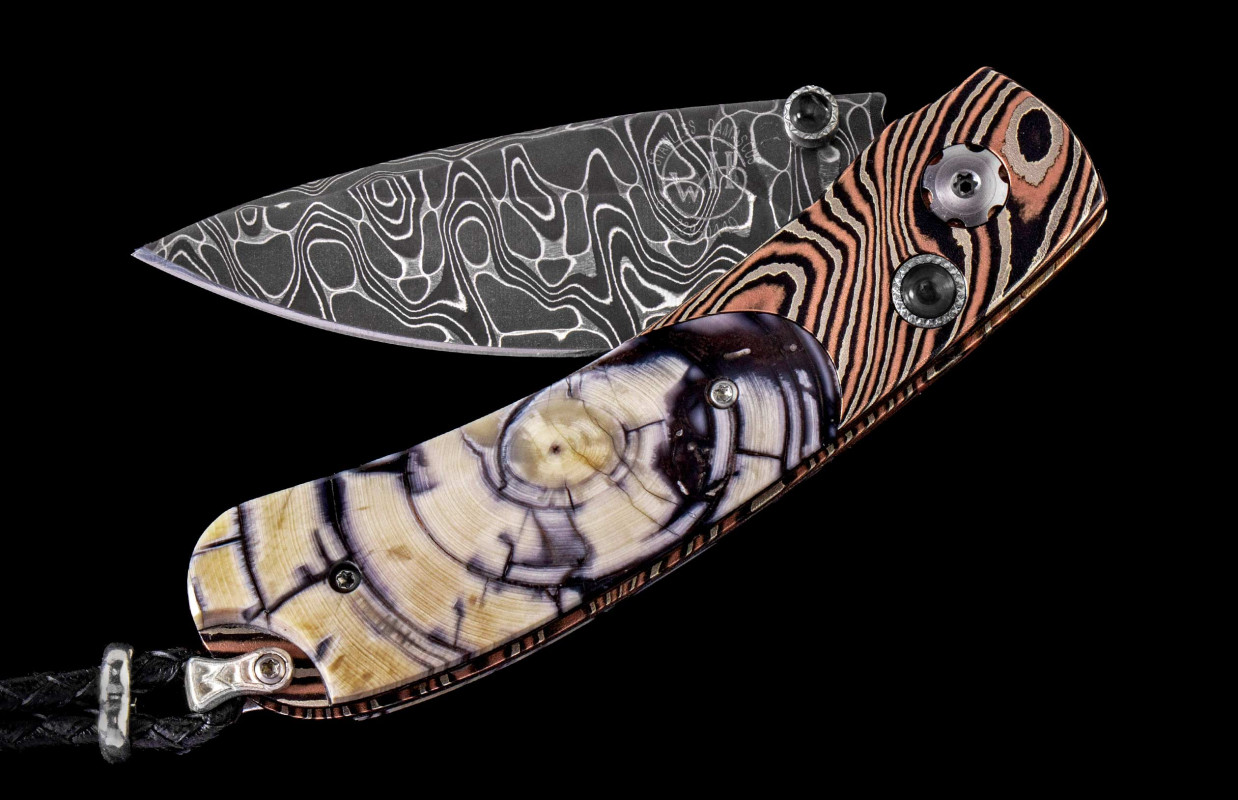 The Kestrel 'Lavish' features a beautiful frame in 'Twist' mokume gane by Mike Sakmar, inlaid with a ring section of a 10,000 year-old Woolly Mammoth tusk. The blade is hand-forged 'Intrepid' damascus by Chad Nichols; the one-hand button lock and the thumb stud are set with black onyx gemstones. The Kestrel is a compact but versatile folder that works and presents beautifully in any situation; the design, which offers a deep finger groove at the intersection between the handle and blade, makes this knife remarkably comfortable in the hand while being very small and easy to carry. The ‘Lavish’ features the exotic materials and hand-forged metals that are the hallmark of William Henry's collections; a distinctive personality statement to be worn and used for a lifetime. 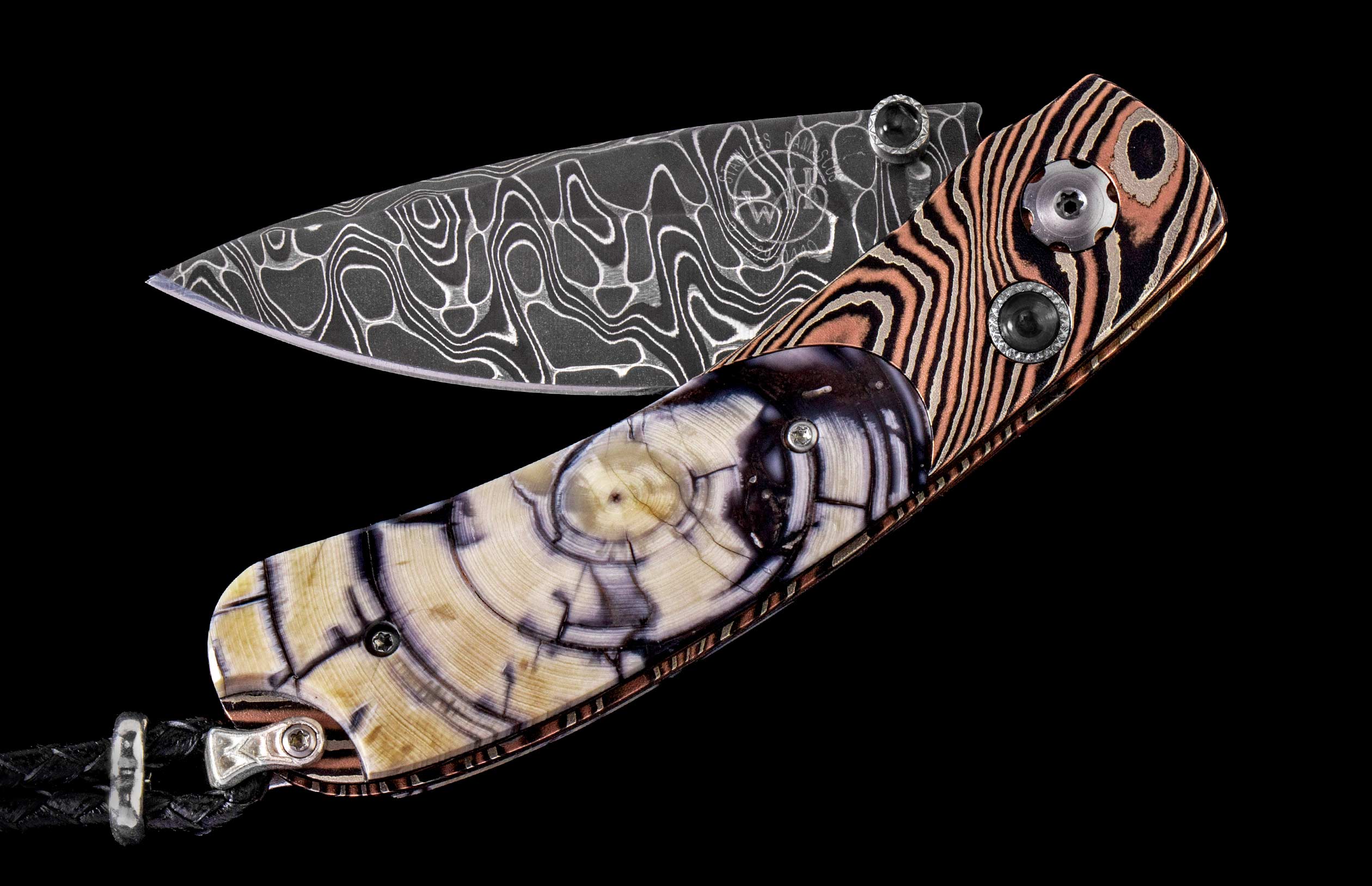 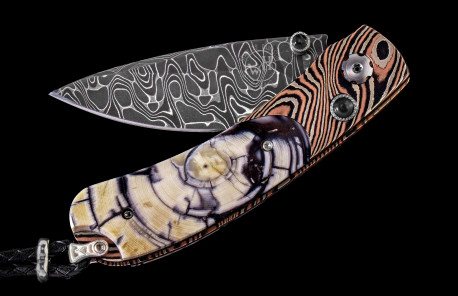