SKU
P55 YG
The Pax is a beautifully sculpted cross infused with pattern and texture inspired by medieval armor.  This smaller necklace wears perfectly on its own, or it can...
Read More
$4,500.00
Sizing Info
Pay over time with 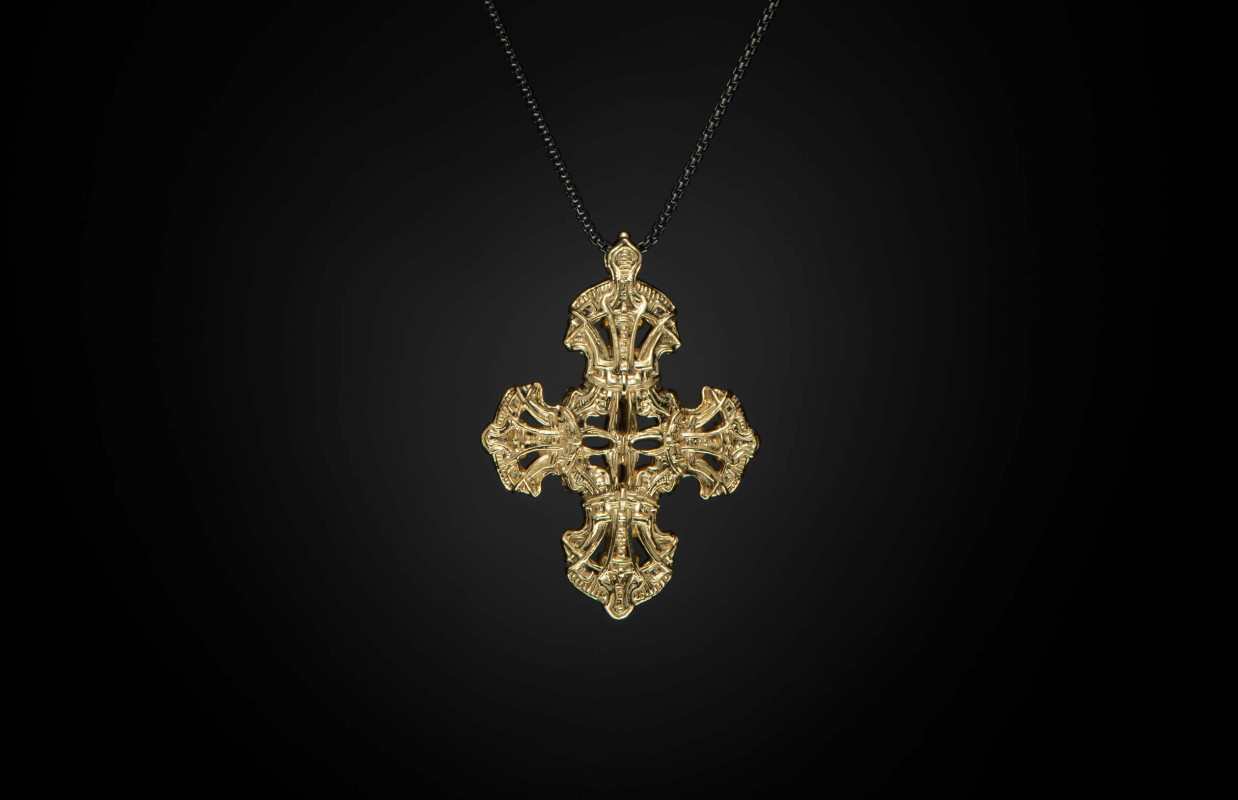 The Pax is a beautifully sculpted cross infused with pattern and texture inspired by medieval armor.  This smaller necklace wears perfectly on its own, or it can be layered with other pieces on the neck to make whatever statement fits your style.  Crafted from solid 18K gold, Pax is presented on a lovely rounded black box chain at 1.8mm diameter with a lobster clasp closure, and both chain and clasp are sterling silver to create a luxurious piece to serve for a lifetime. 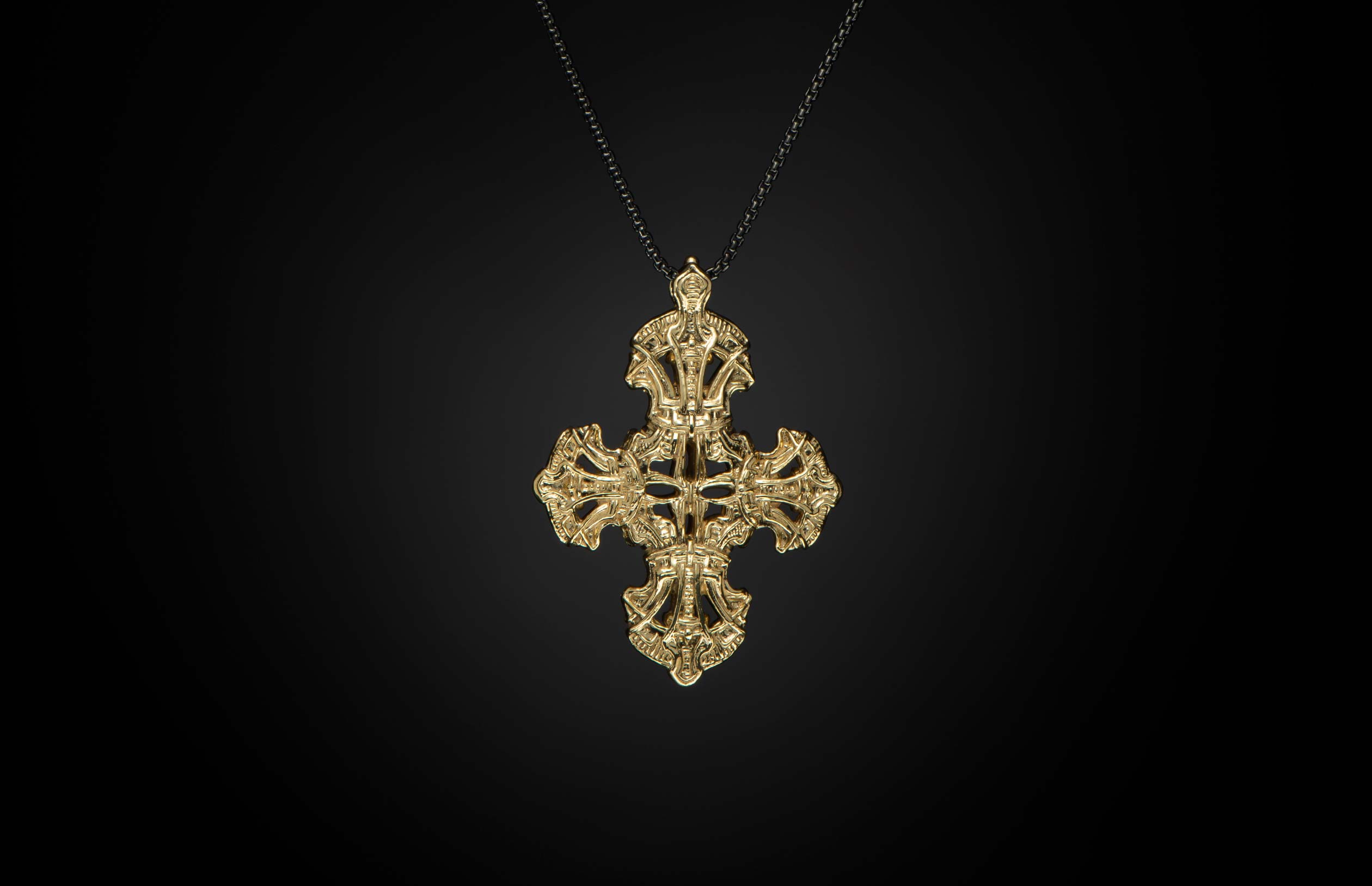 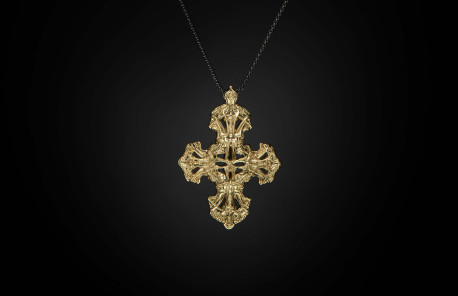