SKU
P43 FD
This stunning piece features a scale of Fordite (aka 'Motor City Agate') that has been carefully inlaid into a sculpted sterling dog tag and hand polished to a seamless...
Read More
Sizing Info
Pay over time with 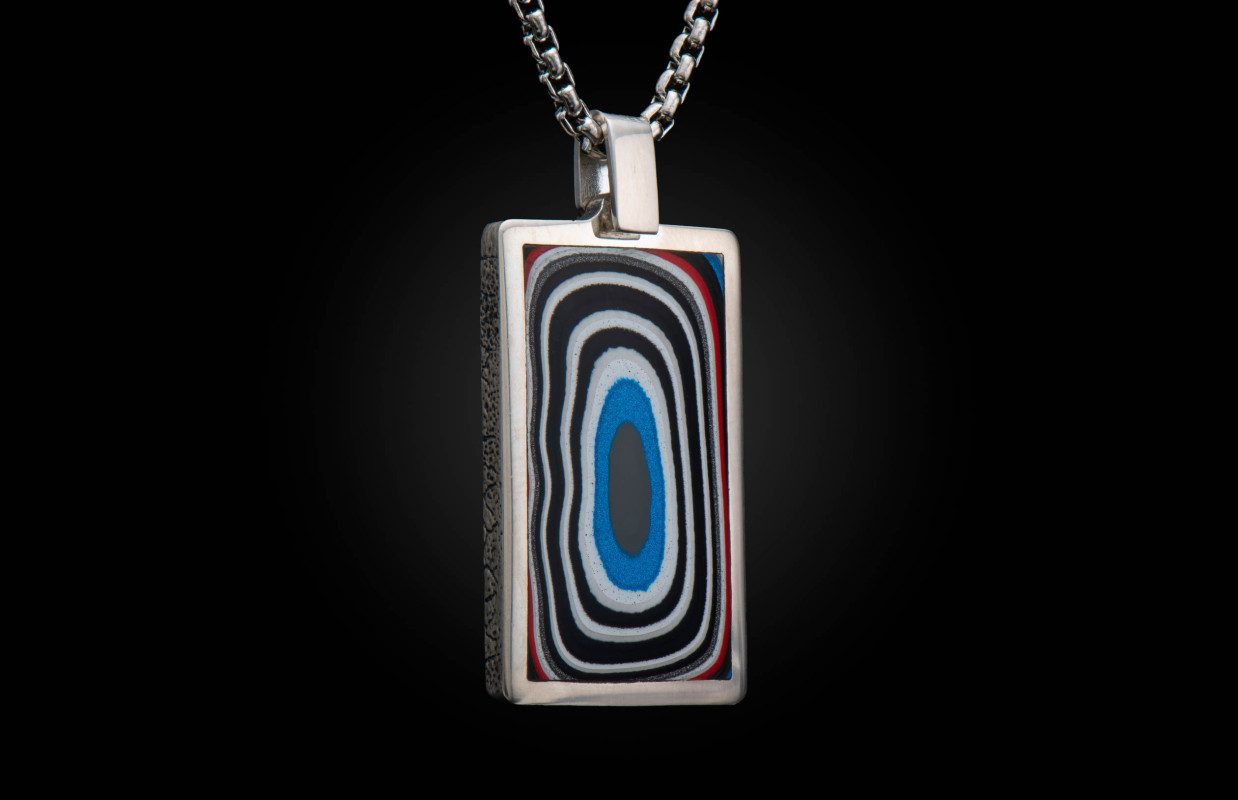 This stunning piece features a scale of Fordite (aka 'Motor City Agate') that has been carefully inlaid into a sculpted sterling dog tag and hand polished to a seamless finish. The reverse side has space to engrave a personal mantra, message, date, or whatever completes your story. Offered on a sterling silver chain. 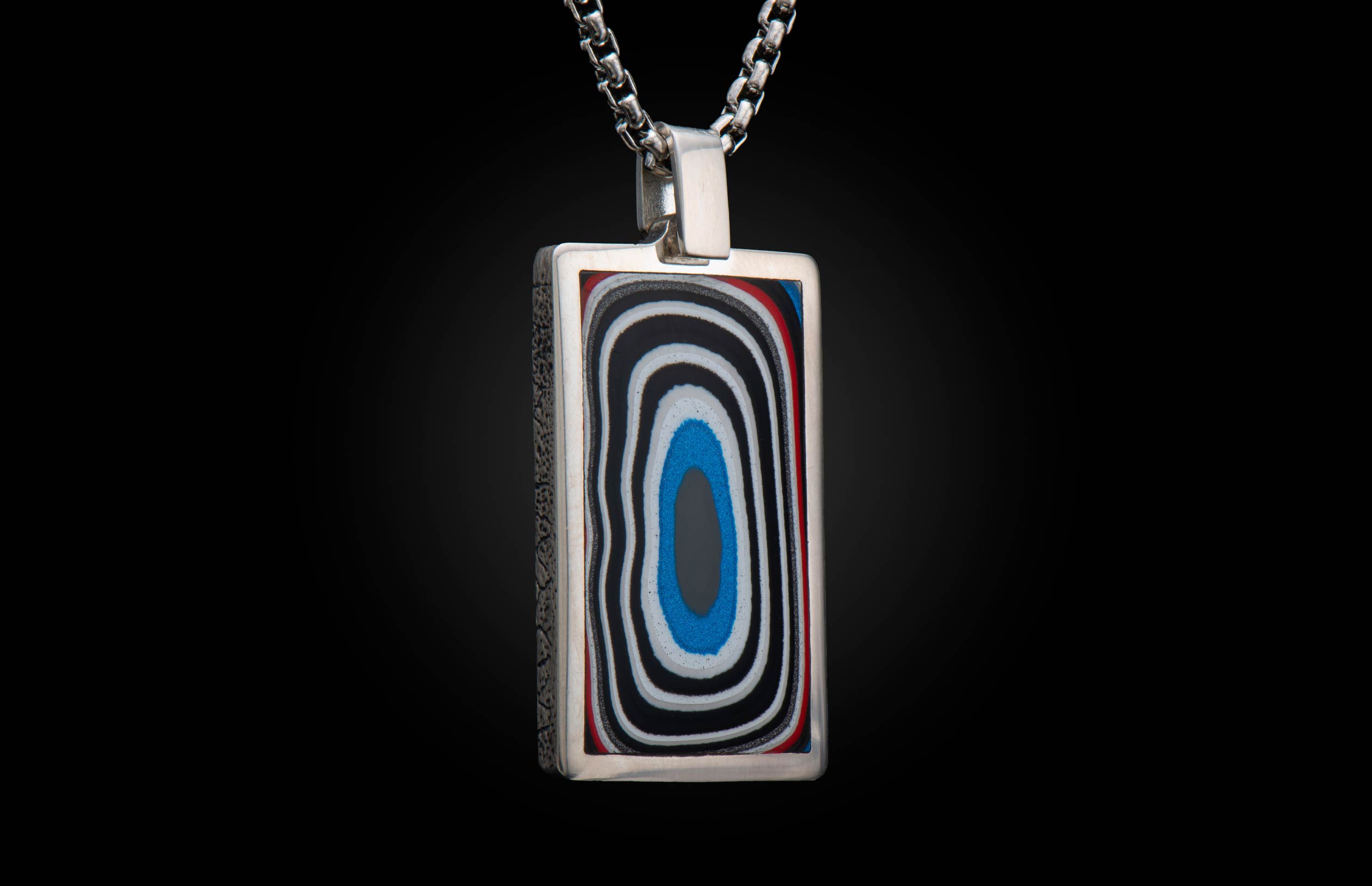 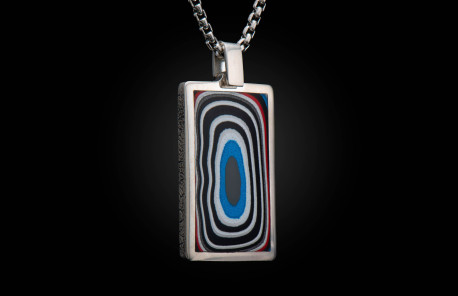 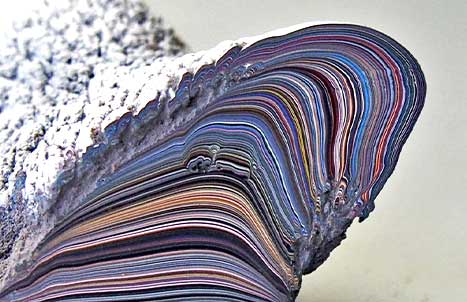