SKU
P53 YG
The Bandit is as clean and honest as it gets. A striking dagger, rendered in solid 18K yellow gold with a sterling silver bale, in a design so simple and timeless...
Read More
$1,250.00
Pay over time with 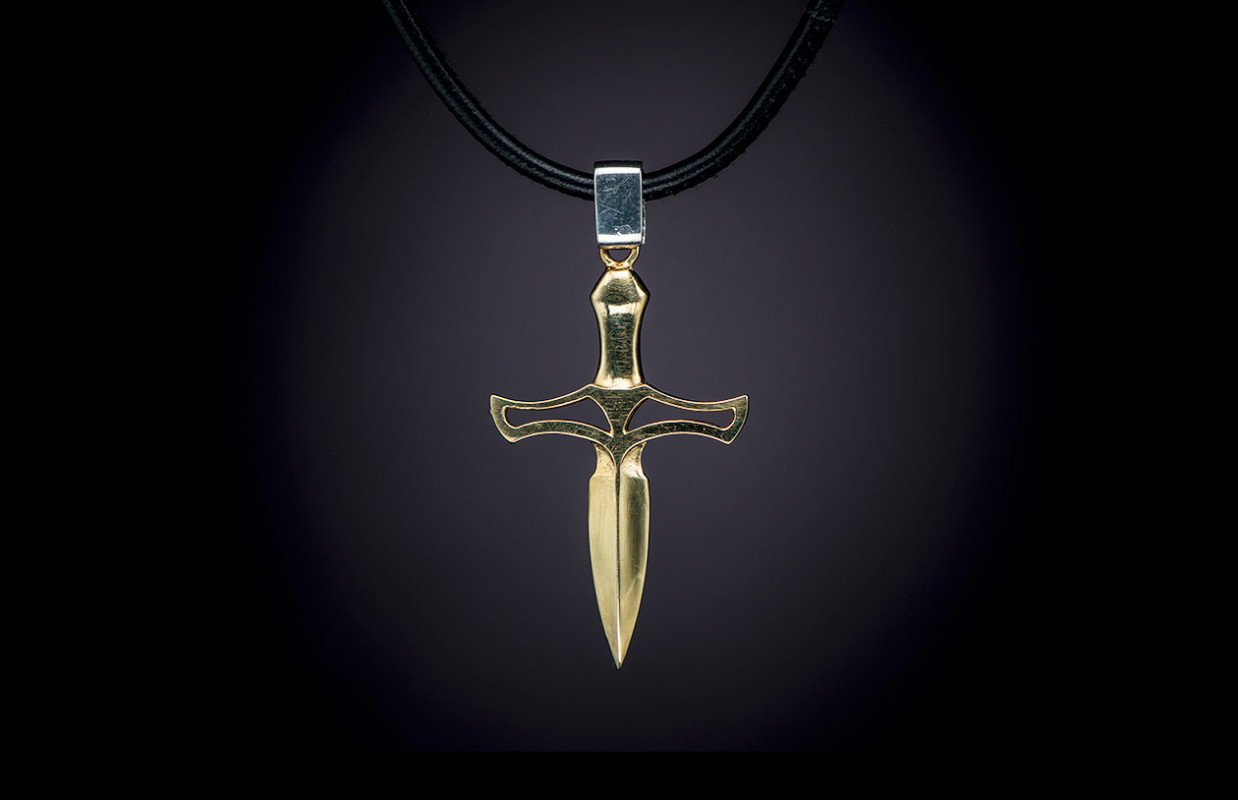 Skip to the beginning of the images gallery
The Bandit is as clean and honest as it gets. A striking dagger, rendered in solid 18K yellow gold with a sterling silver bale, in a design so simple and timeless that it needs no embellishment. Offered on a finely stitched black leather cord with our ‘arrow’ toggle closure system. Small enough to wear layered with other pieces, bold enough to stand alone in the spotlight. 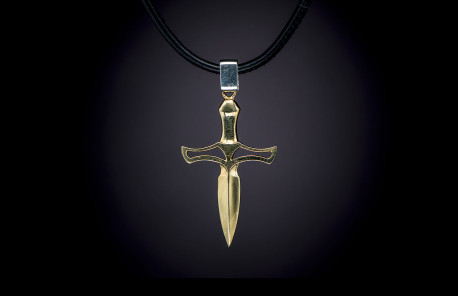