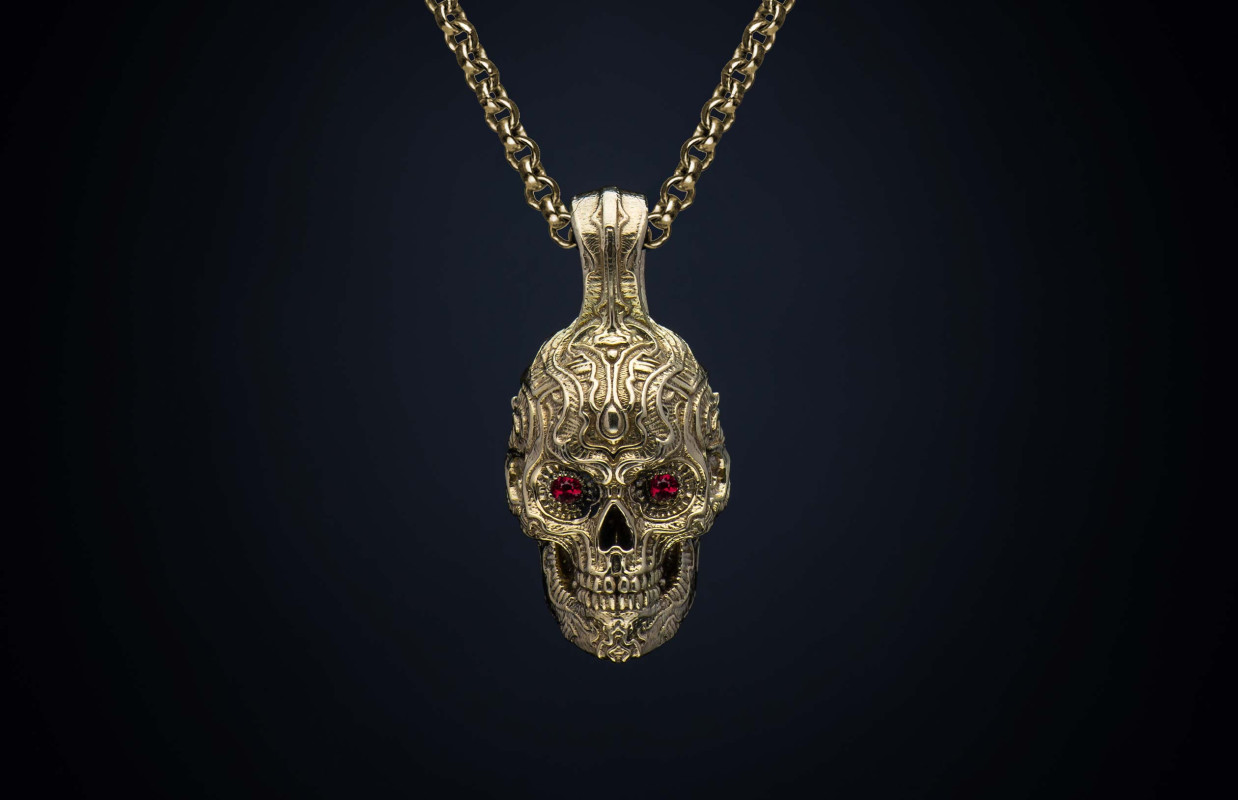 Skip to the beginning of the images gallery
Command the horizon with this remarkable pendant. ‘Sugar skull’ sculpted from solid 18K yellow gold with rubies set in the eyes. Offered on a 18K gold chain. The Captain does not have to prove anything - but that does not mean you can’t walk with a little swagger, and this piece delivers just the right amount. 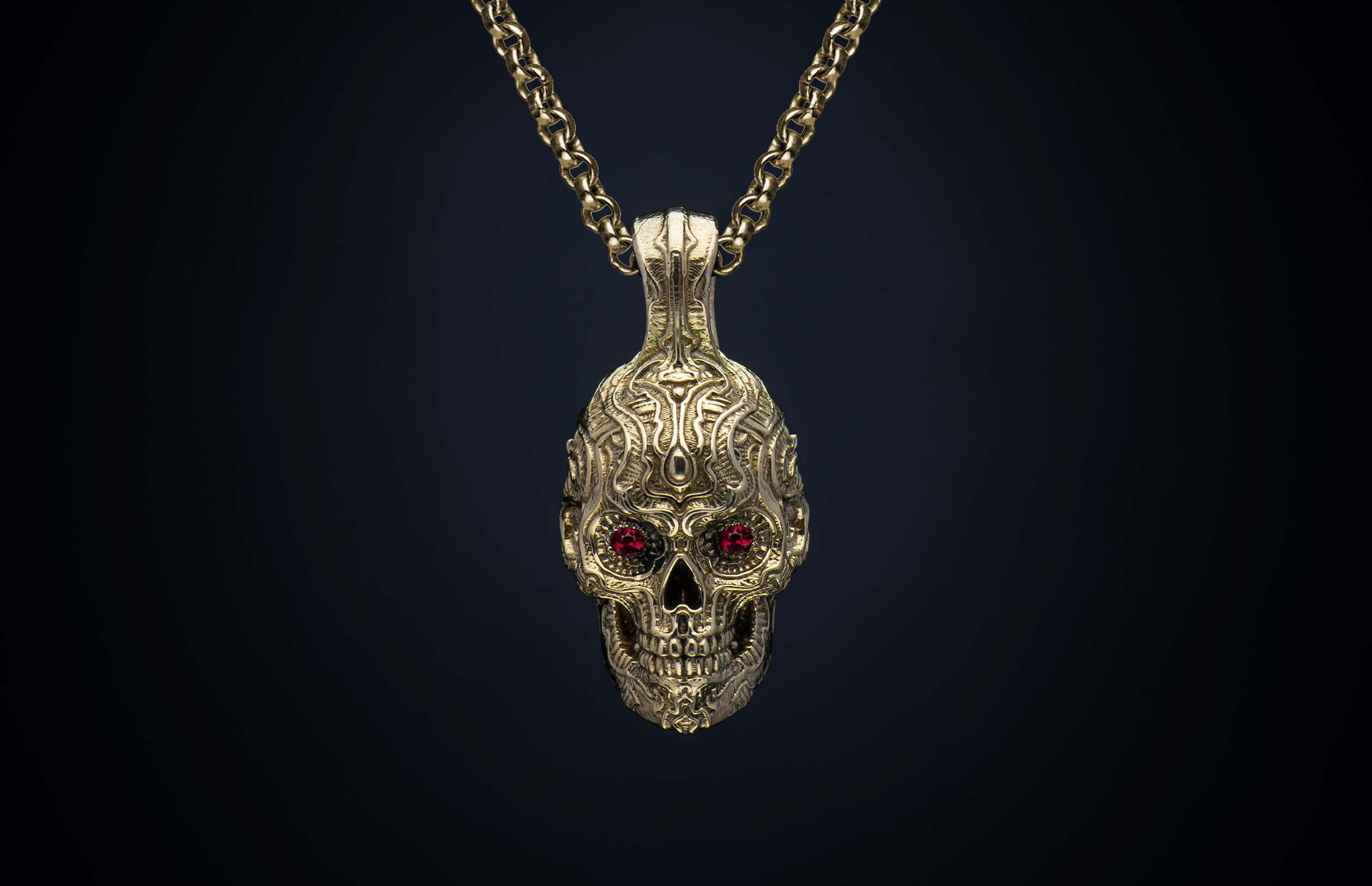 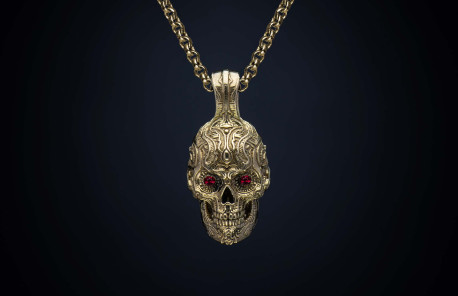