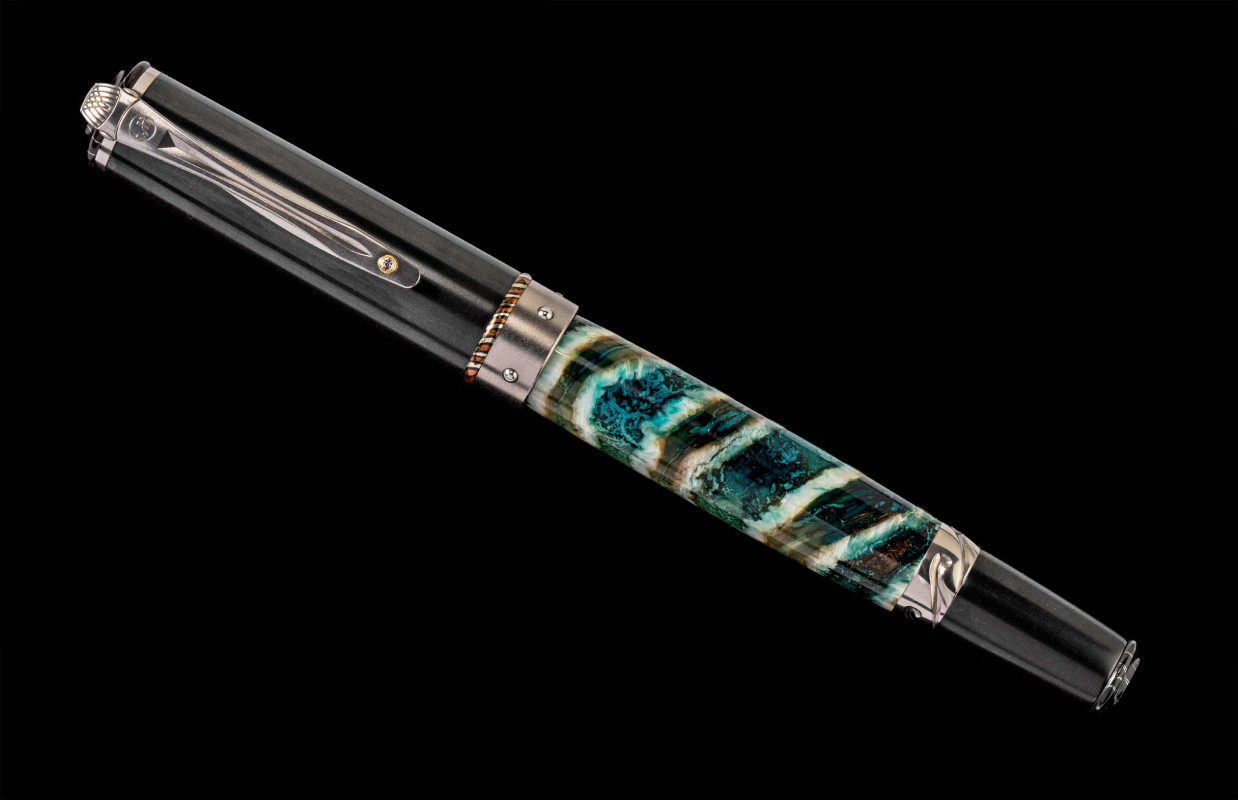 The Cabernet 'Green Mammoth' is a mesmerizing rollerball pen featuring a barrel in 10,000 year-old fossil Woolly Mammoth tooth, and a light structure in aerospace grade titanium and aluminum. The accents on the carbon fiber cap are in damascus and mokume gane; the pocket clip is set with a sapphire. This beautiful writing instrument also features William Henry's patent-pending Wavelock™ cap closure system – a ring of chromium steel balls embedded in a titanium ring which are captured in wave-shaped grooves in titanium collars for closed and post positions.
This is one of William Henry's most exclusive writing instruments, each one imbued with a distinct and unique personality. 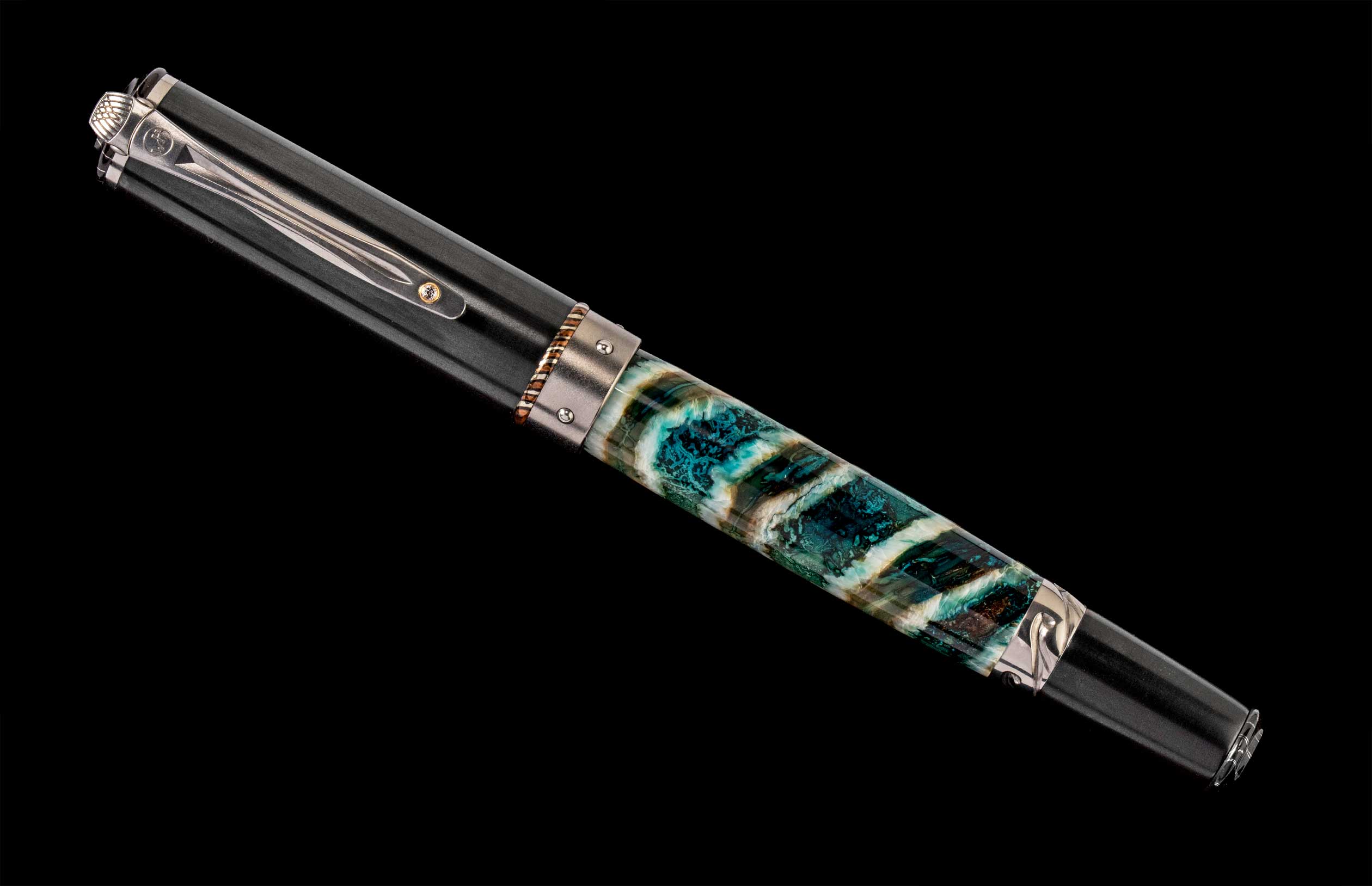 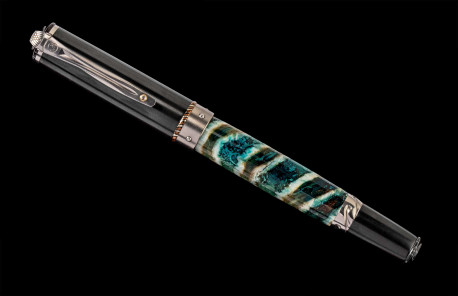