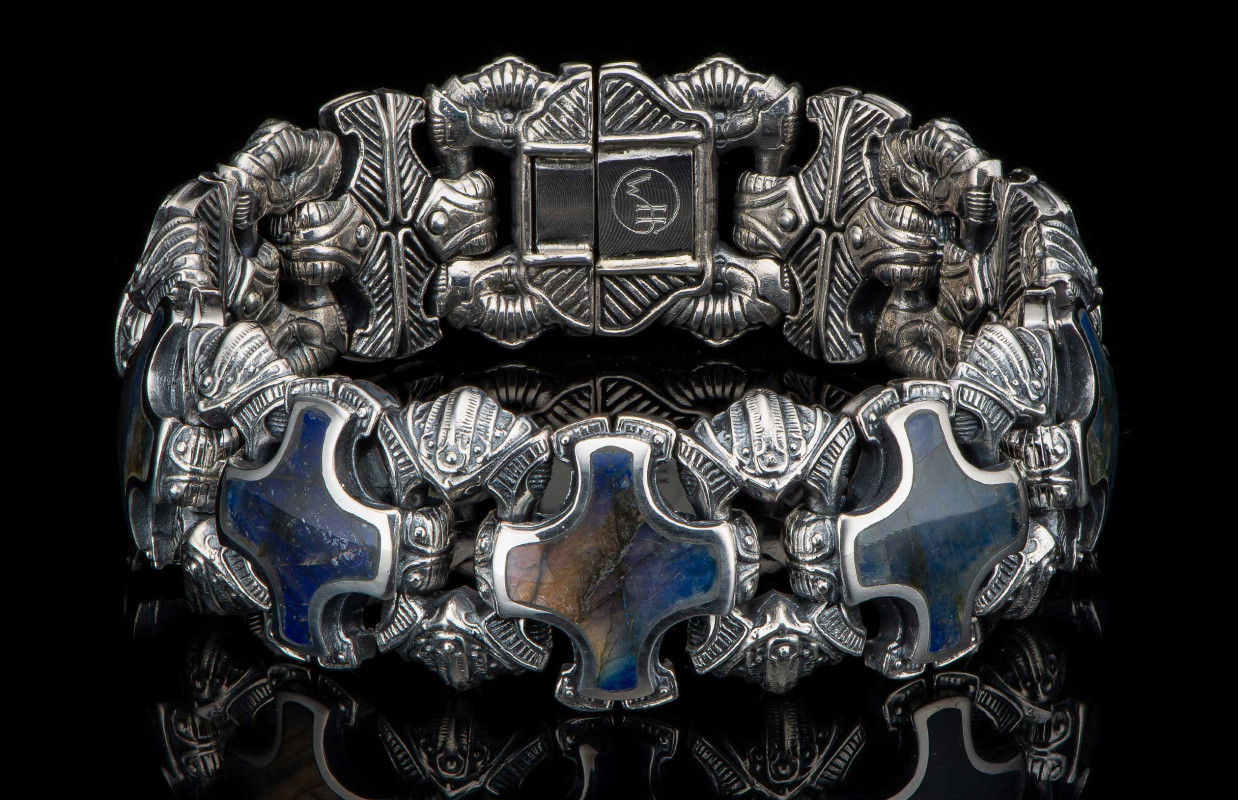 The ‘Lux’ features heavy sculpted sterling silver links inlaid with Labradorite. The undulating tones of blue, green, purple, and black play against the natural grain of the material, revealing a new perspective with each turn of the wrist. This fine piece of William Henry jewelry has been finished with our stainless button lock clasp and set with a genuine white topaz. 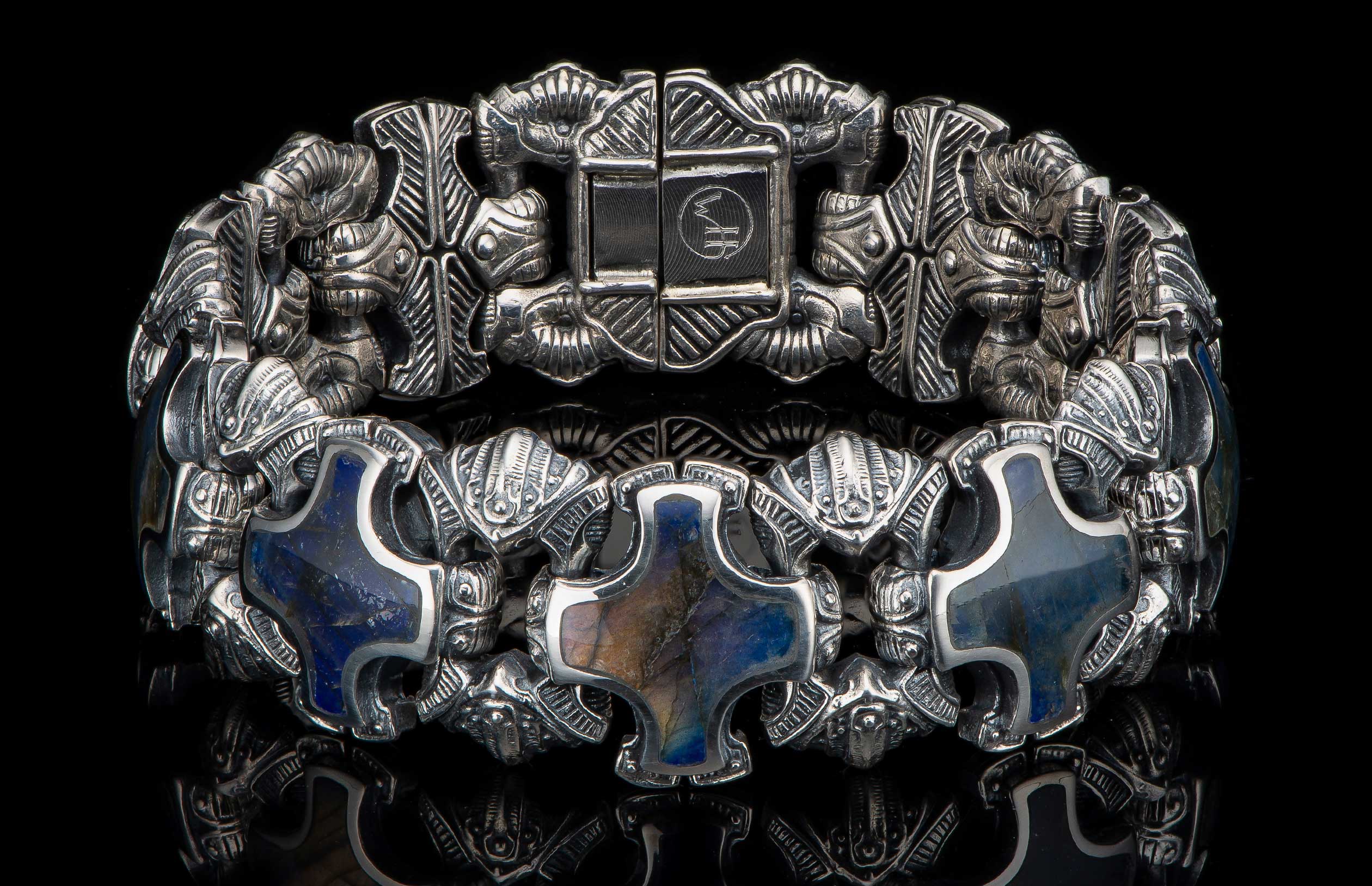 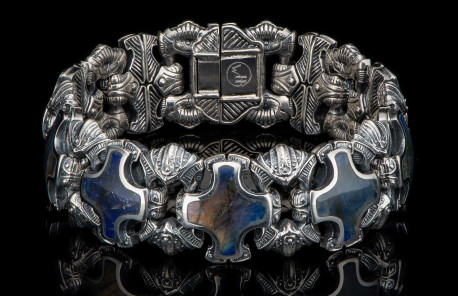