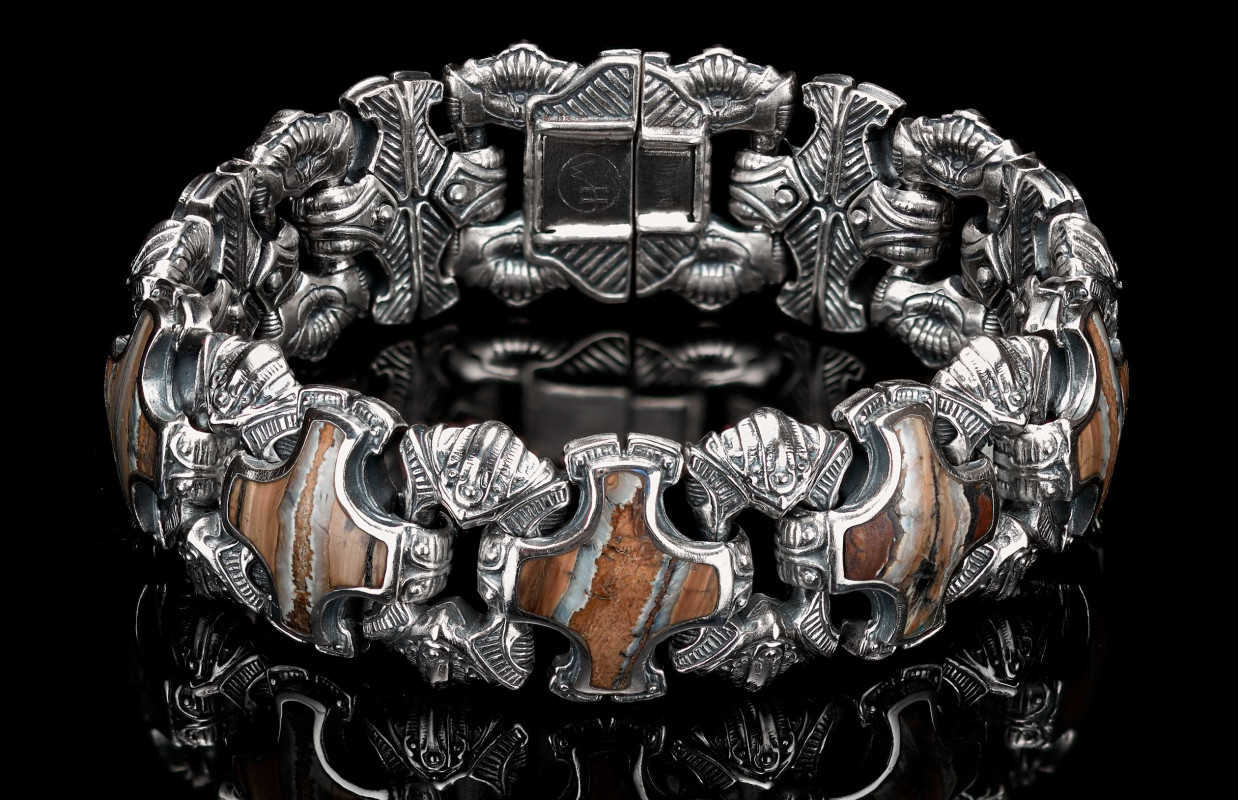 Want to make your own history by wearing it? The 'Aleksius' features heavy sculpted sterling silver links inlaid with 10,000 year-old fossil Woolly Mammoth tooth, the last remaining legacy of a legendary creature that walked the earth at the dawn of civilization. Found on the seafloor and brought to the light after thousands of years, each tooth is unique, so every piece we cut and inlay is unique and tells its own story. Finished with our stainless button lock clasp inlaid with a genuine diamond. 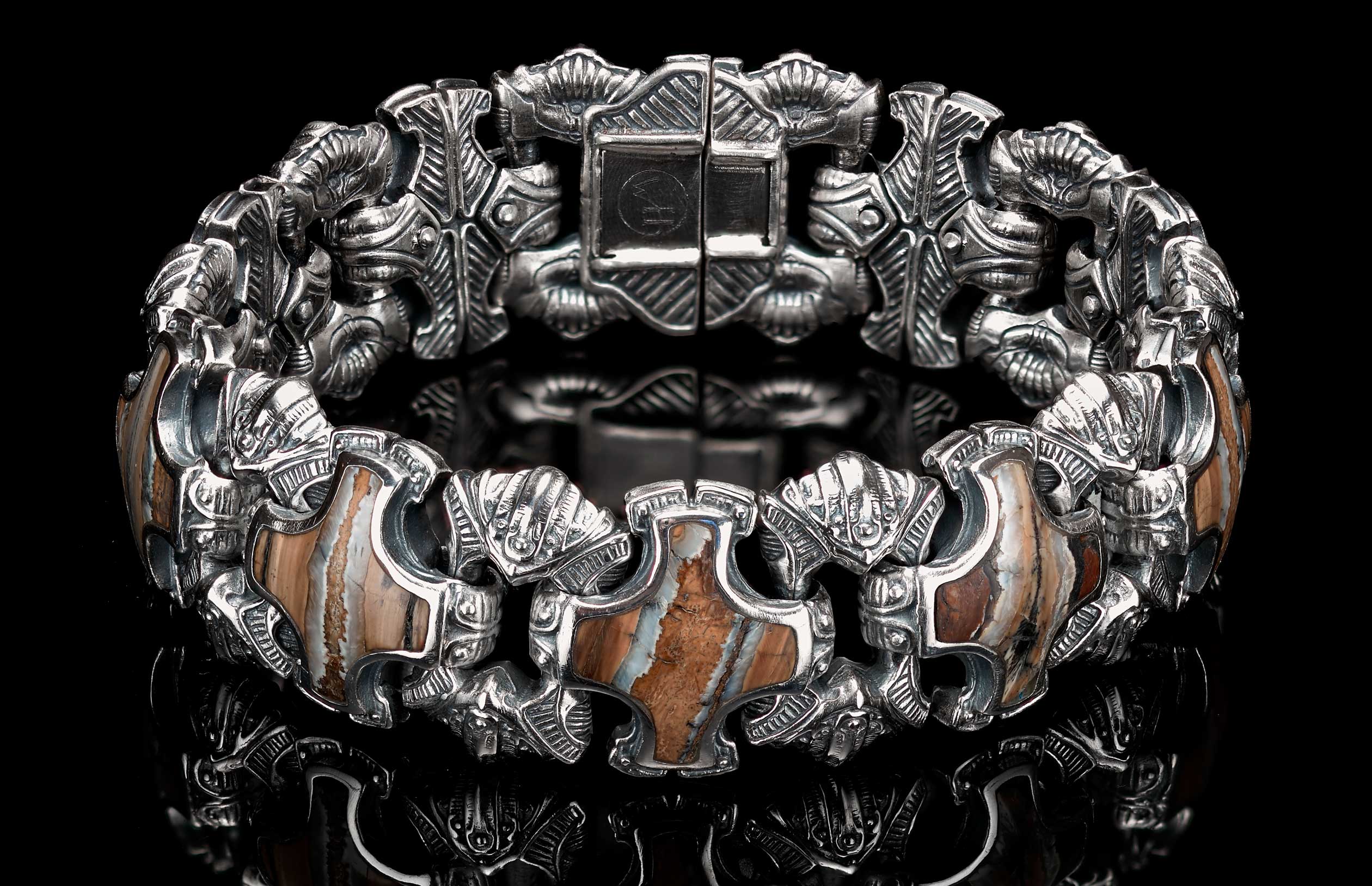 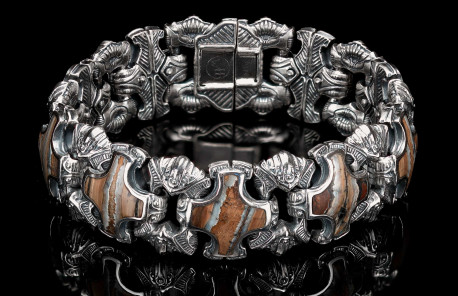