SKU
BR5S DB RB
Want to make your own history by wearing it? The 'Grandis' features heavy sculpted sterling silver links inlaid with dinosaur bone that dates back at least 100...
Read More
$2,750.00
Sizing Info
Pay over time with 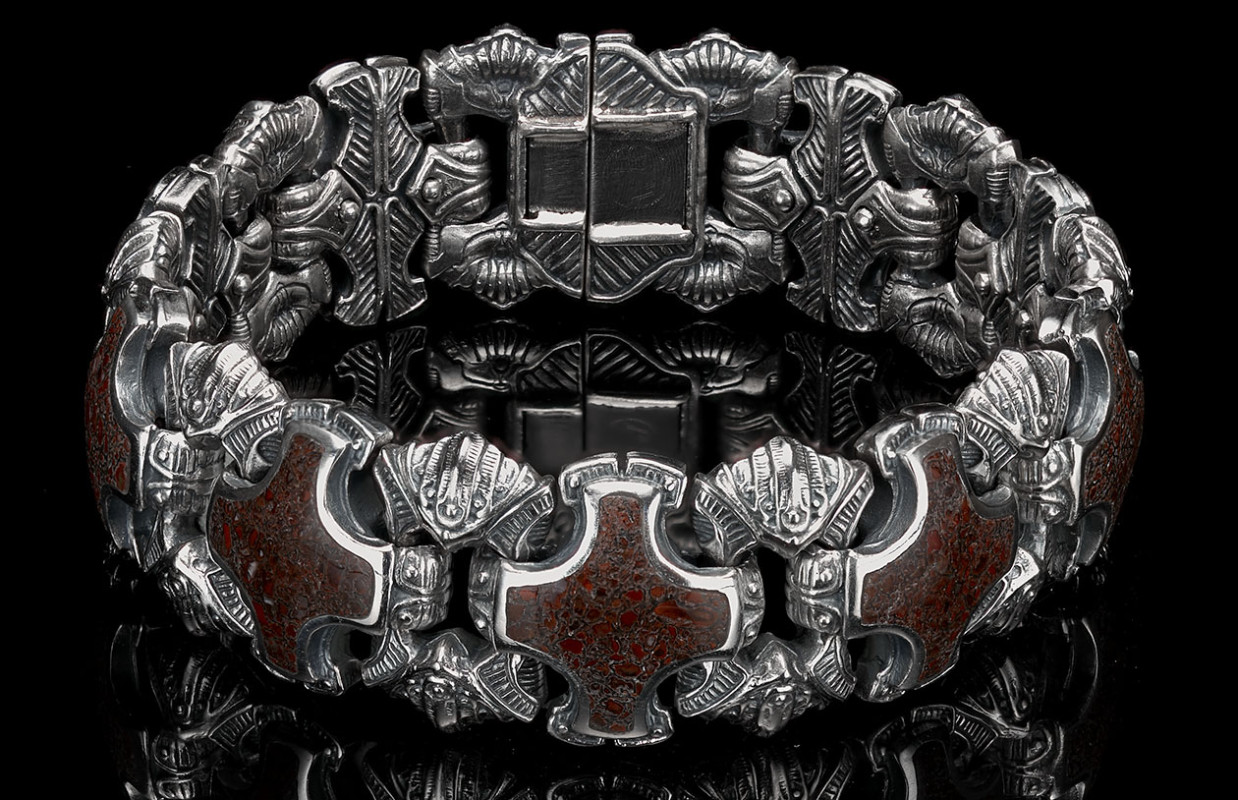 Skip to the beginning of the images gallery
Want to make your own history by wearing it? The 'Grandis' features heavy sculpted sterling silver links inlaid with dinosaur bone that dates back at least 100 million years. Found in the American West, this organic fossil has now petrified into remarkable stone with fine patterning and distinct colors that vary from piece to piece. No two fossils are alike, so every piece we cut and inlay is unique and tells its own story. Finished with our stainless button lock clasp inlaid with a genuine diamond. 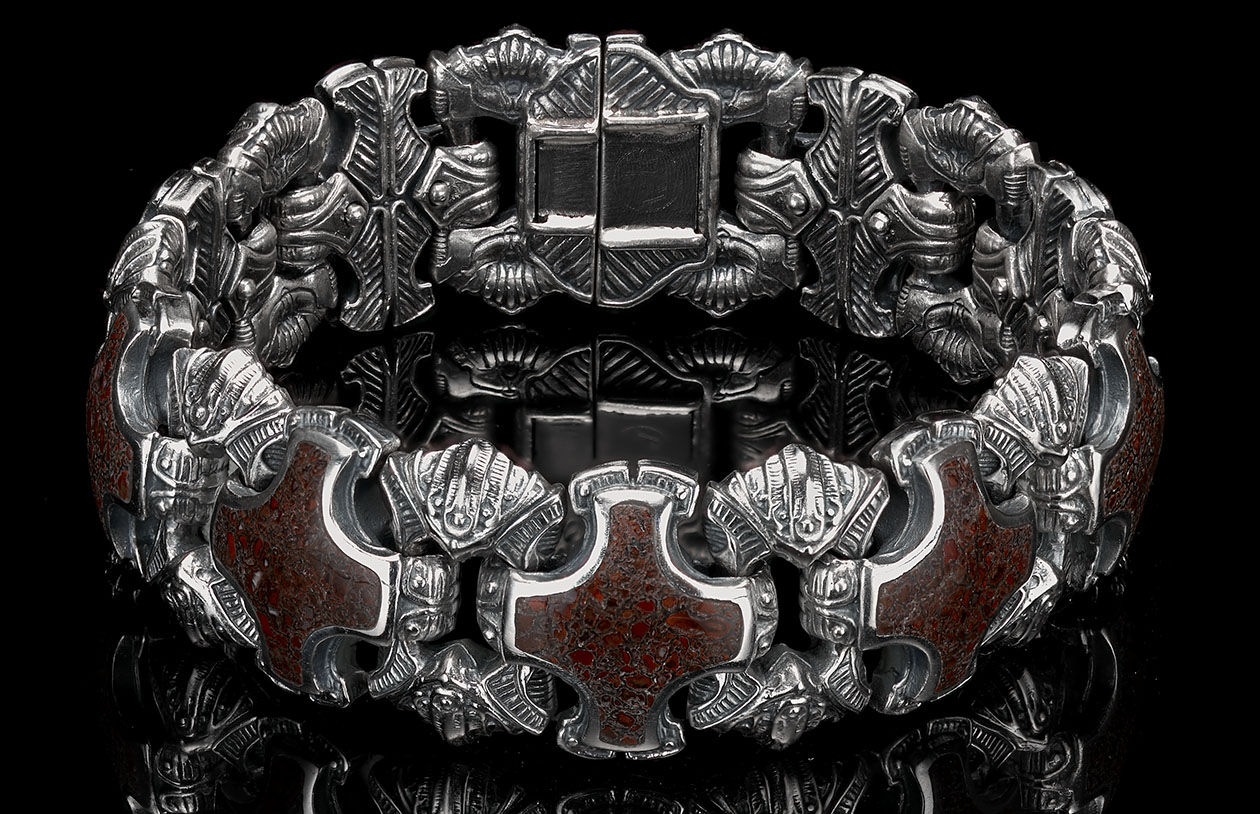 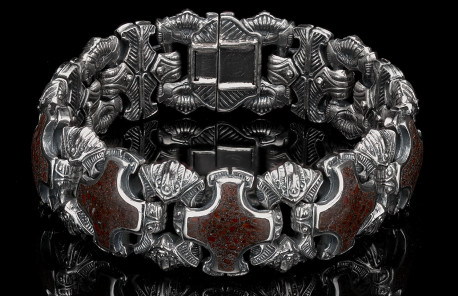