SKU
BB6 MT BR
This bracelet is built around a centerpiece that features a bead crafted from 10,000 year old woolly mammoth tooth, found on the seafloor in select locations. Once...
Read More
$550.00
Sizing Info
Pay over time with 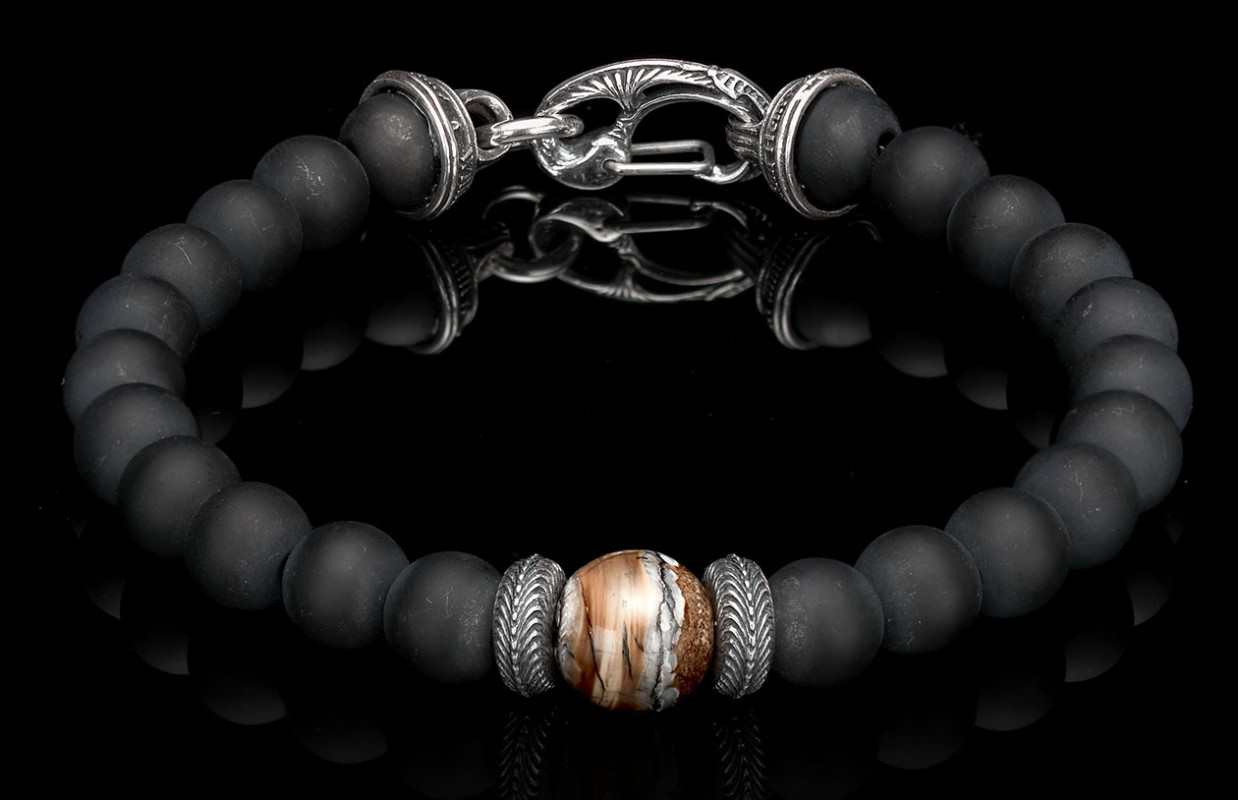 Skip to the beginning of the images gallery
This bracelet is built around a centerpiece that features a bead crafted from 10,000 year old woolly mammoth tooth, found on the seafloor in select locations. Once harvested, the tooth has to dry for 2 years. Every bead is unique in pattern and color. Flanked by sterling silver and frosted black onyx and with a comfortable and secure sterling clasp system. Whether you are in denim or business attire, the 'Clan' wears beautifully and adds your own distinct style. Great on its own or layered with other pieces. 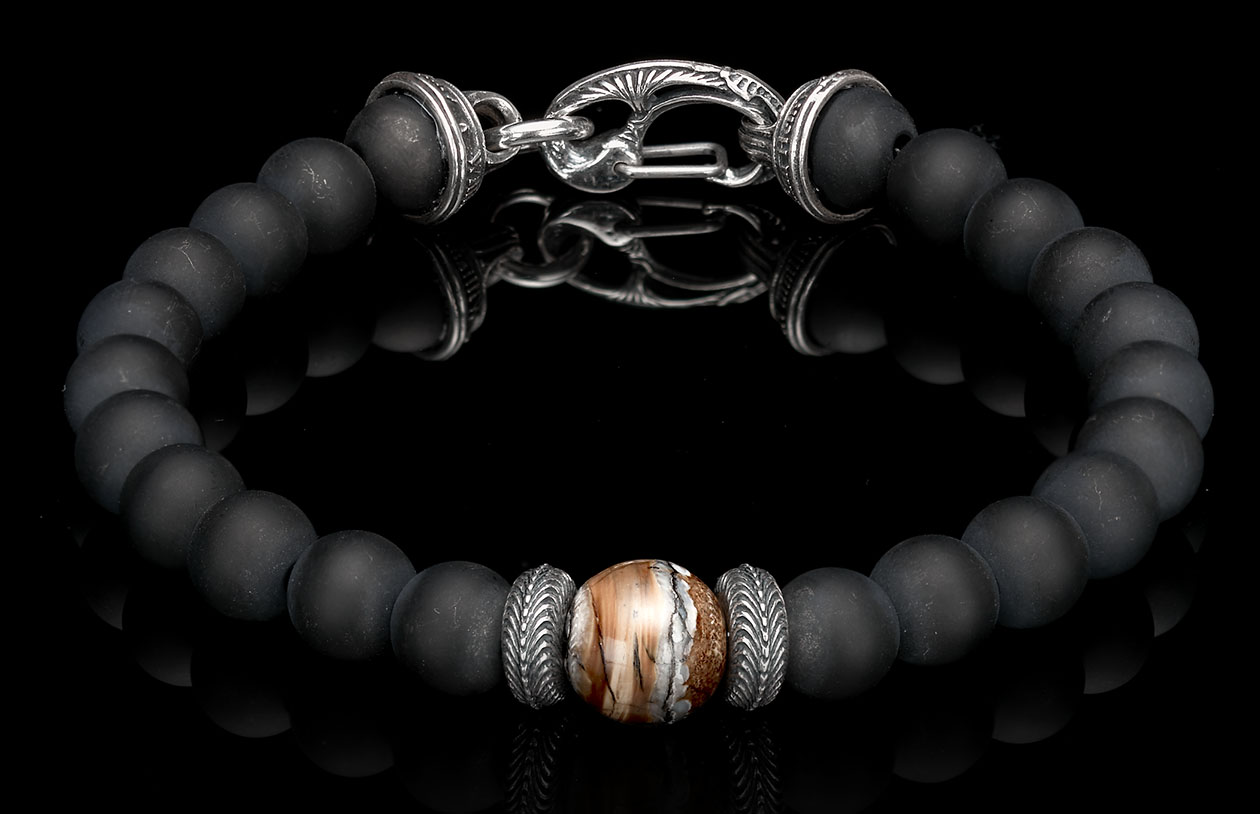 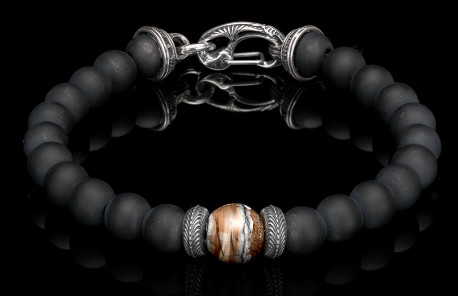