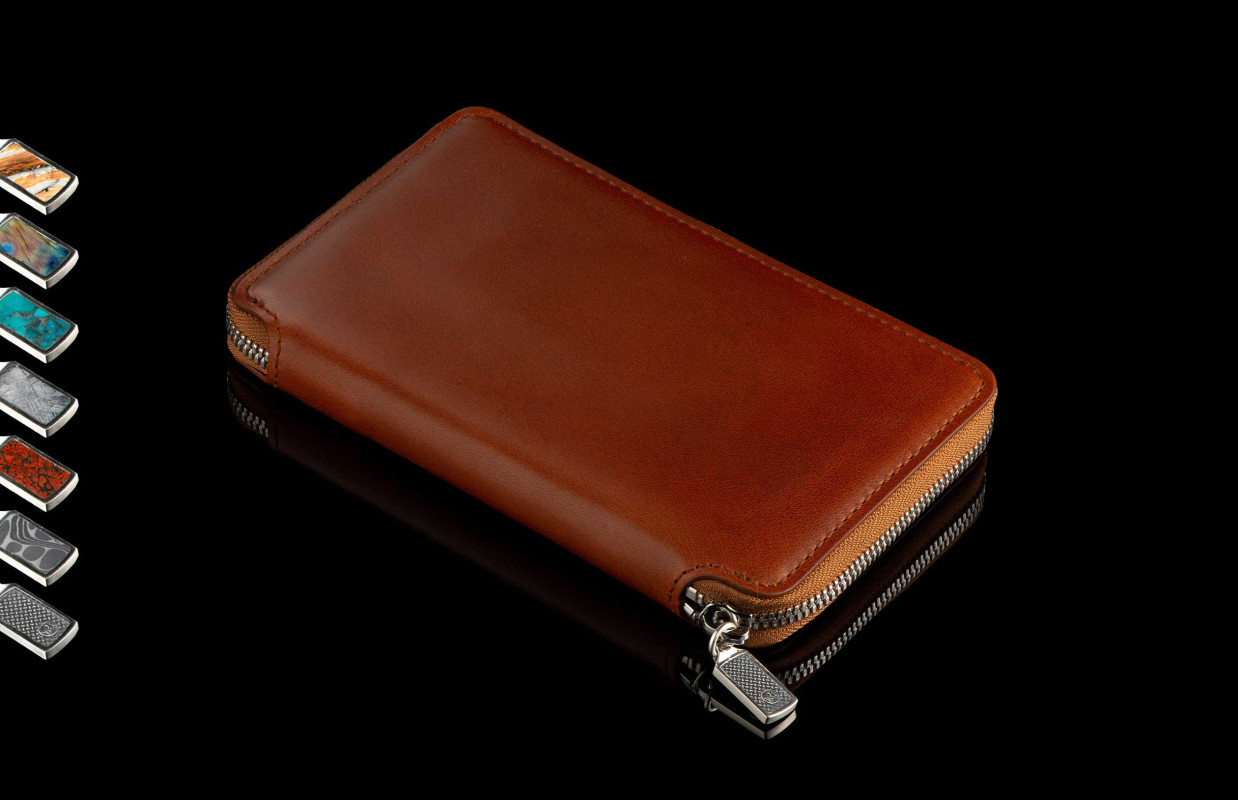 The wallet, reimagined for the 21st century– the Bourbon Zip Wallet is beautifully crafted using premium harness leather from German tannery Richard Hoffmans, with fine finishes inside and out on gorgeous full-grain material. Every section features an RFID lining to safeguard your personal information and this wallet is designed to safely carry your iPhone or other full-size smart phone, along with ample pockets for everything else while still being comfortable and portable. Includes 2 sterling silver zipper pulls; the external zip pull can be upgraded with our hallmark exotic inlays. The wallet comes embossed with a unique serial number. Finesse at every level.