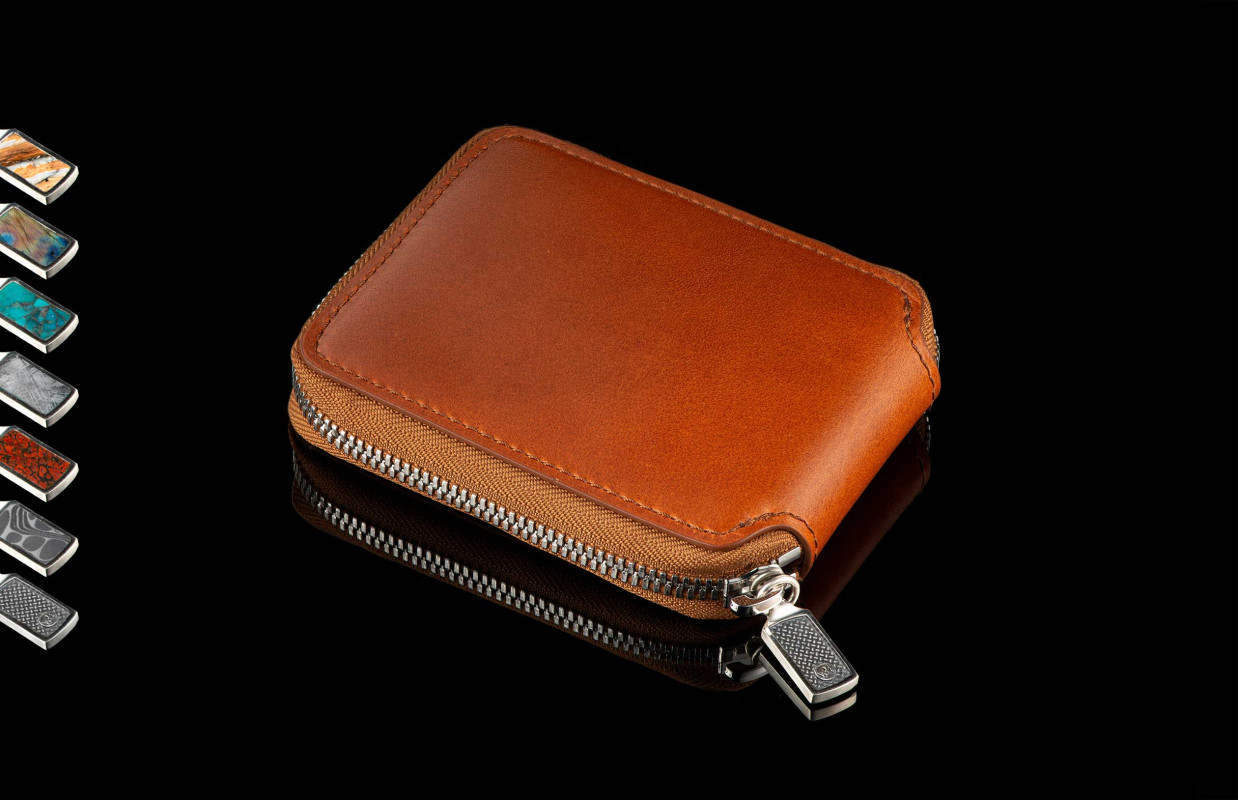 Style and substance well met, the Bourbon Bi-fold Zip Wallet is beautifully crafted using premium harness leather from the German tannery Richard Hoffmans, with fine finishes inside and out on gorgeous full grain material. Every section features an RFID lining to safeguard your personal information. Easy in the pocket or bag, this construction includes the main billfold, five card slots, an auxiliary pocket, and the elegant lines and detailing that are hallmarks of the William Henry brand. Includes a unique serial number for that exceptional finishing touch, and a custom sterling silver zipper pull that can be upgraded with exquisite exotic inlays.